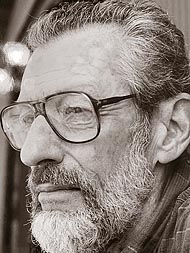 Wilson Hopkins “Tony” Bent died peacefully and with family present after a brief illness, on Dec 17, 2019, at Soin Medical Center in Beavercreek. He was 95 years old.

Tony was born April 21, 1924, in Chicago, Ill., and moved as an infant to Berea, Ky., where he spent the remainder of his childhood. In Berea, he made such lifelong friends as Walter Sikes and John Fenn. After high school, Tony went to Oberlin College, although his time there was interrupted by World War II. Brought up in a Quaker family, he was a conscientious objector and served in Civilian Public Service. Tony’s work in CPS included a machine shop in the Great Smoky Mountains National Park, and serving as a guinea pig for the military’s starvation-diet research.

After the war, Tony worked on a ship, taking farm horses from the United States to Poland. Tony then returned to Oberlin, where he received a degree in political science in 1948, then went to the University of Chicago, where he received a master’s in business administration in 1950.

Tony and Ruth Farmer met at Oberlin College, were married on July 8, 1950, and moved to Chicago, where he worked in the Market Research Department at Swift & Co. They moved to Yellow Springs in 1952 to join the faculty of Antioch College, where Tony worked in the Co-op Department. They moved frequently during their first eight years in Yellow Springs, but in 1960 built their house on West South College Street, where Ruth lives to this day. In 1957, Tony joined Odiorne Industrial Advertising, becoming a partner in the firm upon the death of Richard Odiorne. Tony remained with the firm until his retirement in 1981.

In 1969, Tony was elected to the Yellow Springs Village Council, going on to serve terms across decades until 1995, including multiple terms as president of the Council. While serving the Village, he was instrumental, along with his fellow Council members and the support of the villagers, in the creation of the YS greenbelt. Tony felt this zoning was crucial for keeping Yellow Springs from becoming part of the urban sprawl that was happening all over this part of Ohio, and would help to maintain YS’s unique village character. He and Ruth were the then-anonymous donors of the Yellow Springs portion of the former railroad line, which was turned into the Little Miami Scenic Trail bike path.

Tony was also active with Jaycees, Chamber Music Yellow Springs, YS Endowment for Education (with Wally Sikes) and was one of the founders of Home, Inc. He officiated local track meets and volunteered for many years with Planned Parenthood. He was a regular runner and then bicycle rider well into his 80s.

Tony was known for his collection of old cars, particularly the 1936 Duesenberg convertible that served as the family car when he and Ruth arrived in Yellow Springs. He was a jazz piano player, having become a fan of Jelly Roll Morton and others during his youth in Berea. For many years after his retirement, he took classes at Wright State University, continuing his lifelong love of learning. Tony loved Yellow Springs deeply, loved engaging with fellow villagers, and this village was exactly where he wanted to be.

Tony is survived by his wife, Ruth; his four children, Nancy Bent (and Roger Reason) of Tucson, Ariz., Janet Bent (and Rick Pinkley), of University Place, Wash., Win Bent (and Susan Richter), of Austin Texas, and Andrew Bent (and Anna Huttenlocher), of Madison Wis.; and six grandchildren. He was preceded in death by his sister and brother, Eleanor Bent Plank and George Roberts Bent II. Tony’s remains were donated to the Boonshoft School of Medicine at Wright State University; a memorial service is being planned for the spring. In lieu of flowers, the family asks that contributions be made to Glen Helen or Home, Inc.