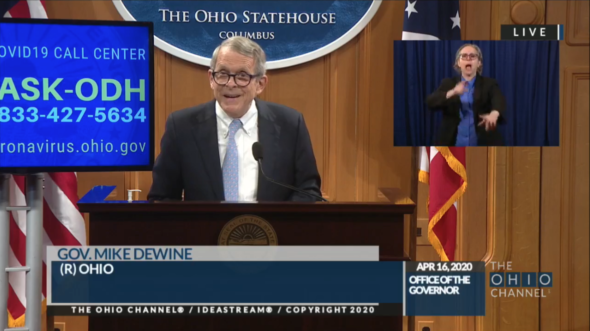 Governor says Ohio to begin reopening on May 1

May 1 will be the start of a “new phase” in the state of Ohio’s response to the coronavirus pandemic, Ohio Gov. Mike DeWine said at his daily briefing on Thursday, April 16.
DeWine said on in May the state will begin to phase in the reopening of some businesses in Ohio. He declined to say if the stay-at-home order would be lifted or schools reopened on that date.
“We are looking to begin this process on May 1,” DeWine said. “We’ve got a lot more work to do between now and May because we want to get this right.”
DeWine added that he would be dealing with the question of when to reopen schools early next week.
Until a vaccine for coronavirus is developed, the world will be “a different world,” according to DeWine. Wearing face masks, barriers within businesses, social distancing and the use of sanitizers will remain prevalent in businesses and other aspects of public life.
“This is a new reality,” DeWine said.
The state will keep four variables in mind as it begins to reopen businesses and adjusts its orders, according to DeWine. Those variables include where the state is on the curve of new cases, hospital admissions, PPE availability and testing capacity.
“We just hope it goes up fast,” he said of Ohio’s still-limited testing capacity.
More than 74,000 people have been tested in the state, a number Ohio Health Director Dr. Amy Acton continues to call the “tip of the iceberg.”
In response to a question about county fairs taking place this summer, DeWine said larger events are more “problematic” and will likely be phased in later on in the process of reopening.
“Your bigger events, your concerts, your fairs — those are going to be tougher,” he said.
DeWine framed his comments by saying the state was waging a “two front war.”
“We gotta keep safe, protect the most vulnerable. At the same time, we have to start moving this economy back forward,” he said.
On Thursday, April 16, confirmed cases of COVID-19 in Ohio rose by 623 to 8,414, their largest single-day increase. In response to a question, Acton said that was likely due to increase in the availability of testing in the state. Deaths increased by 28 to 389, hospitalizations went up by 94 to 2,331, and ICU admissions increased by 30 to 307.
Hospitalizations have been about flat for a week, an indicator that Ohioans have “flattened the curve,” DeWine said. 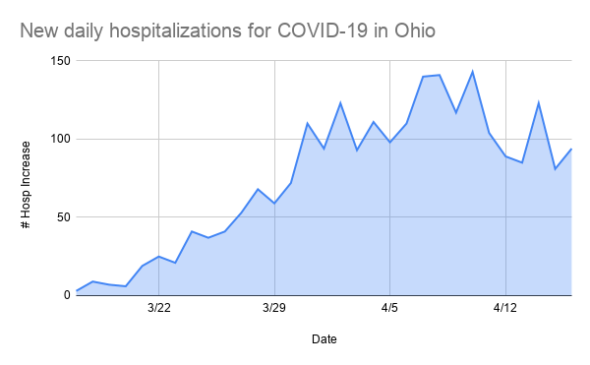 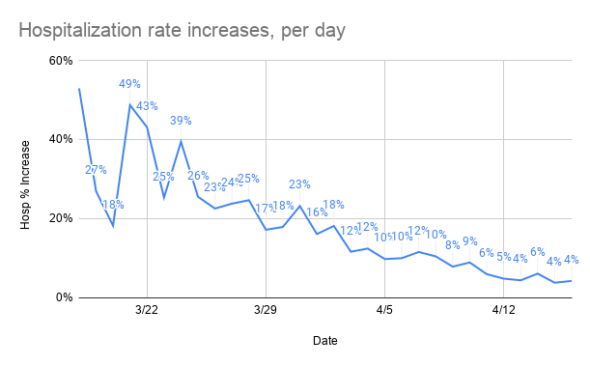 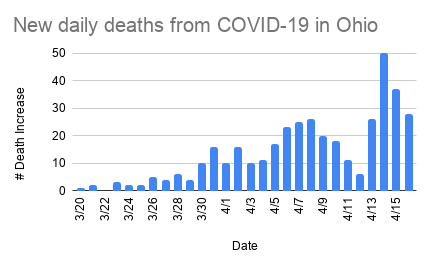