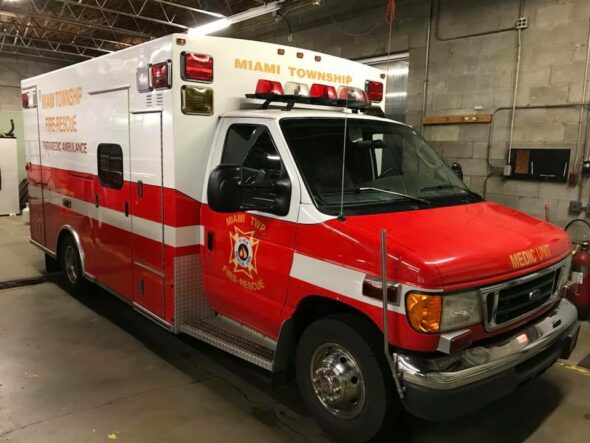 Altman said his recommendation was based on advice from Medicount Management, which handles patient billing for the township’s medic runs, and would make MTFR rates more comparable to those of other area departments. He added that local rates were last raised two and a half years ago.

In his most recent reports to trustees, Altman totaled EMS runs since the first Monday in April at 53, with five of those in Bath Township. Fire calls in that same time period numbered at 26, with two in Bath Township.

Altman reported to trustees April 20 that MTFR was “well stocked” with personal protective equipment “for any additional COVID-19 surges or peaks that may occur over the next several months.” He credited the “planning and quick action” on the parts of Assistant Chief Denny Powell and Lt. Alex Wendt for the department’s preparedness.

Altman also reported that staffing continues to be tight, with two open part-time positions being handled by other part-time and volunteer staff.

The chief said Monday that MTFR personnel have been busy over the past several weeks working with the Yellow Springs Chamber of Commerce in preparing for the phased-in reopening of local retail stores.

“Our fire inspectors are currently working with individual shops to assist them with determining allowable occupancy,” he reported. Most recent state orders set occupancy levels at 50% of the preCOVID-19 maximum.

In other fire department related news:

Chief Altman reported Monday that the Bath Township Board of Trustees had met the prior Wednesday and voted unanimously to fund the purchase of an additional CPR device for MTFR. Miami Township Fire-Rescue has had a contract with Bath Township since late last year to respond to fire and medical emergency calls on the east side of the neighboring township. He said the cost of the new device is $14,000.

Miami Township Trustee Chair Chris Mucher said Monday that construction of the new fire house on the south side of town is continuing through the COVID-19 crisis, but is now running about two weeks behind schedule. Mucher said he expects that the work pace will increase with better weather and the completion of the roof, which will allow electrical and plumbing contractors to store materials securely in order to begin installations. An October completion is still anticipated.