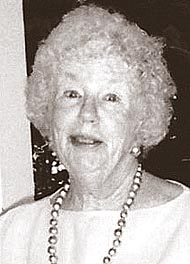 Ann Cannon Cook passed away in Nashville, Tenn., on July 7, 2020. Born in Greenville, N.C. and raised in Ayden, N.C., Ann first moved to Yellow Springs to attend Antioch College. It was at Antioch where she met Robert Hickok, her first husband and father of her two children, Kimberley Hickok and Kyle Hickok. They lived in Boulder, Colo., and Idaho Falls, Idaho, until their divorce.

Upon her divorce, she returned to Yellow Springs to raise her family. Her brother and his wife, Vernon and Phyllis Cannon, were already in Yellow Springs, where Vernon was a professor of physics at Antioch. In 1963, she married Richard Cook, an architect who established a successful practice in Yellow Springs.

Ann and Richard lived in the Yellow Springs/Xenia area for the balance of their lives, including the “Folly Farm,” a residence they renovated on Jacoby Road. Ann was also connected to the Xenia community, where she purchased and renovated several rental properties. She was a fixture at the YMCA, where she was a frequent swimmer. She hired countless Cedarville College students over the years to work for her on her many projects.

Later they moved to Meadow Lane in Yellow Springs before moving to Friends Care Center, where they lived when Richard preceded her in death. In 2019, Ann moved to Nashville to be closer to her daughter, Kim.

Ann will be remembered for her sense of style and lifelong love of travel, having traveled to many destinations in the Caribbean, South America, Europe and the Far East. In her later years, Ann did a number of elder hostel trips and she and Richard traveled in their travel trailer to Florida and out west. Her sense of style was always on display at the dinner parties she and Richard loved to host. Ann also loved gardening, becoming a Master Gardener and putting those skills to practice at their property on Jacoby Road. Ann maintained a lifelong relationship with a number of her dorm mates from Antioch, known as the “Bingle Girls,” along with the many friendships she and Richard enjoyed in Yellow Springs.

Ann is survived by her daughter, Kim, and Kim’s children, Angela (Jonathan) Miller, Jason (Jessica) Hickok and four great-grandchildren, as well as her son, Kyle (Pam) Hickok and their daughter, Chase.

One Response to “Ann Cannon Cook”