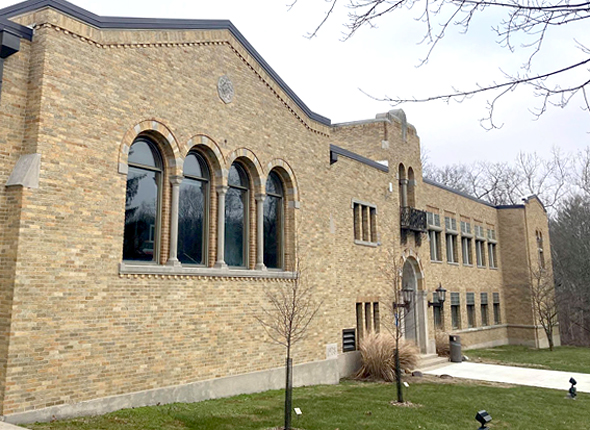 At Village Council’s final meeting of 2020, Council unanimously passed a budget for the new year calling for spending increases amid falling revenues.

The deficit budget, the Village’s first in four years, includes $4.23 million in expenses while projecting revenue of $3.27 million.

Council had been discussing the budget with Village staff since October. Since it was first proposed, staff trimmed some expenses in response to Council member concerns about going in the red.

No citizens spoke at the public hearing ahead of the second and final vote.

Council Vice President Marianne MacQueen emphasized that spending was up in 2021 because reserves have been set aside for years specifically for infrastructure investments.

“The monies that we’re spending have been put aside over years … for infrastructure projects, and now we’re going to do those capital projects,” MacQueen said.

According to budget figures, capital expenses in 2021 will make up around $400,000 of the close to $1 million dollars of deficit spending.

Although no substantive changes were made at the final reading, Council members did make some adjustments to the way budgeted funds would be spent.

For instance, a $24,000 line item for new uniforms for local police officers will only be spent after consultation with the Justice System Collaborative Committee, a group of citizen volunteers and Village staff working on criminal justice reforms, Council decided.

Council member Laura Curliss raised the issue because of what she saw as the uniforms’ high initial cost, which comes out to $2,667 per officer.

“I think that the community supports casual uniforms, it’s just that the amount seemed like a big number to me and many others,” Curliss said.

“I’d be a lot more comfortable with something like $500 per officer,” she added.

YS Police Chief Brian Carlson said at the meeting that the department moved to external vests four years ago for comfort, but they eventually took on a “militaristic look” when officers attached weapons and other equipment to them.

“I’ve talked to many citizens who feel that is intimidating and I understand that,” Carlson said.

“The ballistics are extremely expensive,” he said.

In the end, the Village may not spend the entire budgeted figure for uniforms, Council President Brian Housh said.

Housh later added that he would like the Village to “think about active transportation when it comes to how we deliver public safety,” in part to reduce the wear and tear on police cruisers.

“I want to get bike patrol going and I want to do more foot patrol,” Housh said.

And MacQueen urged the police department to consider buying a hybrid vehicle. In 2021, $45,000 is budgeted for a new cruiser.

Council also discussed how it would help the Glen Helen Association fund the demolition of the former power plant in the nature preserve, which the nonprofit acquired when it purchased the Glen from Antioch College in September.

The Glen is seeking a half million dollar grant to demolish the plant and restore a spring-fed wetland adjacent to it, Glen Director Nick Boutis explained at the meeting. Council Member Curliss made the motion that the Village give $125,000 — for a 25% local match — from the greenspace fund.

“It’s long been a public safety hazard as well as an eyesore,” Curliss said of the defunct plant.

Housh, however, proposed that the funds be allocated from the general fund, not the greenspace fund, which has a balance of $210,000. He said he wants to reserve the greenspace fund for purchasing conservation easements on surrounding farmland.

Village Manager Josué Salmerón said the matching funds could indeed come from the general fund and be allocated as a supplemental appropriation at some point later in the year. In response to a question from Council, Boutis said the grant application was due later this year, in August 2021.

“I want to emphasize that this is not a ‘no’ to supporting the project,” Housh said after the vote.

In final comments on the budget, MacQueen said she hoped Council would revisit the creation of an affordable housing fund mid-year. MacQueen added that although Council has talked frequently in recent years about “participatory budgeting,” in which citizens play a greater role in the process, Council has yet to implement it.

“There should be some way for the community to really have understanding and input into the budget,” MacQueen said.

Stokes said he was grateful that the Village shared budget details during a special Virtual Town Hall on the subject.

Curliss said that in addition to more citizen engagement she would like Council to participate in regular budget oversight — perhaps quarterly — due to deficit spending.

“We’re going down the road with deficit spending,” she said. “What it usually means is there’s nothing else to spend on non-personnel related things, or very little.”

Both Housh and MacQueen were critical of News reporting on the budget. Housh said instead of the “sound byte” that the Village is “spending down reserves,” the Village should be commended for meeting the state requirement for a 90-day reserve. By contrast, “some municipalities run out of money and go into crisis mode,” he said.

“We’re in good shape, we’re not in trouble,” Housh said of the general fund, which is projected to fall to $1.28 million at the end of 2021, down from an average of closer to $2 million in recent years. Earlier draft budgets had the Village drawing down the reserves to $700,000 by the end of 2021.

Housh emphasized that the Village will see benefits from its 2021 investments, such as the completion of a sidewalk along Limestone Street from Dayton Street to Xenia Avenue, for which the Village is spending $275,000 to get $1.3 million in outside funding.

“This is a great compromise budget, it advances a lot of our projects, we’re going to be looking at this closely all year,” Housh said in conclusion.

“If these investments in infrastructure don’t bring economic growth,” he added, the Village may have to slow its capital spending or consider loans.

“We are going to maintain the key services no matter what, and we hope that we can keep on improving our community overall.”

In Council business at its Jan. 4 meeting —

• Council unanimously approved salary hikes for Village Manager Josué Salmerón and Council Clerk and Treasurer Judy Kintner. On top of a 1.5% cost of living increase he was set to receive, along with the rest of Village staff, Salmerón was given a merit raise of 3.5%. Council members praised Salmerón for his leadership during the coronavirus pandemic, commitment to social equity and strategic thinking.

Kintner was given a 1% merit raise on top of a 2.3% raise she was set to receive this year due to her longevity in the position, as she has worked for the Village for 10 years. Kintner will now be paid $59,510.59. She was given thanks for her dedication and focus, and additional efforts during the pandemic.

• YSPD Outreach Specialist Florence Randolph reported that her office helped 28 families over the holidays using community donations to buy presents for kids and parents. She added that in 2020, the Village assisted more than 80 families with utility payments using funds from the YS Community Foundation and Miami Township.

• Council tabled a planned vote on removing parking minimums downtown from the Village zoning code. President Housh said he wanted more information on how Yellow Springs’ parking challenges were different from other communities before discussing the matter. Planning Commission had recommended the change since parking requirements have been routinely waived for downtown projects.

• Salmerón presented on Village accomplishments in 2020. Among the most significant was a drop in the amount of rainwater entering the municipal wastewater treatment plant through sewers, he said.

The Village received a warning from the EPA after they found that 650,000 gallons per day was entering the facility in 2019; its capacity is 600,000 gallons. As a result, the Village has been sending untreated wastewater into local waterways during high rains in recent years. After sewer relining and other efforts to reduce infiltration, in 2020, that figure dropped to 500,000, Salmerón reported.

“We’re going to be laser-focused on water production,” Salmerón said.

• Council agreed to sign a non-binding letter of interest for an American Municipal Power project to build a utility-scale solar array.

• Council approved two memberships on the Planning Commission. Sarah Sinclair-Amend was moved from the alternate position to a regular member, and Matthew Kirk was approved as the new alternate. They bring experience in municipal planning and public policy.

• Council is looking to plan a joint meeting with the Yellow Springs School Board to discuss several projects, including the bike path to Agraria and plans for the Mills Lawn property.

In other Council business at its Dec. 21 meeting —

• Salmerón shared that the new estimate to renovate two restrooms at the Yellow Springs Community Library is $42,000, down from an initial estimate of $150,000 to renovate one restroom. The renovations are needed at the Village-owned building because the restrooms are not ADA-compliant.

• Council voted unanimously to contribute $18,900 for local COVID-19 rapid testing for frontline workers in the village. The project is spearheaded by the YS Community Foundation. (See page 5 for more information.)

• Council voted unanimously to pass the second reading of an ordinance banning engine braking within Village limits. A similar measure must now be passed by Miami Township.