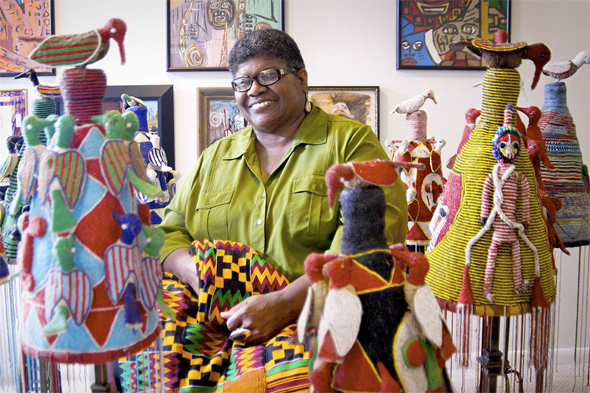 The YS Community Library will host an online presentation, “Carolyn Mazloomi: Changing Minds and Hearts Through Art,” on Wednesday, Feb. 9, 7–8 p.m., via Zoom. Mazloomi will share stories from her more than 40 years of experience as a quilter, curator and author.

Mazloomi, a native of Louisiana, gave an oral history of her work as a quiltmaker to the Smithsonian Institute in 2002. In that history, she said there were a number of artists in her family as she was growing up, but that they were mainly painters, and none of them worked in the textile arts.

Later, in the 1970s, Mazloomi’s view of quilts changed when she was captivated by the sight of a quilt at a market in Dallas, Texas.

“It was a patchwork piece in the center with an eagle in each corner of the quilt. And it was mesmerizing to me; I wanted to go up and touch it,” she said. “That was the spark that fueled the flame.”

Mazloomi moved to Ohio in 1986 after receiving a Ph.D. in aerospace engineering from the University of Southern California. Before settling in the Cincinnati area, she worked for a short time as an educator at Ohio State University.

“I tried teaching. … I am not a teacher. Okay? I found that out early on,” she said. “So, in trying to think of something that I could do at home, and loving quilts … I just announced one day to my husband that I was going to start making quilts and selling them.” 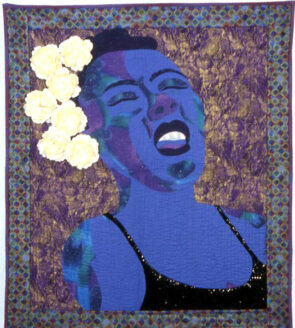 In addition to being a quiltmaker, Mazloomi is also an author, having penned the 1998 book “Spirits of the Cloth: Contemporary African American Quilts.” The book includes images of and stories about 150 contemporary quilts and the Black artists who created them.

In her oral history, Mazloomi said that quilts themselves often tell stories, which can be read within their stitches.

“I would say 75 percent of all African American quiltmakers make narrative quilts,” she said. “Narratives are just very popular. Besides that, when Africans came here to the United States they couldn’t read or write — they weren’t allowed to. So it was a very easy way to express themselves through pictorial quilts. … We’re a people with a lot to say. So what better way than to say it in a narrative quilt?”

Mazloomi was named a Cincinnati Enquirer 2021 Women of the Year and is founder of the Women of Color Quilters Network, a National Endowment For the Arts National Heritage Award winner and an inductee into the Quilters Hall of Fame.