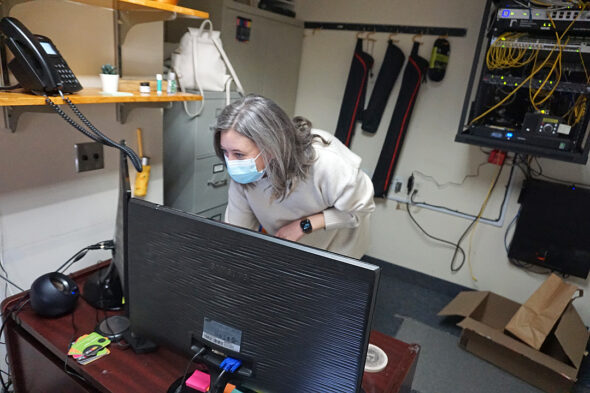 Public access television channels are synonymous in the collective American consciousness with everything from educational programming and community-led talk shows to late-night kitsch. They’re also something of a blast from the past; once a staple for cable subscribers, public access stations are now competing with the ease and availability of online video content, as well as combating years of pushback from the cable companies that host them.

In Yellow Springs, Community Access Yellow Springs — Spectrum Channel 5 — broadcasts on. Its content is curated for its local cable audience, but it’s also, as was the intention for public access when it was originally conceived, meant to be utilized as a tool for creation by anyone in the community.

That’s the message that Station Manager Lacey Fox would like to relay to all Yellow Springers: Channel 5 is made for you, but it’s also made by you.

“We’re here and we’re a resource for you — for whatever you want to use it for,” Fox told the News in a recent interview.

Fox, a native of Vandalia who moved to the village in 2020, has been working as station manager since July. In that time, she’s looked for ways to encourage villagers to get involved with their local public access channel — including by creating her own content. In December of last year, she released a cooking instruction video — with the help of her young daughter, Alice — demonstrating not only how to make chocolate chip-stuffed Oreos, but also how to engage with Channel 5 as a content creator.

“I filmed it with just my iPhone in my kitchen when I was baking to show how easy it could be if you wanted to share a recipe with the community,” she said. “It can be as easy as turning on your cell phone and recording.”

Villager Phillip O’Rourke produces his program, “The PHILLIP Show,” weekly. An interview program that has featured local, national and international guests, “The PHILLIP Show” just entered its second year on Channel 5. O’Rourke said he started the show because he believes in the power of stories to foster community.

“I’m passionate about highlighting local people and businesses so we can all see how similar we are,” he said.” “One of the things that’s been so interesting about my show has been the diversity — I had a pastor on my show and then I had a drag queen.”

O’Rourke said he’s embraced the DIY nature of his program — he created the show’s intro music and books guests, performs interviews and films and edits the show himself.

“It’s all done right at home — even the little background I use is from IKEA,” he said.

Though he produces the program with his own equipment, he said that, if something were to go awry, he could rely on Channel 5 to help get “The PHILLIP Show” out to viewers.

“If I didn’t have any of the resources I have at home, I could get those resources from Channel 5,” he said.

Those resources include two new GoPro cameras, which Fox said are available for loan to community members. She also offers her own knowledge to anyone willing to learn how to turn raw video into a finished product.

“If you’re interested in learning video editing, I have no problem helping you edit and showing you how to use the programs that we use to edit,” she said.

Fox added that village creators also don’t have to worry about how their videos will look once they’re broadcast to the public; Castus, the software that Channel 5 uses to broadcast and stream its content, accepts videos in almost any format.

“You don’t have to have a professional camera and it will still look great,” she said.

Inside Channel 5’s small office — about the size of a storage closet — abutting Council chambers in the Bryan Center, Fox pointed out a colorful spreadsheet, lined with Post-It notes, on one wall.

“This is where I keep track of the schedule,” she said.

On the schedule were the programs Channel 5 offers from week to week: government meetings, exercise segments from villager Lynn Hardman, recordings from The 365 Project’s recent Black history tour series, musical performances and midnight B-movies in the public domain hosted by national public access hosts Dr. Dreck and Lord Blood-Rah — among other things.

Also included in some weeks’ scheduling is public access video from decades past: a New Year’s Eve celebration from 2001, a Halloween night from 1990, a Street Fair from 1980. Fox indicated a shelf on another wall.

“Everything up there is old programming,” she said.

Fox’s short time as station manager and the part-time nature of the job have meant she’s only made a little headway into digitizing some of that content. Previous station manager Susan Gartner, however, who spoke to the News this week, said that much of her time at the helm of Channel 5 was dedicated to doing just that.

“I spent a lot of time converting VHS tapes to DVD,” she said. 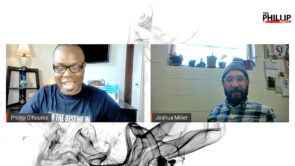 Some VHS tapes dated back to the station’s beginnings in 1980, and were so deteriorated that only a few minutes of each could be saved. Gartner worked to preserve as much as she could, occasionally replacing lost audio with music from the public domain so that it could remain as an archive of the village’s history, seen through the eyes of Channel 5’s volunteers.

“I was trying to save stuff from an era that was crumbling,” she said.

Gartner had a long tenure with Channel 5, serving as station manager from 2015 to 2017, and for a decade before that as a volunteer herself. She said that, when she started in 2005, the station’s volunteer ranks were fairly robust.

“There were maybe eight volunteers and they all had cameras,” she said. “Paul Abendroth did a lot of Miami Township meetings, Patti Dallas did school board meetings — everybody had their own things. We had fun trying to showcase the town.”

In 2018, village native Sean Devine took the reins at Channel 5. He said his view of the station’s importance expands its function as an archive and into the history of public access. 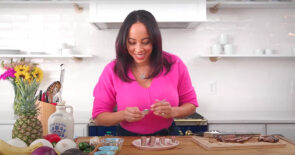 Channel 5 and Community Access Yellow Springs YouTube program, “At Home with Erica Blaire,” a cooking show which premiered this in March of 2022.

“I have a lot of opinions [on public access] — I can go down any rabbit hole you like,” Devine told the News with a laugh. “My father [Bob Devine] was, at one time, the foremost authority on public access in the country, so I was raised with the impressions [of the importance of public access] being delivered constantly.”

Public access television’s history is intertwined with that of cable: As cable companies began to grow in the late 1970s and early 1980s, they were required by law to provide funding, access and training for community-initiated programming that would address local issues and concerns. Over the years, this requirement has been challenged by cable companies — in 2009, Channel 5 faced closure when some regulations were relaxed, but was spared as a result of community efforts.

By the time Devine, whose own background is in documentary film, came on as station manager, community involvement in Channel 5 had dwindled, he said, due to a dearth of programming and lack of public visibility — particularly as villagers reflected the public turn from cable to streaming services. 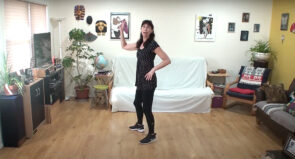 Devine put several years’ worth of work into shoring up the station’s content, including most of its current programming, and converted the station’s previous finicky broadcasting hardware to the current Castus system. He also worked to make government meetings and other station content more widely available in Yellow Springs by livestreaming and cataloging them on YouTube.

“I’ve talked to people who are making great film projects and suggested they submit them to the public access channel, and they say, ‘Oh, I’ve got my Instagram, my Vimeo, my YouTube, my Tiktok,’” Devine said. “And that’s all well and good, but I promise you, the 60-year-olds in town aren’t watching your YouTube channel. They’re not going to your Vimeo page.”

Devine said that the ubiquitous smart devices that make it so easy to make content for both Channel 5 and the internet at large have also helped reveal the differences between the platforms.

“Social media often feeds into our narcissism and isolation,” he said. “The heart of public access is community engagement — putting the [telling of the] story of the community into the hands of everyone.”

For more information on Channel 5, and to find out how to create and submit content, email Station Manager Lacey Fox at lfox@yso.com.