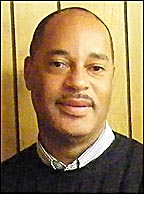 John Gudgel, who will retire this year as YSHS principal, has had a scholarship named in his honor.

Yellow Springs High School alumnus and retiring principal John Gudgel was known for his support for students. That’s why the school board and his fellow classmates — meeting here for a 35th class reunion this weekend — are teaming up to honor Gudgel with a scholarship fund in his name that will continue to assist students in the high school.

Community members and YSHS graduates have already donated $3,000 to the fund to provide educational opportunities to students. Organizers said they hope to raise at least $20,000 to endow the fund.

“I’m overwhelmed by the generosity that people have displayed up to this point,” said Gudgel, who spent 30 years in the school district as a teacher, guidance counselor and principal, a position he held for the last 15 years.

“It’s staggering the commitment that John’s made to the Yellow Springs school system,” said Robert Grahamjones, a member of the Class of 1975, which will celebrate Gudgel at a Saturday dinner reception. “He’s given so much to his community and really hasn’t asked for anything back.”

Honoring Gudgel’s years of service in Yellow Springs with a fund for students made the most sense to organizers, since it continues his legacy, according to Board of Education President Sean Creighton.

“It’s a great way as a community and board to recognize his work,” Creighton said.

The John Gudgel Scholarship Fund will be used to offset the cost of educational activities for underclassmen, such as summer camps, supplementing existing scholarships aimed at graduating seniors.

“In a depressed economy where students are struggling to find funding for college or other educational opportunities, I think it is advantageous that there are other funding sources rather than property taxes,” Gudgel said.

Creighton agrees, saying he hopes to raise additional private dollars for the school system in the face of dwindling state and federal school funding.

“Going forward, unless there’s a radical change [to school funding] we’ll need to raise more money to support the schools at a level where they are exceptional,” Creighton said. “John’s fund is an example of this.”

In addition to raising money from community members for a scholarship fund, organizers said they will seek contributions from the many YSHS graduates who have benefited from the high quality education they received in the Yellow Springs school district.

Donations can be sent to YS Schools, 201 S. Walnut St., Yellow Springs, Ohio 45387, with checks made out to the John Gudgel Scholarship Fund. Contact school board member Aida Merhemic at aidamerhemic@sbcglobal.net with any questions about the fund.