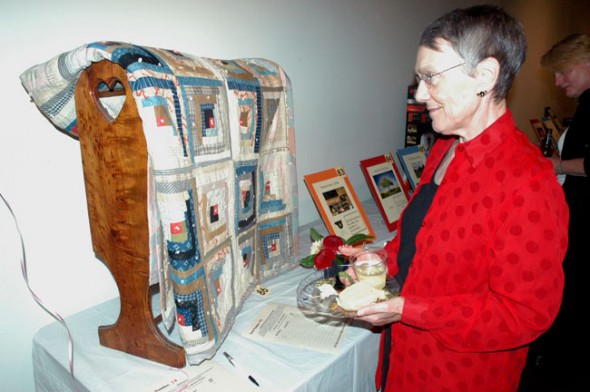 At the sixth annual Tecumseh Land Trust auction on Friday night, more than 200 farmland supporters bid on donated products and services, with all proceeds going to support the land trust.

Little Art Theatre tickets, spa treatments, handcrafted pottery, antique quilts and jewelry were a few of the items auctioned off during the silent auction. Bags of seed corn and soybeans were coveted items during the live auction, raising almost $2,000. In total, auction item proceeds were more than $20,000 at this year’s event, held in downtown Springfield. 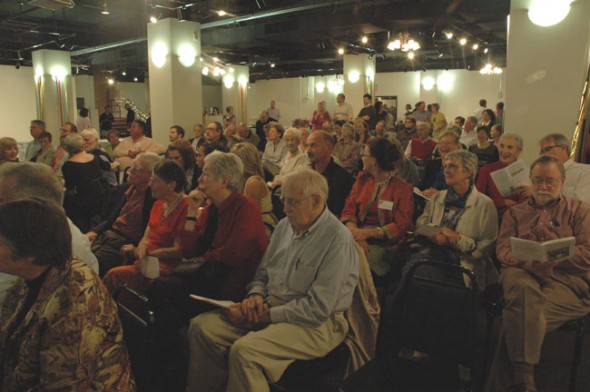 “It’s our most fundraiser and friend-raiser,” said TLT director Krista Magaw, who said that the event draws a blend of “country and city” people who are all supporters of preserving area farmland.

For each $50 raised at the event, which brought in money from ticket sales and sponsorships, one acre of farmland could be preserved, Magaw said. As for the success of this year’s event, Magaw said, “I’m thrilled. There were a lot of new faces and a lot of people stepping up the plate,” to help conservation efforts.

One Response to “Land trust supporters bid to save land”