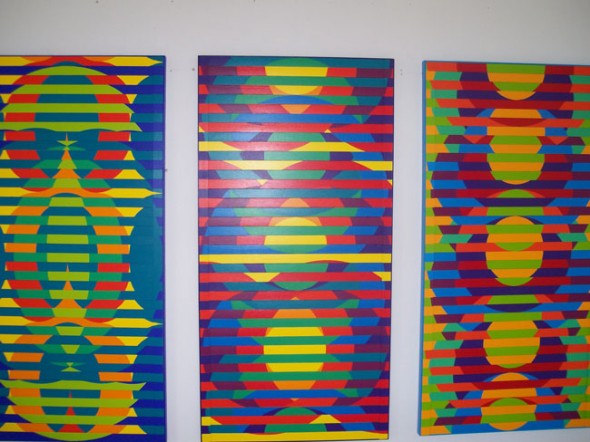 Paintings by Eddie Eckenrode have been shown in the gallery above Sam & Eddie's Open Books, which will be re-dedicated the "Eddie Eckenrode Gallery" at this fall's Art Stroll. Though these abstract structural pieces are typical of Eckenrode's later work, his never-before-exhibited figurative paintings from the late 1960s and early 1970s will be on display this Friday. (Submitted photo)

The semi-annual Art Stroll, an evening of informal art and entertainment downtown, will take place on Friday, Oct. 15, from 6 to 9 p.m. This fall’s stroll will be held in honor of Eddie Eckenrode, who helped organize the first stroll in 1996, and who died in May. 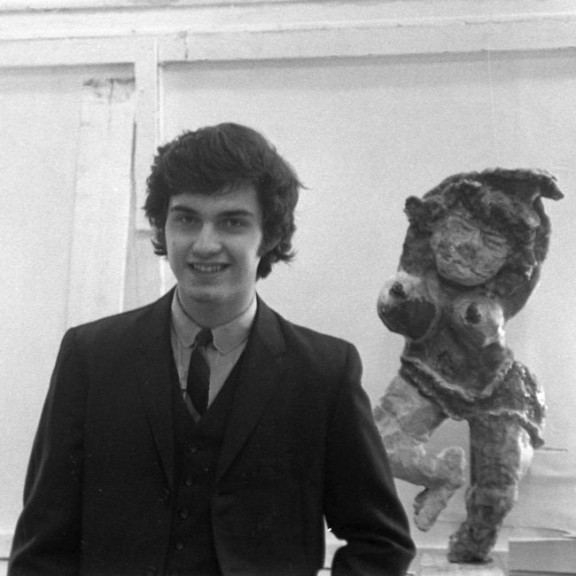 Artist Eddie Eckenrode attended the opening of the Spring Street Museum in 1966 in New York City, where he lived and painted. (Submitted Photo by Dominic Ciancibelli)

To celebrate his life and work, a gallery show of Eckenrode’s paintings will open in the newly-rededicated Eddie Eckenrode Gallery above Sam & Eddie’s Open Books, 232 Xenia Avenue, during Art Stroll.

Other Art Stroll events on Friday evening, Oct. 15, include:

For more information on Art Stroll, see the Oct. 14 print edition of the YS News.