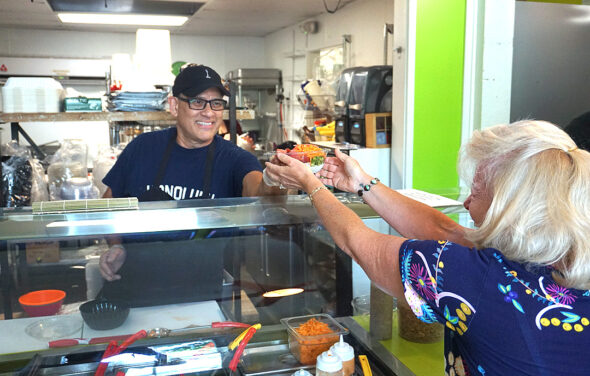 Gilah Pomeranz Anderson was the first customer through the door of the Dayton Street storefront, which previously housed The Greene Canteen. She was first to peruse the selection of poke — Hawaiian for “to slice,” as in raw fish — various grains, vegetables, fruits and sauces, which can be combined to customize a “poke bowl.”

Mawby told the News he was in town to help Miguel’s Poke Island owner Miguel Espinosa, with whom Mawby has worked in the past, get the new eatery off the ground.