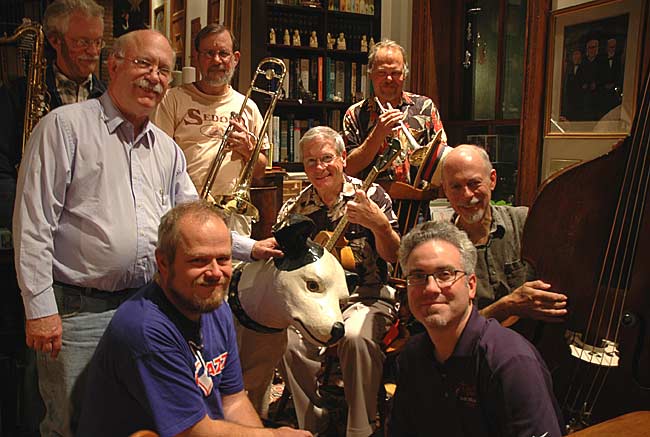 Swingers can swill the night away with Dave Greer's Classic Jazz Stompers when they perform tonight at Gilly's. (photos by Lauren Heaton)

Friday night’s a feet tappin’, banjo slappin’ chance to roll back to America’s jazz roots when Dave Greer’s Classic Jazz Stompers and special guest Andy Schumm put on A Tribute to Bix Beiderbecke at Gilly’s in downtown Dayton. The performance, sponsored by Cityfolk, takes place tonight,  Nov. 12, at 8:30 p.m. at 132 South Jefferson Street.
The Dave Greer band is Dayton’s long-standing early jazz group, three of whose members hail from Yellow Springs. They will perform with Schumm, a solo cornetist from Chicago, to honor jazz great Bix Beiderbecke (1903–31). Raised in Davenport, Iowa, Beiderbecke worked with the Wolverine Orchestra in Cincinnati and the prestigious New York-based Paul Whiteman Orchestra in the 1920s as a cornet and trumpet soloist, and established his own lineage as a modern jazz composer. The romantic legacy of Beiderbecke’s life and career revolved around his modest beginnings, the purity of tone he achieved on the cornet, and his rebellious fall to alcoholism and an early death.
His tribute, lead by guest artist Schumm, is backed by Greer’s band, which started in 1986 as a revival of small band swing from the 1930s, which was characterized by the fluidity and polyphony of the front line with a light rhythm section by guitar and string bass. The local band sees true jazz as an outcome of the collision between black and white, rural and urban, Europe and America, and describes itself as “devoted keepers of the flame.” 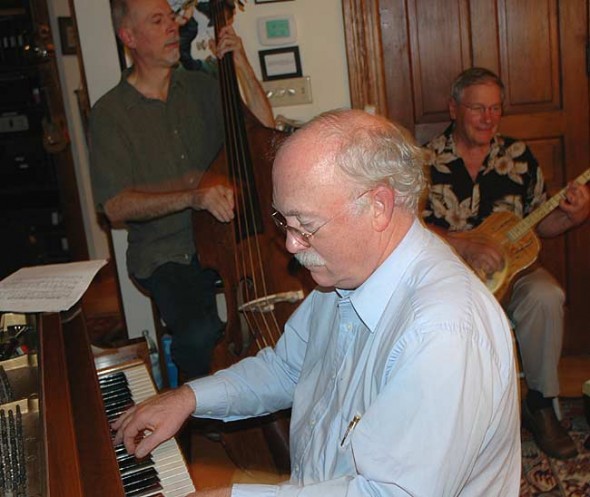 Pianist Ted Des Plantes rehearsed at Greer's home in the Oregon District this week with Yellow Springs' John MacQueen on the bass and Greer on the banjo. 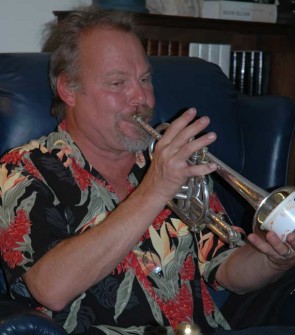 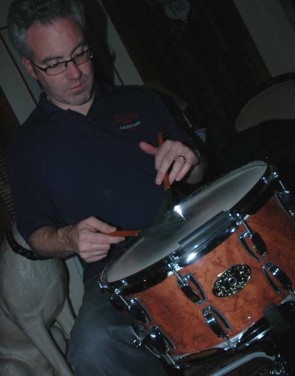 Jim Leslie swipes a smooth shuffle on his head while crooning the lyrics of past legends. 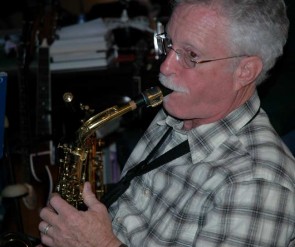 Greg Dearth on the sax

Other Dave Greer band members include Eric Grieffenhagen on saxophone and clarinet, who is originally from Yellow Springs; and trombonist Gordon Moore.

Shumm began playing piano and trumpet in elementary school. He has performed with the West End Jazz Band, the Flatland Gang, the Noble Friends and his own Bixologists. 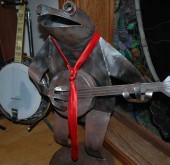