Antioch and village schools collaborate on Future of Education series

The Yellow Springs school board, in inviting a series of progressive-minded educators and thinkers to town, hopes the next few months are filled with discussion and debate about the future of education in the village. To inform its 10-year strategic planning effort, which may lead to district changes as early as next fall, the school board will continue hosting a series of lectures and films to draw ideas and engage community-members.

“It’s really a community process — it’s a community strategic plan driven by the community for the community,” said Superintendent Mario Basora. “We want the whole community to engage and spend time thinking about education — and bring the kids.”

“The Future of Education” series, co-organized with the Antioch College Morgan Fellows, features six more speakers, including MacArthur award winner and Antioch alumna Deborah Meier, who will speak about education and democracy at 3 p.m. Saturday in the Herndon Gallery at Antioch’s South Hall. 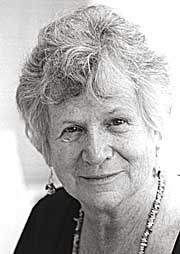 Deborah Meier will speak on education and democracy Feb. 12 as part of ‘The Future of Education‘ series.

Meier, who graduated from Antioch in 1952, is a well-known educational reformer, having founded elementary and high schools in New York City and Boston and published six books, including Many Children Left Behind: How the No Child Left Behind Act Is Damaging Our Children and Our Schools and In Schools We Trust: Creating Communities of Learning in an Era of Testing and Standardization.

The lecture series, which ends next month, began in January with a presentation by KnowledgeWorks, a consultant already working with the district to engage the community on the Class of 2020 initiative. KnowledgeWorks’ presentation of cutting-edge ways to teach and learn, new financial models and teacher recruitment strategies is available on the district’s Web site.

The school board wants parents, students, teachers and community members to attend the free lectures and share their thoughts on the future direction of  Yellow Springs schools. The board aims to complete the strategic plan by the end of the school year.

After conceiving the series, school board president Sean Creighton and member Benji Maruyama looked to Antioch’s Morgan Fellows to contribute their academic and public relations skills to the effort. The Morgan Fellows, eager to lend their services, helped select and recruit the presenters, especially those with an Antioch connection, and are splitting the cost of the series with the district.

“It’s an ideal way for a private liberal arts college and a public school district to work together on some important issues,” said Morgan Fellow Scott Warren. “At Antioch we have a commitment to some of the values and ideals that should be embedded in public education.”

Rounding out the series is Miami University education professor Michael Dantley, who will speak at 7 p.m. on Tuesday, Feb. 22, and advertising company founder Matt Fischer, at 7 p.m. on Tuesday, March 22. In his lecture, “Working with the Net Generation,” the impact of technology on the way students learn will be explored.

“You can fight technology, but you’re going to lose,” Fischer said. “You have to embrace change and understand these are the ways kids are communicating and forming friendships.”

To provide students with skills they can use in the workplace rather than having them memorize facts, schools should keep up with technology, emphasize collaborative team-work, not discourage multi-tasking and seek to keep students entertained, Fischer said.

Along with the lectures, board members Aïda Merhemic and Richard Lapedes are organizing a series of educational films, with post-film discussions led by Yellow Springs high school students. Films tentatively slated to be shown between the end of February and March are: No Textbooks, Two Million Minutes and Where Do I Stand?

The lectures and films make up the “expansive thinking” piece of the Class of 2020 Initiative that precedes the strategic plan development.

“We didn’t want to go into a strategic planning process being dependent upon our own sense of what the future of education was and operating within a vacuum,” Creighton said. “We wanted to provide opportunities to educate ourselves and the community about other models.”

To Basora, three movements that may define the future of education are inquiry-based learning, in which teachers help students in problem-solving; connectivism, where students seek out their own information; and use of technological tools, such as Web-connected tablets.

Today’s students are “digital natives” who are used to learning through engaging online environments, Basora said, adding that the increased use of technology may also help the district cut costs and reduce its carbon footprint as digital resources replace textbooks and hand-held computing devices replace computer labs.

From Morgan Fellow Warren’s perspective, Antioch’s model to progressive education could inform the future of the local district.

“It’s education not for the sake of training passive citizens and trained workers, but education that’s designed to provide a framework for individual liberation,” Warren said. “It’s an education that’s aimed at creating public citizens not just interested in private gain and private reward.”

Those graduating from Yellow Springs High School in 2020 may be tasked, in the words of Antioch’s first president Horace Mann, to win their own victory for humanity.

For more information on the “Future of Education Series” and the Class of 2020 Initiative, visit the district’s Web site at http://www.yellow-springs.k12.oh.us.