This time last year, I was weighing in at well upwards of 200 pounds. Only about 6 of that was the baby.

The rest was milkshakes, pepperoni, Tex-Mex food and sheer excitement. I didn’t know that, in a week, everything I knew about everything would turn out to be nonsense. 6 pounds and 14 ounces of new person entered the world, at once baffled and furious, and literally took over my life. For the first two weeks of my daughter Lucy’s life, I actually thought I was going to die.

It started with the sleep. This is the one thing that everybody tries to tell new parents: “Seriously, you guys. Sleep while you can. Babies never sleep. SLEEP WHILE YOU CAN.” It seems so cliche to me now, the sleepy parent routine, a year into parenthood. But at the time, I was…how can I say this…dismissive? Self-righteous? Kind of a jerk? “These people clearly just don’t have what it takes,” I thought. “I can do without sleep. I did it all the time in college. What’s everybody whining about?”

Honestly, I deserved everything I got.

While some of the exhaustion of child-bearing clearly stems from the pretty substantial physical trauma involved, the thing to keep in mind is that babies are, in their own way, not unlike small instruments of torture. Let me be clear in stating that I absolutely do not want to make light of those who have actually endured criminal acts of cruelty. But I will say that it seems like infants have an uncanny knowledge of the fact that, if they let you sleep for about five minutes, then start crying, it will kill your brain, and it will kill your soul. And I think Amnesty International should be notified.

Movies and TV like to make jokes about the fact that pregnant women eat a lot; I can’t say that I didn’t live up to the hype, as I could put back a bag of barbecue chips and a jar of pickles in something like 27 minutes. This was one of my favorite delicacies early in pregnancy: a slice of dill pickle, sandwiched between two chips. Occasionally, I would throw a slice of cheese into the mix or, when I really wanted to play the gourmet, a squirt of Easy Cheese. Only the best, of course, for me and my baby-to-be.

In any event, though it is the archetypal ravenous pregnant woman that everybody recognizes, what I didn’t know until I experienced it was that a nursing mother is at least twice as hungry as she was when she was pregnant. I have never loved anyone more than I did my parents who, when I returned home from the hospital, brought me fried chicken and mashed potatoes.

Newborn babies kind of give the impression that they are physically going to fall apart at any moment. To this day, I neurotically check my baby’s breathing before bed time, but I’m not anywhere as bad as I was during her first months. But it was when she began to roll over that I was convinced she was in constant danger. She could roll over on her face when sleeping, or somehow roll up and over the side of her crib, or even roll into a fire or vat of acid. Everything was a mortal danger at that point.

Then we got to the crawling, and then to the standing, and now to the walking-while-holding-onto. Now, we more just worry about her pulling books off the shelf and eating them or pooping in the kitchen drawers.

A week from today, my little girl will have lived a full year on this earth, in this village, surrounded by lots of people who make it their business to make sure she has enough sleep, gets enough to eat, stays safe and only poops in appropriate places. There was a real fear that I felt upon realizing that I was in charge of keeping someone else alive. Now, it almost seems like second nature; just another part of keeping myself living from moment to moment. As much as I am glad to feel like I have gotten my footing, I sometimes miss the sheer awe I felt in those early days at knowing a brand new human. It comes back sometimes, though. I just need to be reminded that what was this 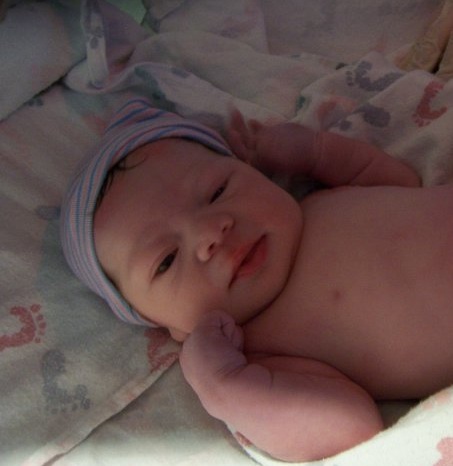 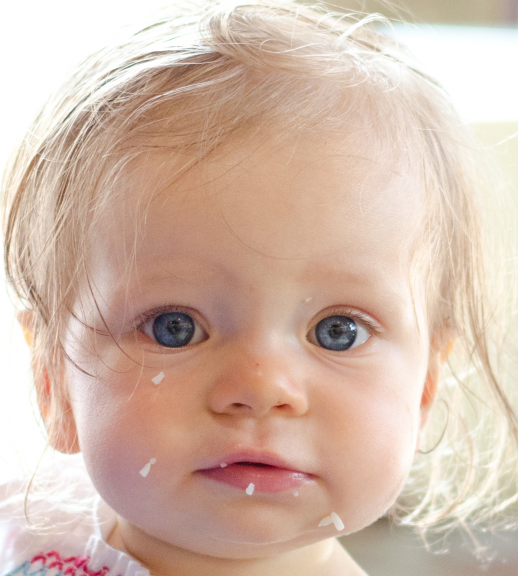 It is astounding, is it not? And through this year, she has become a real citizen of this village, spending long hours walking through Glen Helen with her dad, and splashing at the Gaunt Park pool with her mom. She has traversed the bike path, and has made the rounds at all the local art galleries. She has twice made an exalted appearance at Street Fair, once at the Cirque Carnaval, and at a mere four days old, perused the stacks at the annual Book Fair.

I began this blog, which I entitled “Sorry, I’m Not From Around Here,” simply for that reason: I wanted to relate my experiences with being the old, proverbial stranger in a strange land. But there have been two “lands,” as it were, that I have managed to stumble through and observe, amazed: one, life in a new town, and the other, life as a parent. I find that both have informed one another. And as I stated once in a blog post many, many months ago, it is possible that I will never really be “from around here.” That goes for both. Anthony told me that one of his teachers, a man older than him with a home and family, once told him, “When I come home at the end of the day, I still sort of feel like I’m playing house.”

To that end, I will say this: as a kid, playing house was always a real good time.