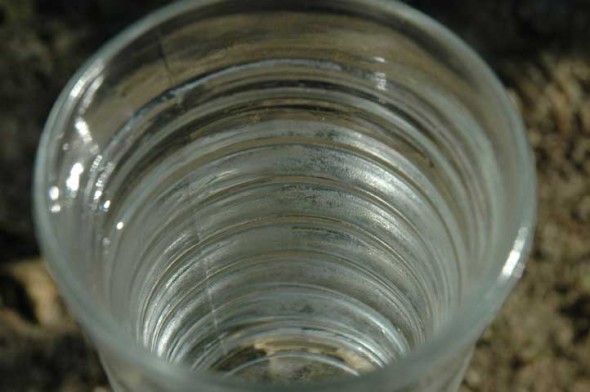 Like so many of its qualities, water is barely there, but you can see it. Can you taste it?

BLOG — The transparent truth about the taste of water

This is what arises when I think water. And I’ve been thinking about water a lot lately, especially its many cool cool forms. It’s a shifty element, water. It seems docile enough — so transparent you can barely see it, so pure you can’t usually smell it, so fluid you can swim right through it. But it changes quickly  from gas to liquid to solid, and (with some effort) all three at once. And it’s powerful enough to light whole cities, devastate landscapes, house good portions of the plant and animal kingdoms and heal the human body. We are those bodies, each of us drinking an average 192 gallons a year to stay alive. Whatever I’m drinking 192 gallons of, I want to like. So how about the taste of water?

I grew up on Yellow Springs water, the stuff that comes through our domestic taps. Until I was an official adult, ours was the only water I would drink. But that’s not saying much because actually I hated water. Given the horrifyingly large amounts we are encouraged to drink each day to stay healthy, I truly don’t know how I survived this long. To demonstrate the extent of my apparent state of dehydration, and pardon me for saying this on a food blog, I have often recalled a conversation I had around 1983 with two of my 8-year-old peers.

As a direct result of this early check on the regularity of our bodily function, my friends and I discussed the typical volume of our liquid consumption and then argued about the taste of water. I had said the reason I didn’t drink much water was because I didn’t like the taste of it. My friends argued vehemently that I was being illogical because water “didn’t have a taste,” they said. And to prove it, they went straight to the kitchen and poured two tall glasses of tap water and drank them in front of me, testifying between gulps that, yup, water just tasted like, well, “nothing!”

But I have since been vindicated. Water definitely has a taste imbued by the minerals and trace elements of the area it sprang from. According to Spring Hill bottled water company, admittedly not an unbiased source, water with high mineral content can taste metallic — witness the Yellow Spring with loads of iron. That water tastes very different from the water that comes out of another spring not half a mile south in the Vale. Water with lots of bicarbonates tends to taste salty, while hydrogen sulfide in water tastes like rotten eggs. And thankfully we don’t have to wonder what polyethylene terephthalate tastes like anymore, as the water from those ubiquitous number 1 plastic bottles announces it from the first sip. Our own Village water has an unappealing amount of chlorine that is especially perceptible if consumed after a glass of spring water with no synthetics. Spring water containing small amounts of minerals tastes slightly sweet, while distilled water, pure H2O, has no minerals at all and has an oddly drying effect, as though instead of hydrating the body it’s leaching salts and things the body needs, out. Actually I don’t like reverse osmosis filters because the water they make reminds me of distilled.

Now when I seek water, I get either spring water from a non-plastic source or carbon filtered water, which I do like, and which helps me to drink more. I’ve also gained a huge respect for water that I didn’t used to have, and I feel slightly noble when I drink it. I still prefer that my water have some flavor, so I often drop a slice of lemon or a sour plum into my glass. I’ve done a lot of that this summer, and if the heat waves keep pummeling us through the fall, I will continue to be very happily hydrated.

Some ideas for perking up your water: 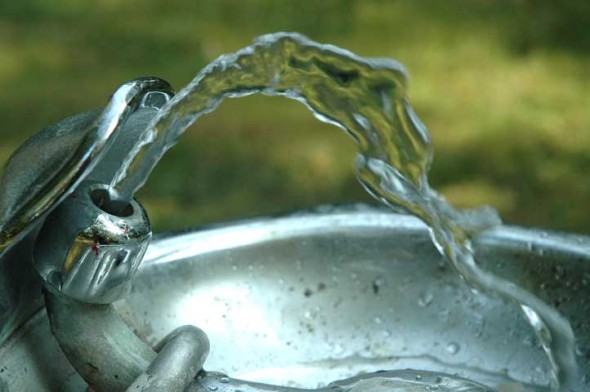 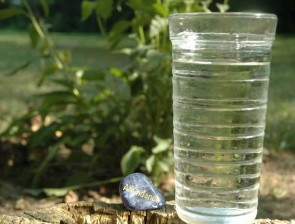 Cooling off in Beatty Hughes Park.