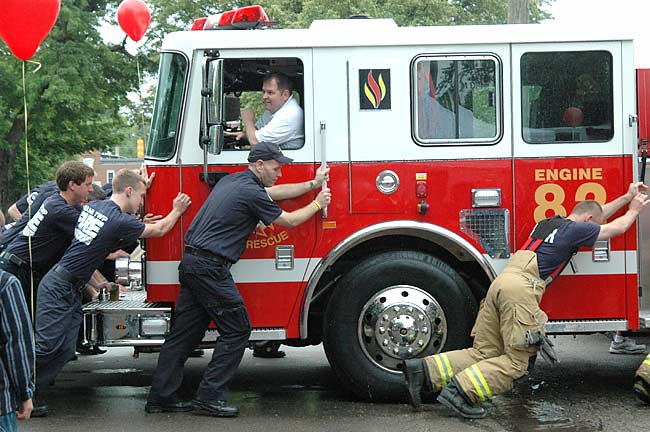 For this photo taken in 2010, Assistant Fire Chief Denny Powell sat in the truck while crew members carried out the tradition of pushing the new fire truck into its bay at the station. 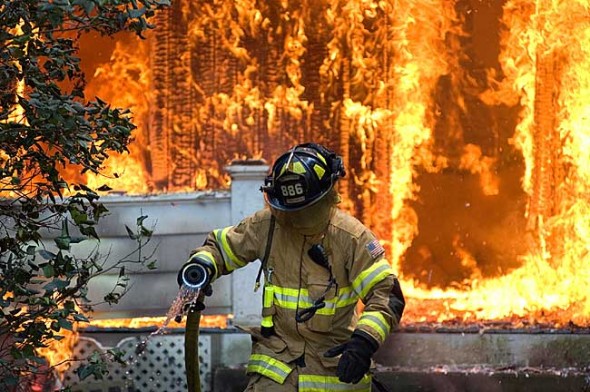 Twenty-seven members of the Miami Township Fire-Rescue squad participated in a controlled burn of the Rabbit Run farmhouse on Dayton Street on Saturday, Aug. 7.

The Miami Township Fire-Rescue squad has done some heavy lifting over the past year with a smaller than usual number of volunteer squad members and a slightly elevated emergency call volume, according to the 2010 annual report that Fire-Rescue Chief Colin Altman presented to the Village of Yellow Springs last month.

In 2010, the squad of 37 volunteers and the department’s leadership team responded to 907 calls, including 608 medical calls and 299 fire calls. The total volume was a 4 percent increase over the previous year, and a large majority of the calls, 76 percent, were in the Village of Yellow Springs.

While the number of volunteers has fallen by about 15 members, the existing squad still managed to improve its response times. The average response time from the moment the emergency tones sounded to the first medic on the scene shortened to 7 minutes 11 seconds, versus last year’s average of 7:23 and 8:06 in 2009. In total, 84 percent of all calls had a medic on the scene in less than five minutes, an improvement over past years. And the turnaround times at area hospitals decreased by 9 percent from 2009, which help to improve the availability of the department’s three ambulances.

The department’s personnel also attended a combined 2,665 hours of ongoing and new certification training completed in-house. The training covered topics including firefighting, emergency medicine and rescue, geriatric to aquatic injury management and structural fire attack. The squad also had opportunities to complete controlled structure and prairie burns at Rabbit Run Farm, a farm on Hyde road and the field at Morris Bean. 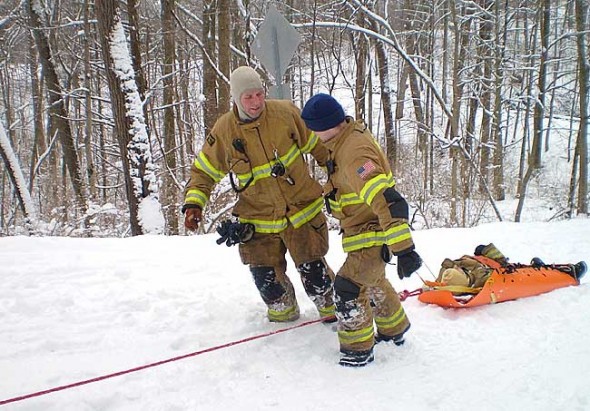