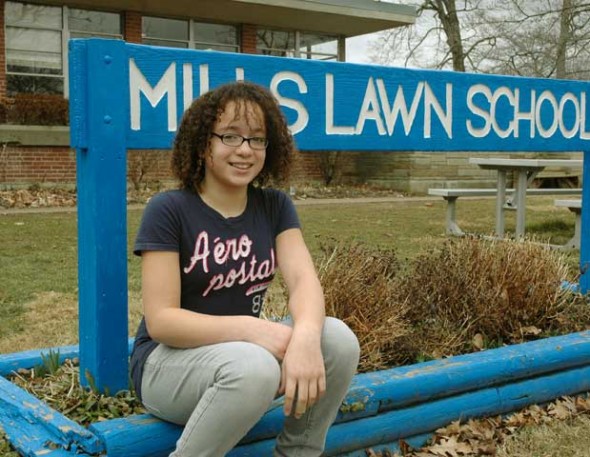 Collins spells her way to regionals

When the caller of the Mills Lawn annual spelling bee tossed out the word “racial,” fifth grade student Freddie Collins didn’t flinch. It was an easy word, she spelled it correctly, and she won the local competition for third through eighth graders that took place at the school in January.

That event launched her into the Greene County spelling bee, which took place at the Greene County Educational Services Center on Jan. 10. There too, the words were familiar and simple, and with a phonetic stab at the word “fedora,” she found herself staring at another, bigger win, and an opening to tougher competition.

This weekend Collins steps up to the big leagues at the regional level of the Scripps National Spelling Bee, sponsored locally by the Dayton Daily News. The event will be held Saturday, Feb. 6, at Sinclair Community College. And Collins is getting nervous, she said this week. While the first two events didn’t faze her, the pressure of spelling against older students is getting a bit intimidating.

But her friends at Mills Lawn have done a lot to encourage her by pronouncing “fedora Fridays” for Freddie, during which many donned that traditional caps in honor of their classmate. And it cheered her enormously at the district level to see that at least she wasn’t the youngest — she sat next to a third grader.

When Collins isn’t spelling she likes to play with dogs and hang out with her friends. She doesn’t read an enormous amount, she said, but her parents know how to spell.

“And my dad’s parents know how to spell like crazy,” she said.

Whatever the outcome this weekend, her parents Traci and Jon Collins, and the Mills Lawn community will be spelling the word “pride” in their hearts for the local letter champion.