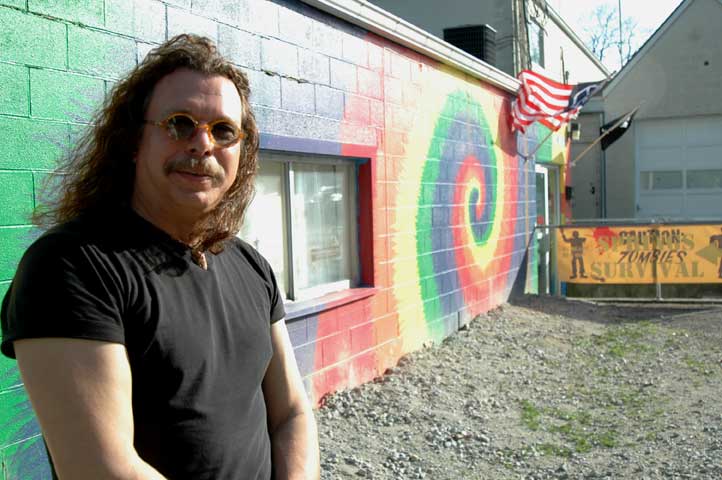 Your one-stop shop to be the fittest that survive

Are you ready for the big one? Dorothy’s tornado? The earthquake that finally hit the Midwest fault? Floods then draught from global warming? Springs Survival is your next stop — don’t make it be your last.

When local high school student Colton Pitstick ranted about the downtown last week shouting “the end is nigh,” he did mean the end of the world. But he was only joking. It was a little street theater to whet the curiosity of passersby who might not have known that the village is home to a new business, Springs Survival, that has everything one would need if a catastrophe hit “to get down the road and be able to survive for three days,” co-owner Stan Hiner said this week.

The store, which opened in December at the back of Kings Yard where the tie dye store was located, was originally conceived by Hiner and his wife Lisa Thomas as a humorous response to the Armageddon that was predicted for 2012. Hiner, a former military serviceman and wilderness and backpacking enthusiast, had packed his share of “bug out bags” and had a good idea of what the essentials for living consisted of. But when the couple learned that the Centers for Disease Control had used the zombie tactic to encourage citizens to be prepared for the kind of disaster that “comes to find you,” they included the zombie theme in their store as well. Zombies appear in both the store’s advertising as well as posters they sell, including one from Hiner’s favorite television series, “The Walking Dead.”

To bug out properly (because why succumb to the assumption that one will have to suffer and do without during a crisis?), one needs food, water and warmth, according to Hiner. The store, equipped to pack a bug out bag for those with the highest maintenance needs, features a whole shelf stand full of various kinds of MREs, which for the less militariliy inclined, that’s meals ready to eat. There’s a box of potato soup broth to feed a person three meals a day for 30 days, or a bucket that will last six months in an extreme case. The store carries various potable water solutions, from water tablets to personal water purifiers, as well as light-weight emergency blankets, fuel cans, and for the serious folks, a gas generator and a solar oven. Recurve bows and the indispensable samurai sword are also sold there, as well as hunting knives and small personal defense items, such as pepper spray.

And along with the Survival store’s military issue clothing, some offered on consignment, the business also maintains the tie dye wear that loyal patrons have returned for since the former business closed last year. 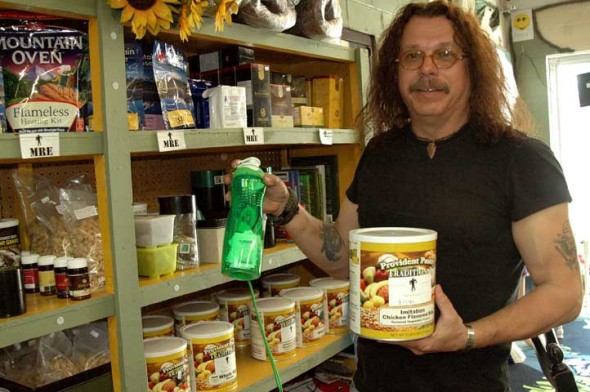 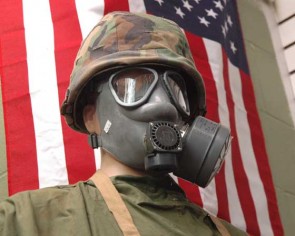 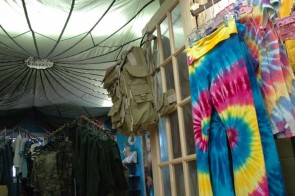