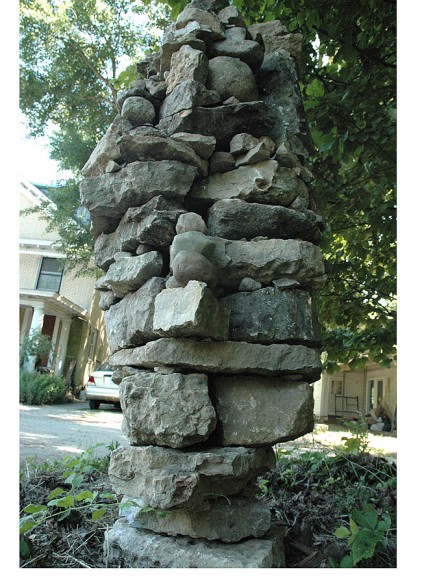 Formation at the corner of Herman Street and South High. (photos by Lauren Heaton)

Heavy but elegant, precarious but sturdy, a series of cairns erected by local artist Pierre Nagley appeared this spring in the woods where Herman and High Streets meet. PIles of stone have been used all over the world at the tops of mountains, at the edges of the sea, in the middle of the plains and along forest trails as navigational markers, sepulchres, religious shrines and works of art, such as those sculpted by British artist Andy Goldsworthy. Nagley’s works are Yellow Springs’ version of a time-honored art with function, and their placement marks the woods where the Carr Nursery once stood. 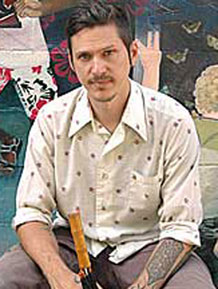 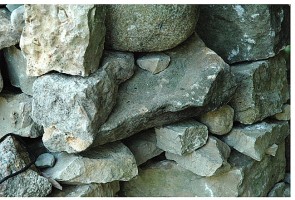 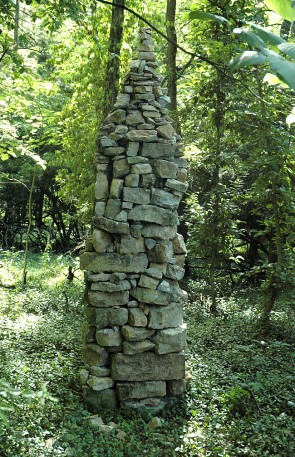 In the woods of the former Carr nursery.

Nagley recently took a break from stone work to begin a new mural at the back of the Current Cuisine building in Kieth’s Alley. The scene depicts an Arctic water with a polar bear diving for a group of juicy, unsuspecting seals below. Stay tuned for more on the icy scene when Nagley returns. 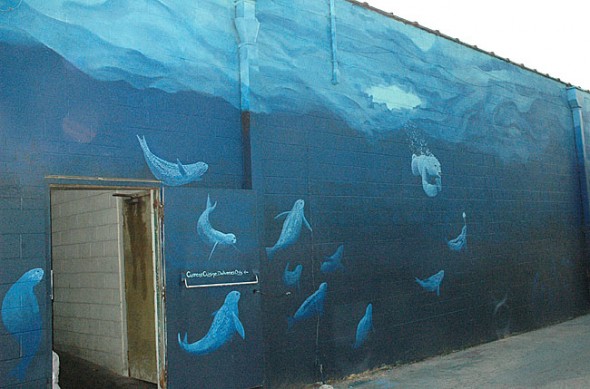 Mural in the making behind Current Cuisine.