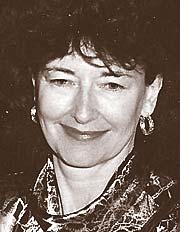 Delores Kathryn Lamont, a most beloved wife, mother and grandmother, died peacefully on Sunday, July 15, at Hospice of Dayton after a long fight with cancer. She was attended by her devoted husband, Gary, of 46 years and her three children. She was gentle and hopeful, yet well aware of the way her life was changing. She woke up each day with a fighting spirit, a love of God, and a brave desire to magically use the precious 24 hours.

Delores Leininger was born on June 5, 1941, in Minneapolis, to Anne Schumer and William Leininger. As the third child, she grew up with her two sisters and three brothers in a loving family attending the nearby Holy Name Catholic Church and elementary school. In her teenage years, she spent many hours in her parent’s Falls Bakeshop near Minnehaha Falls.

Delores was an energetic leader at the Academy of Holy Angels High School in Minneapolis, where she was all-school president in 1958 and 1959. Classmates say that because of her smiling personality, she was just fun to be with.

Her accordion playing led Delores at age 16 to place first in Class A of the Minneapolis Aquatennial Music Festival. She went on to win a Chicago Musicland Festival First Place Superior rating. She taught the instrument to many and received numerous other accordion-playing awards.

Delores graduated in 1963 from the College of St. Catherine in St. Paul, Minn. majoring in English and library science. Her resulting librarian position at St. Paul Park High School motivated considerably more males to read in the library. At this time, she was also taking care of her younger sister Linda and brother Tom, due to her parents’ death.

She found the love of her life skiing in Alta, Utah, with the Ullr ski club of Minneapolis. Delores was married to her devoted husband, Gary, on Aug. 13, 1966, in Holy Name Catholic Church. She supported her husband’s graduate education at the University of Minnesota, and the family moved in 1970 to Ohio, where Gary became a professor at the Air Force Institute of Technology at Wright-Patterson Air Force Base. They set up life in a new community, Yellow Springs.

In raising three children, Delores was a loving mother, a continuing educator, a Girl Scout leader, a den leader for Cub Scout Pack 578, and a committee member of Boy Scout Troop 78; an unheralded daily driver back and forth from gymnastics; a noisy cheerleader for the YSHS track team (all three children) and a zealous college placement advisor for her children.

Delores had a very successful quilting business and later a cruise agency from which she reluctantly retired because she tried to make everybody happy all the time. She taught her extended family to totally enjoy cruising.

Besides music and travel, she loved to ski fast, play tennis slowly, dance on the big cruise ships, play chef, read, flower garden, surf the Web and lately to be with her eight grandchildren.

Delores could remember everybody from her childhood on, and moreover, remember the clothes they wore for any special occasion; she shared an enormous collection of memories and detailed experiences

Thanks to her doctors for helping her maintain an acceptable life style for the last seven years while controlling an extremely rare and aggressive terminal cancer. As her own advocate, she developed an extensive and helpful knowledge of her cancer and its treatment. Thanks to St. Paul Catholic Church for the beautiful celebration of her life. She was a member of the church for 40 years. May her love of life and devotion to her family continue in the heart and minds of her husband, children and grandchildren, her brothers and sisters, and all her friends.