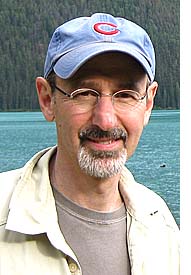 Ellis Jacobs wants to make sure every Ohioan’s vote counts. The villager, as founder and coordinator for the Miami Valley Voter Protection Coalition, has fought the legislative attempts to restrict voting that have escalated in Ohio in recent years. Last week, his cause scored a major victory when a federal court struck down an Ohio law restricting early voting on the weekend and Monday before the election.

“It’s a terrific decision,” Jacobs said. “By having weekend hours, you’re making sure all segments of society have access to the polls in some equal fashion.”

The battle over voting rights has raged in Ohio over the last year, and Jacobs has been on the front lines, since the “real fight gets fought between elections,” he said. He helped successfully push for a ballot referendum on the controversial Ohio House Bill 194, passed in 2011, which cut early voting from 35 to 16 days and eliminated the requirement that poll workers direct voters to the right precinct. When lawmakers overturned the law in favor of a new one that restricted early voting on the weekend before the election for everyone except active military members and those living abroad, the Obama campaign sued, and was vindicated in last week’s decision by U.S. District Judge Peter Economus. Ohio Attorney General Mike DeWine is appealing the ruling to the U.S. Sixth Circuit Court of Appeals in Cincinnati.

If the decision stands, Ohio voters can expect the same process as for the last election. In Yellow Springs, those residents voting early can do so in person from Oct. 2 to Nov. 5 at the Greene County Board of Elections at its new location on Ledbetter Road in Xenia during regular business hours (and until 7 p.m. during the final two weeks). Those wishing to vote absentee should return a ballot request form the state will soon send to all residents. Voter registration ends Oct. 9.

To Jacobs, an attorney with the Dayton public interest law firm Advocates for Basic Legal Equality, restricting early voting is one way lawmakers have limited voting in the state for political advantage.

“The problem is that we allow political partisans to run our election apparatus,” Jacobs said. “They can’t resist the temptation to do things that will benefit them and hurt their opposition.”

The weekend before the election has been a popular time for early voting and guarantees that working Ohioans have equal access to the polls, according to Jacobs. In Montgomery County in 2008, 10,000 people voted the weekend before the election, representing about one-third of all in-person early voters. Weekend hours are especially important for the working class, who might not have time to get to the polls by 7 p.m. during the week, Jacobs said.
In a state as divided as Ohio, what some call acts of “voter suppression” can have a big impact on election results, Jacobs said. For example, he said, 11 percent of Ohioans don’t have a photo I.D., including a disproportionate number of low-income people, seniors, students and African Americans. When a bill attempting to restrict the I.D.s required to vote recently came up in the Ohio legislature, Jacobs fought the measure and won. He has testified in front of state legislative committees, worked with fellow coalition partners the League of Women Voters and the National Association for the Advancement of Colored People to advocate for voter-friendly hours and rules and monitored elections in Montgomery, Greene and Clark counties.

Once again on election day this year, Nov. 6, the coalition will have volunteers at polls throughout the three counties monitoring poll workers, taking complaints and resolving problems. Those who run into a problem on election day can call 1-800-OUR-VOTE.

Jacobs got involved in election rights after the 2000 election, which was decided by the U.S. Supreme Court. After the election, he took a “crash course” in voting rights law and founded the Miami Valley Voter Protection Coalition in 2004.

“Going into the 2000 election, everyone thought we had a modern, well-run electoral system that didn’t involve mischief,” Jacobs said. “We were wrong.”

During the 2004 election the coalition received a dozen complaints that the newly introduced electronic voting machines were flipping votes from the candidates the voter selected to their opponent. So Jacobs scheduled an audit of machines from districts in Montgomery County where problems were reported, which determined that 41 percent of the county’s machines flipped votes. Since then the apparent technical error — that machines weren’t properly calibrated — has been fixed, and there have been no more problems with electronic voting machines reported.
“I don’t subscribe to the idea that the machines have been hacked and programmed to throw the elections,” Jacobs said. Still, his organization is monitoring closely.

Today, efforts to change voting laws are coming fast and furious, and include laws as well as orders from Secretary of State John Hustead, who has the tie-breaking vote on all the four-member county election boards. While much of the coalition’s work has been on the defensive, it is pushing a proactive ballot measure in November that would amend the Ohio constitution’s redistricting process. Currently the party in power draws new congressional districts, or as Jacobs puts it, “the same politicians who stand to win and lose the districts they control.” If the measure, Issue 2, passes, redistricting would be done by an independent commission.

Jacobs, who works to stay on top of threats to voter rights, views his work as continuing the civil rights organizing he did in Dayton in the 1960s, and as critical for democracy.

“Protecting the vote is one of the fundamental ways to ensure fairness and equality in our country,” Jacobs said. “If we didn’t do that, it’s almost guaranteed that things are going to turn out poorly.”