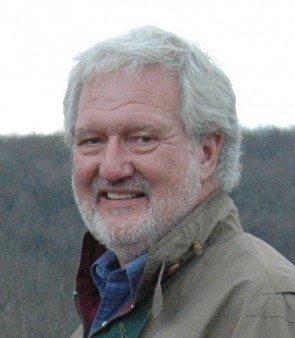 After seven years as the face of all things related to public planning and development in the village, Ed Amrhein is leaving his position as assistant Village planner. His last day will be Friday, Dec. 14.

Amrhein’s resignation is the result of a plan the Village made last year at the recommendation of former Village Manager Mark Cundiff. In order to reduce the manager’s workload and increase cost efficiencies, in October 2011 Village Council approved an ordinance to hire an assistant Village manager and eliminate the positions of both the planning assistant and the economic sustainability coordinator. Just two months after the agreement was made, Cundiff resigned to become city manager of Sydney, Ohio, and the personnel shift was postponed while the Village searched for and hired a new manager and then a new police chief.

But the resolution still stands. While Village Economic Sustainability Coordinator Sarah Wildman is still employed part-time by the Village, the intent is to eventually eliminate the coordinator’s position as well, Curliss said last week. And instead of hiring an assistant manager, Curliss hopes to contract zoning administrative work to the Greene County Regional Planning and Coordinating Commission. She plans to recommend at the Dec. 17 Council meeting that the Village enter into a six-month contract with Greene County to see how well the partnership works.

Most villages and townships in the county contract with the GCRPCC to meet their zoning administration and enforcement needs, according to Curliss. And Executive Director Stephen Anderson has been deeply involved in the rewrite of the Yellow Springs zoning code over the past year, so he knows the Village’s zoning regulations.

“Steve wrote a lot of the new code and created our new zoning map…and has been involved since early in the revision process working with the technical review committee,” Curliss said.

Greene County charges between $34 and $42 per hour for services and will be able to handle many zoning issues remotely, with the potential for one assistant planner to work at the Village one day a week, according to Curliss. The Village hopes to install Village records employee Denise Swinger to an administrative post in the planning office to provide additional help for developers and residents needing to access documents and find answers to planning questions.

And eventually, in place of an economic development coordinator, Curliss plans to focus on completing the projects that have already started. The Center for Business and Education, for instance, will be a priority, she said. And the Railroad Street property the Village purchased last month could also be a focus for possible development, with a partner such as Community Resources, the local community improvement corporation.

“I enjoy economic development, and if I just got the CBE accomplished next year, that would be huge,” Curliss said.

Amrhein first came to the Village as a part-time construction manager in 2004, and gradually moved up to full-time work in the planning office with Village Planner Phil Hawkey. He served under six interim and permanent managers in eight years and stepped in for the Village planner when that position was vacated and never refilled. Without formal training in either planning or municipal management, he took on whatever job came his way.

“I had no planning background, but I’ve taken on a lot of things that have required a steep learning curve,” Amrhein said. “It’s been a bit of a strange trip, but I’ve enjoyed it.”

The need to reduce expenditures was another factor in the decision to eliminate the two Village positions, according to the 2011 resolution. Amrhein agreed the move appeared necessary for the sake of the budget.

“The Village’s looming fiscal issues are quite real, and if changes aren’t made now, we’ll be in a definite budget crunch one and a half years from now,” he said.

This year’s general fund, which supports both planning and economic development, shows expenses falling below revenue, but next year, with the addition of capital projects, expenses are expected to exceed revenue by over $500,000. The difference will be covered by the general fund’s cash carry-over, but the trend can only continue until 2017, when the carry-over is projected to be used up.

While the savings are not exactly clear yet, Curliss is certain the personnel shift will increase efficiency and reduce overall costs for the Village.