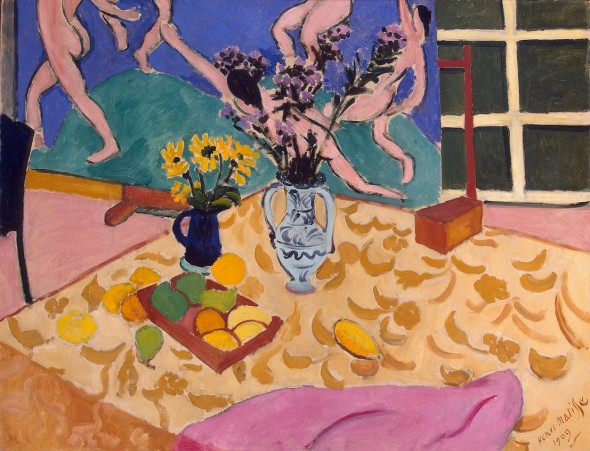 BLOG— ‘Vivre la vie,’ despite all

Reader, I’m sitting in the dark as I write this, a dog curled at my hip and a fire purring in the stove. Most of what I care about is within these four walls: husband, dog, the great and small stuff of our lives. We’re packing for an in-town move, so some of that stuff is in boxes, which gives the scene a slightly provisional feel — a useful reminder that life is provisional, is always in flux. We’re not just in the stream, we are the stream. Or as poet James Schuyler says in Hymn to Life: “The day lives us and in exchange / We it.” That seems just right.

I wrote a jaunty little post this weekend, woke up on Monday and realized it was all wrong. The attacks in Paris made it wrong. Now, the world is vast and various. People suffer, people celebrate every moment of every day. That’s the human frame, and the best response, which isn’t actually a response, is to live as wisely and deeply as you know how. Each of us has one life, and it’s ours to live. The French have a phrase for this, naturally. It’s vivre la vie, living life.

I don’t believe the world benefits when we detach from living our own lives to live — or, usually, to “fix” — other lives. I go a bit against the liberal grain on this, I know. I’m even uncomfortable with the notion of “winning a victory for humanity.” (Whew, it feels risky to say that, in this town!) Or rather, I have a different sense of how that victory might be won, and what it might consist of. (And here I would quote from Middlemarch, a novel that beautifully wrestles with these questions, were it not already packed away.)

I’m not a news junkie (just a News junkie?); in fact, I’m the opposite — “news sober,” I might say. But ours is a news culture, and certain events are so searing that they provide the context in which even the “news sober” person’s life unfolds. The Paris attacks feel like that for me. It’s the attacks themselves, of course, but also the whole deep history of pain and ugliness and suffering and domination and hatred and revenge that plays itself out, over and over — the nightmare face of the human dream. I love the small, the particular, the personal, the local, and I try, very imperfectly, to attend to these. Paul Krugman wrote on Monday that he “put other things aside to focus on the horror.” Geopolitics is his beat, but even I was shocked into pause.

And so I canned the jaunty post, and sat a while in the dark, reading a few pieces in the Times, but mostly just sitting, and writing this. There’s the Buddhist practice of tonglen, in which a person breathes in the world’s suffering, breathes out compassion. I guess I was doing my own version of this, matching my breath to the soft breath of the dog in slumber, the hot breath of the stove. Even more, though, I was walking in my mind’s eye through our little house, peering into its corners, finding it good. Peering into my husband’s face as he bent over his work, finding it good … surpassingly good.

Loving what you have is one way to grieve what others lose, I believe. How can you feel the magnitude of another’s loss unless you make your life your own through love, make it into something you can truly lose?

I don’t know how to end this piece, but the flow of time and the climb of sun is ending it for me. These words started in the dark; now they’re lit by day. That’s not a metaphor, not at all. The world is full of darkness. But my particular east-west street is gold with autumn morning sun, and there’s a ladder of light and shadow up the trunk of every tree. This, too, is the world. This is not a thing to put aside.

Hymn to Life ends this way, in a season opposite our current one: “I like it when the morning sun lights up my room / Like a yellow jelly bean, an inner glow. May mutters, ‘Why / Ask questions?’ or, ‘What are the questions you wish to ask?'”