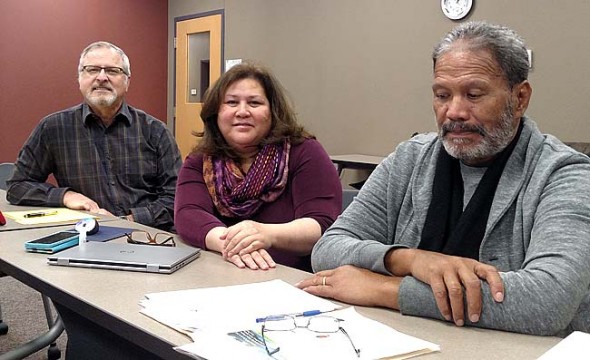 Antioch University Midwest will host a two-part workshop this month devoted to exploring societal issues of racism and justice, and how those issues are tied to an individual’s perceptions of self and society.

The workshops are being held under the umbrella of AUM’s “Victory for Humanity” event series, programs that “ensure that academic knowledge is coupled with a strong focus on social justice to empower our students and communities to inspire meaningful change,” according to the press release accompanying the event.

The workshop will be held over two consecutive weeks. Part one of the workshop is entitled “Racism: Stripped away like an onion, what lies at its heart?” and will be held on Wednesday, Jan. 20, 7–9 p.m. Part two, “Egocentrism and the Self: How to understand my own worldview” will be the following Wednesday, Jan. 27, also from 7–9 p.m. Both workshops are held at AUM in Room B105.

The cost to attend both workshop sessions is $50, and $30 for students and senior citizens.

“The “Victory for Humanity” event series represents the heart of what Antioch University Midwest is all about, and we are excited to begin 2016 with these engaging events,” said Dr. Michele Nobel, director of AUM’s Education and Interdisciplinary Studies Division.

The “Victory for Humanity” name is a reference to Antioch’s mantra, “Be ashamed to die until you have won some victory for humanity,” and the upcoming workshops represent the aims of AUM’s educational approach. The series is intended not only for students but for anyone in the community who wants to challenge their own points of view, Nobel said. The workshops encourage people to think globally but also internally, in ways that they may not have been exposed to before.

The upcoming workshops reflect a collaboration between the“Victory for Humanity” programming and the “Trail of Understanding” workshop series developed by Dr. Wendy Peters, her husband Stephen Peters and Raymond TeKorako Ruka. The latter is a series of workshops that employ “ancient wisdom traditions” in an analysis of today’s society.

The collaboration began when Wendy Peters, an adjunct professor at AUM, was looking for a place to host her series and inquired about using AUM’s facilities. AUM faculty members were putting together their own programming at the same time, and invited Peters to include her workshops under the larger “Victory for Humanity” umbrella, which has films, a panel on dyslexia and other conferences scheduled through June.

The Trail of Understanding series has workshops scheduled through June. The series will offer six two-part workshops on topics such as gender roles, the nature of time and spirituality vs. science. They will all be hosted on AUM’s campus.
The Trail of Understanding series’ emphasis on “ancient wisdom traditions” reflects the experiences of Dr. Peters, a native Hawaiian, and the group’s partnership with Waitaha, a 2,000 year-old New Zealand nation, of which TeKorako Ruka’s is a priest and Maori elder.

The lecture series is a conduit between the past and the present world, said TeKorako Ruka, a way to apply ancient wisdom to the present.

A common theme among native traditions is the idea of connectivity, said Wendy Peters, connectivity among people, places, events and the world around us. The sense that everything is connected is missing from Western philosophy, she said, which fosters egocentricism and attitudes that can keep us apart. An understanding of this connectivity is key to a more equitable world, she said.

“The idea is not to be told what to think, but to how to think, how to connect the dots,” she said.

Stephen Peters stressed that the upcoming events are workshops, not classes. They are interactive and self-directed, he said. They are not meant to replace philosophies but to help people see where they come from.

“There is a way to restore flow and balance, a way to sift through the chaos of the world today,” he said, “and these workshops can help light that fuse.”

Plus, the events are being held late enough in the evening that attendees will have time to go home after work, take care of their business and come back with a fresh mind, ready to be challenged, said Nobel.

To learn more or register for the events, visit thenett.com. For more information, contact Dr. Wendy Peters at wendy@thenett.com.