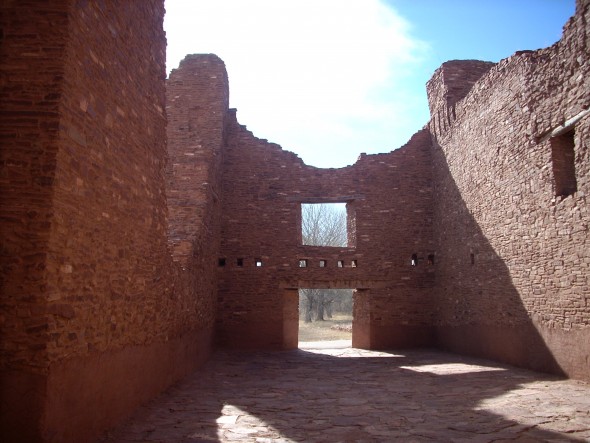 BLOG— Another year by

Time, is that you knocking? At the door this time, Time, three sharp raps from the oldest knuckles in the world. Another year by, Time? Really? Why, I remember you at last year’s door — same knock, same knuckles — and the year before that, and so on back to my earliest years when, I have to tell you, Time, you came around far less often, and I was fine with that, Time, really fine, and when the grown-ups said, “Time flies!” I thought they were wrong about you, because you, Time, didn’t fly, you walked so slowly, like a girl at dusk on the first and longest day of summer.

But you must have come around some, Time, because the years have passed, and that girl walked through a bunch of summers, a bunch of falls and winters, and you always found her door, Time, in whatever city or town she was, you found her door and knocked the knock that must be answered. And when you knocked, and when she answered, you must have run away, Time, because she always opened the door to an empty stoop or porch, empty with a shimmer, as though the air were rearranging its silver wraps around a sudden absence.

That’s you, Time, absent like a certain kind of landlord, with rent that’s always due.

Oh, it’s not so dire as that, is it, Time? Often I’ve bounded through this life, eager for the next sun-filled field, though often, too, I’ve slogged, feet and heart so heavy, the whole long length of me cobblestoned with grief, and the slowest days are those when the fly inside the window can barely lift one foot of six from the clouded pane. And I can’t decide, Time, if you slow down or speed up with me, or if you’re more like those sidewalks at the airport (a place where, it’s true, Time, we seek to defy you, give you the slip, jump zones and lose or gain a little of you) that set a clip and stick with it, sending even the stubborn standers inexorably ahead. At times I’ve been a stubborn stander, haven’t I, Time? And still your knocks came.

Time, you untie me, I feel the knots inside loosening the way a stream swirls free its caught debris. “Time is the enemy,” the surgeon with his little pencil and scalpel glint will say; he’ll offer ways to tighten what you, Time, have made soft with drifts like snow or drapes like rain in wind. Time, you’re a friend, your knock’s a friend’s knock, though it’s sharp like the words of the friend who doesn’t mince words, and what you deliver mostly isn’t the package I ordered, but then you’ve always said, Time, that getting the right package isn’t really the point; answering the triple-rap is.

You’re sneaky with wisdom, Time, snaky with hints and insights, and the nails on your boots drive home certain points like years knocked into the transcontinental rail, silver ladder from shore to shore, start here, end there, Time is the grip and slide that spins all wheels. A final nail’s knocked in, but that’s years down the road, years and years, tell me it is, Time, and in the meantime there’s farmland and forest and a knuckle of hills, there are sharp peaks that make their points and low lands that listen past points to the tomb of silence inside.

There’s a girl by the tracks, perhaps, a girl I seem to know from years of doors ago, and she’s walking like it’s summer, and time — that’s you, Time — is the shadow at her feet, and she’s the point around which you steady-turn your garden clock to draw for years the circle of one day.

One day is what she dreams of, “One day I’ll do and be and have” … and you, Time, make it come to pass, or make it pass her by. Every life’s a bit of both, Time, for passage is a hall with walls between closed doors, and passage is a boat that only seems to drift, but shows us everything for miles as we end up coming in, our ship’s bell like your knock, just behind your tide.