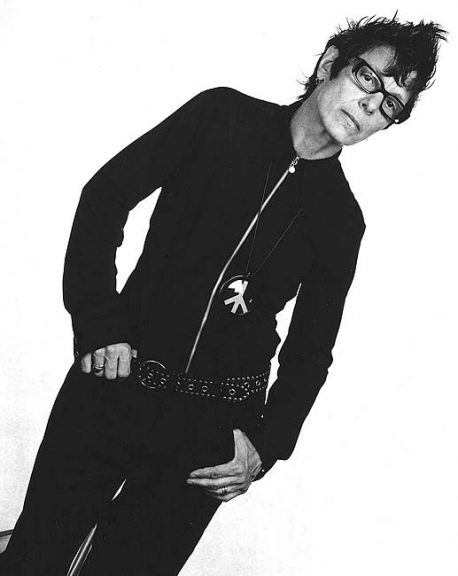 submitted photo by Jack Mitchell
“Radical choreogrrapher” Elizabeth Streb of New York City will visit the Antioch College campus next Thursday and Friday, June 9 and 10. She will answer questions following a documentary film of her work, “Born to Fly,” on Thursday at 7 at the college Arts and Science building. (Submitted photo)

A MacArthur “genius” award winner, Elizabeth Streb is described in a 2015 New Yorker article as a “radical choreographer.” But Streb isn’t sure that her creations are actually dance. Rather, according to a recent press release, they combine dance, boxing, circus acrobatics, Hollywood stunt moves and athletics into a new way of showing “the poetry of being alive in a physical universe,” she said in a phone interview from New York this week.

In creating her new language, Streb has pushed the body to its extremes — her dance troupe is called the Extreme Action Company, and her teaching center in Brooklyn is the Streb Lab for Action Mechanics. And in the past she has, according to the release, “dived through glass, allowed a ton of dirt to fall on her head, walked down the outside of London’s City Hall and set herself on fire,” among other feats of extreme action.

Next week, with two events, Streb is bringing her extreme action language to Yellow Springs.

A screening of  the documentary “Born to Fly: Elizabeth Streb vs. Gravity,” will take place on Thursday, June 9 at 7 p.m. at the Antioch College Arts and Science Building, with a question and answer period with Streb following the film. The event is free to Antioch College community members and $5 for the public.

On Friday, June 10, at 11 a.m. in the South Gym, Streb will lead a one-hour master class on her technique, called -POPACTION. The event is free to the college community and $15 for the public. Both events are sponsored by the Antioch College arts division and Yellow Springs Dance.

“Born to Fly,” which aired on PBS in 2014, follows Streb and the Extreme Action company, who “challenge the assumptions of art, aging, injury, gender and human possibility,” according to the film’s web site. The film culminates on July 15, 2012, when the company performed “One Extraordinary Day,” a performance piece in downtown London that had been commissioned from Streb by the London Olympics Committee. The piece included seven different sites of extreme action performance, including dancers in red who defied gravity by jumping (with bungee cords) off the Millennial Bridge, walking down the side of London’s City Hall and flying off 10, 20 and 30 foot-tall scaffolding in Trafalgar Square to land on mats below, among others.

The film captures the astonished crowds watching these feats.

“My biggest dream is that people happened upon something that they will never forget,” Streb said this week about the performances, which were splashed on the front pages of the following day’s London papers.

Streb is coming to Yellow Springs because of her longtime association with Michael Casselli, the college’s assistant professor of sculpture and installation.

“Elizabeth’s work was eye-opening to me,” Casselli, who studied art and dance while an Antioch student, wrote in an email this week. “I was especially interested in her thoughts about music and its influence on movement, the relationship of action to movement, the willingness to break with traditional dance forms and also the work she started and continues to do via the SLAM space in Brooklyn.”

Casselli was a “major collaborator” on her pieces, according to Streb this week, who said he envisioned and built sets and several hardware devices that are essential to her dances.

“I consider him to have one of the most inventive brains I know,” she said this week. “He walked through war zones to get things done for me.”

Those interested in registering for the Friday master class should email Casselli at mcasselli@antiochcollege.org by June 9.