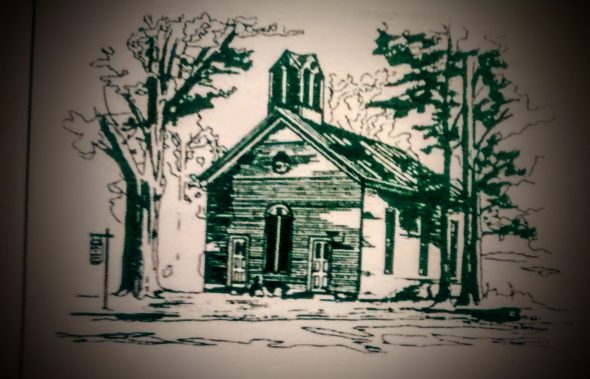 This weekend I visited Albany, NY with my family. While we were there, we visited the mansion of Phillip Schuyler, Revolutionary War general, early U.S. Senator and, perhaps more famously, the father of Eliza Schuyler Hamilton and father-in-law to Alexander Hamilton. There was a small museum on the grounds of the restored historic home containing a handful of artifacts and walls of text outlining the history of the Schuylers. At the front desk there was a guestbook filled with the names of visitors from a variety of locations. Each guest was also asked to answer the question “How did you hear about us?” And the answer for almost every visitor was the same: “Hamilton.”

If you don’t know about “Hamilton” at this point, I can only assume it’s because you’re going out of your way to avoid it. The musical, which dramatizes the life of Alexander Hamilton, was penned by Tony winner Lin-Manuel Miranda and based on a biography of Hamilton by historian Ron Chernow, and is basically driving the nation insane with new appreciation for early U.S. historical minutiae. There are currently 21 holds placed on the Chernow biography at the Greene County Public Library. People are reading the Federalist Papers. I think my 14-year-old sister might be in love with the Marquis de LaFayette.

I am not exempt from “Hamilton” fever. I came late to the party: about a month ago I discovered I had access to the original Broadway cast recording of the show on Amazon Prime, and decided to give it a go one day when I was cleaning house. Around two-and-a-half hours later, I found myself sitting on the couch holding my Swiffer and weeping over the story of a dude whom I had previously only known was on the $10 and was killed by Aaron Burr — and I only knew that because of the milk commercial.

The Georgian style mansion of Phillip and Catherine Van Rensselaer Schuyler was built in 1761 just outside of what was then Albany, on a knoll from which, before the city expanded, one could apparently see the Hudson River. Our tour group stood before a large painting of Phillip Schuyler in the home’s large main hall, and the docent told us about Schuyler’s military exploits, how he was blamed for the American defeat in Ticonderoga and how he demanded his own court martial so that he could be exonerated — which he was. She told us his money mostly came from his marriage to Catherine, of Dutch ancestry and apparently crazy rich, and that the family had at least a dozen slaves working on the property. She told us that this mansion had also been home to the Schuyler sisters: Angelica, Eliza.

“And Peggy!” shouted my daughter, Lucy. My 5-year-old is also a fan. Her knowledge of the Schuyler sisters stems mainly from the song of the same name in the first act of “Hamilton.” The R&B tune introduces Angelica, bright and hungry for change; Eliza, doe-eyed and curious; and Margarita (or “Peggy”), the consummate third wheel. In fact, after this tune, Peggy’s rarely on stage again or mentioned at all. (And, of course, there were two more Schuyler sisters and some Schuyler brothers who are no doubt annoyed from beyond the grave at their absence from the annals of pop culture history.)

Peggy’s father suffered a similar fate during our tour that afternoon, as it was difficult to keep the group focused on poor Phillip, now eternally overshadowed by his famous son-in-law. Hamilton’s ghost was around every corner: he was married in this room, he first met Eliza over dinner in this room, he might have stayed in this room, here’s a powdered wig like the kind he used to wear.

Nevertheless, if it weren’t for Alexander Hamilton, the Schuyler Mansion would almost certainly not be as well attended; the docent told me before the tour that attendance has more than doubled since “Hamilton” has reached cultural phenomenon status. I came in with a dozen or so others for the noon tour; we came in knowing a certain amount about a few select people, and came out having learned more, our pop cultural motives notwithstanding. And we were reminded that, even though they may be celebrated in song, the men and women of our country’s past were also braggarts and philanderers and liars and thieves and, yes, slaveowners, which is often overlooked and important to remember.

My husband Anthony and I visited a few more historical sites during the trip, including part of the Erie Canalway National Heritage Corridor and the battlefield at Saratoga National Historical Park, both of which are maintained by the National Parks Service. We also saw the cottage on Mt. McGregor where President Grant died of throat cancer (somewhat bizarrely billed at the site’s gift shop as the place where he “won his final victory”). The cottage is impeccably preserved, its ground floor rooms virtually untouched since the day Grant died.

All of the places we stopped were well-attended and well-maintained, each having some major significance to American history — Saratoga Battlefield itself also benefits slightly from “Hamilton” fever, as Philip Schuyler’s summer home is several miles north in Schuylerville, and is part of the same National Historical Park facility.

As we began to head back to Albany after our day’s journey, we passed by a sign heralding the Wilton Heritage Museum. With a little time left on our hands before we needed to return, we decided to check the place out. The museum, maintained by the Wilton Heritage Society, resides in the former Wiltonville Methodist Church, which was built in 1817. It features a hodgepodge of exhibits, including reproductions of a Victorian-era parlor and a one-room schoolhouse; artifacts from Wilton’s former Town Hall, which burned down; the town’s original post office, which is litle more than a shelf’s worth of P.O. boxes; and some of the personal effects of the late Dr. Orra Phelps, a fascinating-sounding woman who was a doctor, naturalist, Naval officer, botanist and teacher, as well as a charter member of the Wilton Heritage Society.

Running down the center of the church-turned-museum’s main room is a group of folding tables. The docent explained that this is where the Heritage Society meets, once a month — when it’s not too cold.

“Sometimes we meet in March, sometimes not,” she said. “In November, if it’s too cold, we meet up at the Senior Center.”

The Heritage Society meets for potluck and to talk local history, and ostensibly to work out who will staff the museum’s very limited open hours: it’s open only three months a year, during June, July and August, three days a week (Friday, Saturday and Sunday) for three hours each day (1 to 4 p.m.).

“There’s just not enough interest for more hours,” the docent told us. Sometimes, she said, nobody comes in at all.

And yet, the Heritage Society continues. The museum is a labor of love in a town that is experiencing an upsurge in population and tourism but, according to the docent, something of a loss of historical relevance to its citizens. A little sheepish that we couldn’t stay longer, we threw some money in the donation jar and signed the guest book which, unlike the guest book at the Schuyler mansion, was sparsely filled.

Maybe someday somebody will write a Broadway musical about the life of Dr. Orra Phelps, and folks will come flocking to the former Wiltonville Methodist Church to learn more about her life. Doubtful, but maybe.

Until then, people with a desire to keep history alive keep showing up, usually unpaid (even at many of the National Parks sites), to volunteer their precious time, assuring that you and I can get in the door to these consecrated places and remind us that the Peggy Schuylers and the Dr. Orra Phelpses of history are also interesting and deserve to be remembered.

If you ever get to visit upstate New York in the summer, think about dropping by the Wilton Heritage Museum. And if you can’t make it up, you can become a member of the Heritage Society anyway: all it takes is $5 a year and an unwillingness to forget. 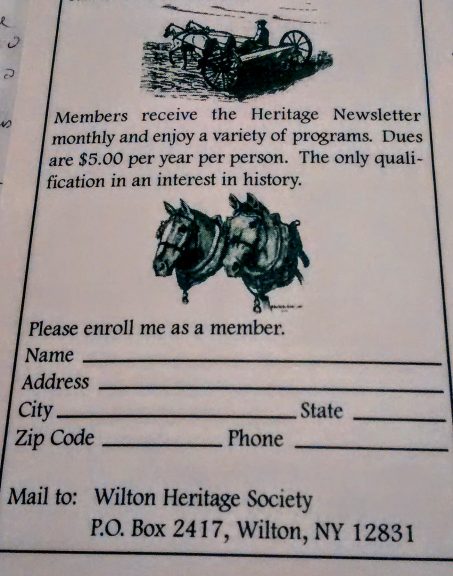