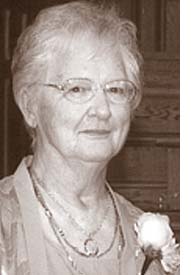 Fred and Marthalee graduated from Antioch College in 1951. Marthalee was the daughter-in-law of the late C. O. and Verna Schaub, sister-in-law of the late William H. Schaub and aunt to Janice Schaub and Dale Schaub, all former Yellow Springs residents. C. O. was Antioch College’s superintendent of grounds for many years. Fred and Marthalee lived most of their married life in Mount Vernon, Ohio.

Marthalee was an avid Girl Scouter for most of her 80-plus years. She enjoyed nature and the outdoors, taking many trips with Fred after his retirement to pursue these loves.

She leaves behind four children, 11 grandchildren and seven great-grandchildren, including her most recent, who was born one day prior to her death.

Besides her husband, she was preceded in death by a brother, Warner Wolverton, and her sister, Mary Wolverton.