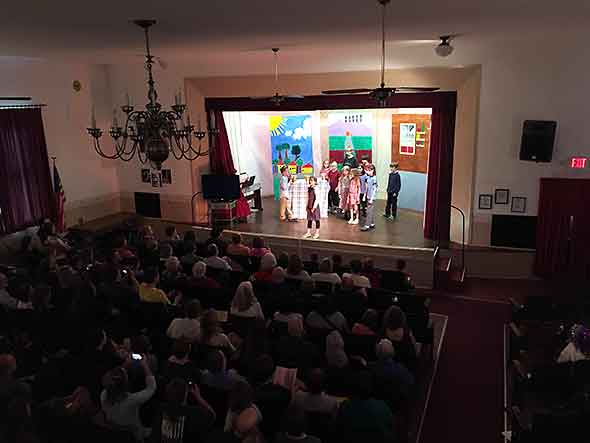 It was a treat that could barely be resisted and yet it overwhelmed. For the many times as I sat down to watch the beginning of Willy Wonka and the Chocolate Factory, I could rarely make it to the end. Much like the rich confections it featured, the 1971 film was both delight and hazard. I would sing the opening number along with Jim the Candy Shop Keeper, tag along after the charming Charlie Bucket through the winding alleys of his European village, kick up my heels like Grandpa Joe over finding the final Golden Ticket, but then flee from the scene when Wanka whipped his paddle boat into a fine foaming froth. Wanka’s manic incantation of rowers rowing and dangers growing I gathered as ample warning and did not return. 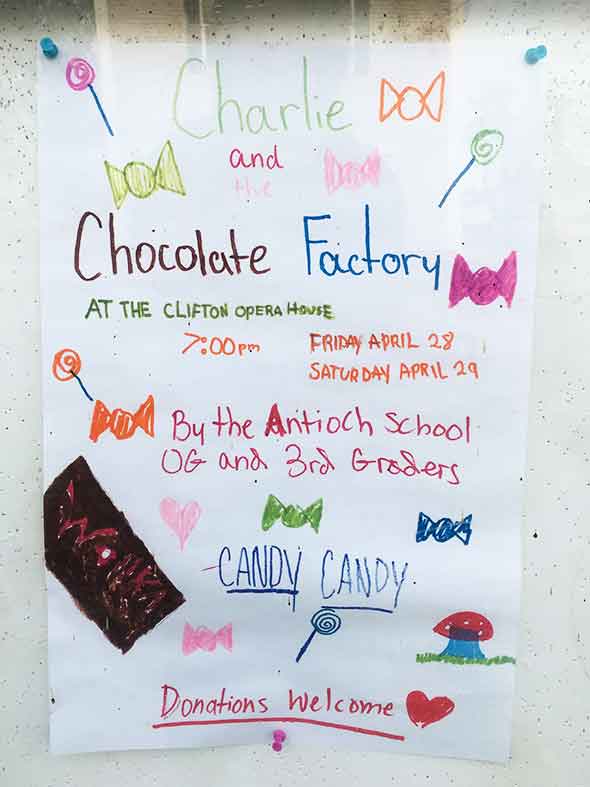 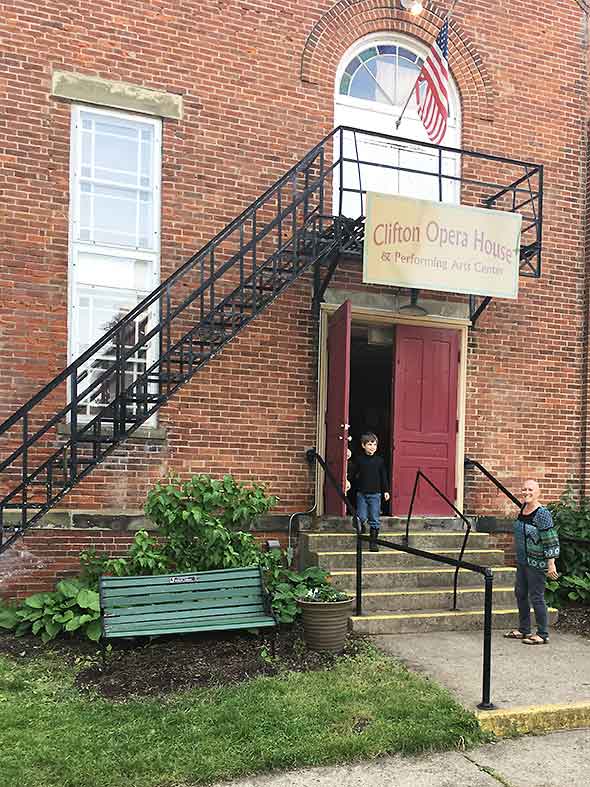 It took several attempts to brave that wild river in order to embark on the next scene in the Invention Room…only to bolt again on discovering the fate of Violet Beauregarde and then again in a later viewing on witnessing the comeuppance of Veruca Salt. 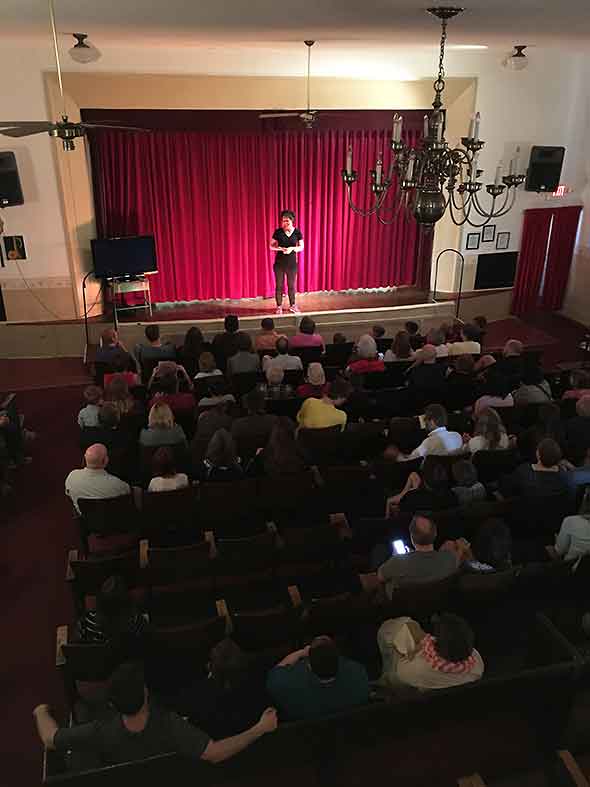 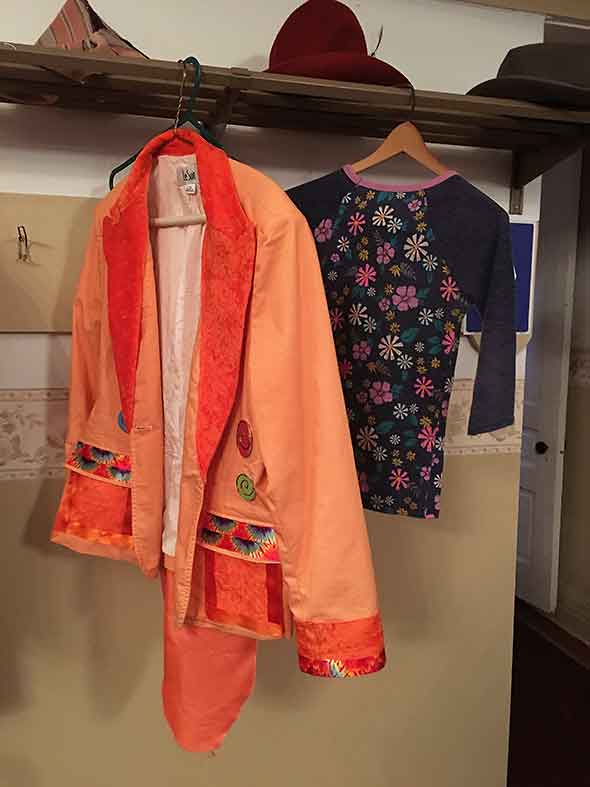 The factory tour was a long, hard struggle to make it all the way to the glass elevator…which made me appreciate Charlie all the more for his winning resilience.

I appreciated my own daughter’s resilience too when she stepped to the footlights at the Clifton Opera House in the spring open of the Antioch School’s reverent reproduction of the 1971 musical. There, she gave a full throated rendition of The Candy Man. Getting into the role of the Candy Shop Keeper, she clasp her hands together in front of her apron and leaned into her shoulder as she sang “satisfying and delicious”. 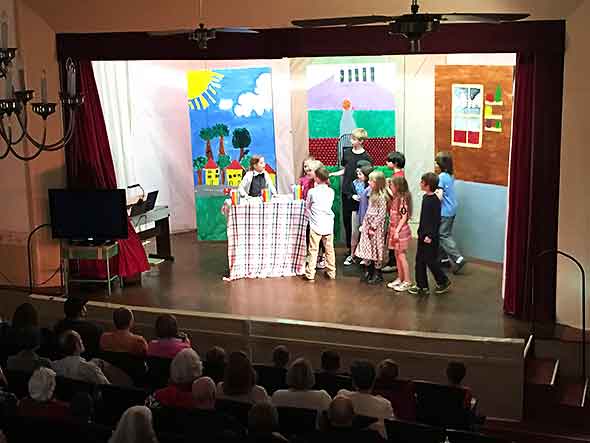 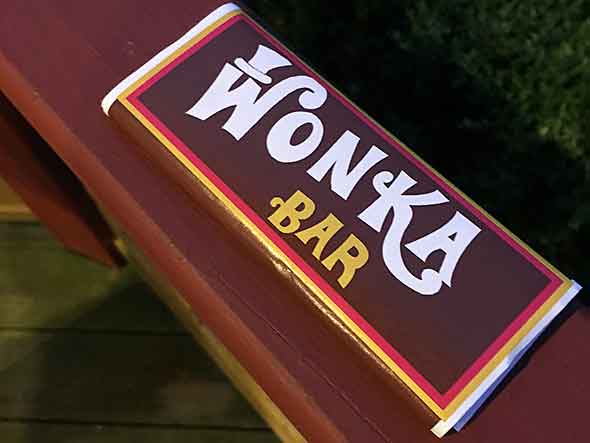 Talk about your childhood wishes! Later, she would appear as an Umpa Lumpa assisting Willy Wanka as he hands out every lasting gobstoppers to the children and presents his magnificent multi-course-meal gum. Our son particularly enjoyed the Umpa Lumpa songs “If you’re not greedy, you will go far.” Riding back and forth to rehearsal in Clifton, theourchildren would practice the verses together getting into small tiffs over whether they should be singing Umpa Dee Dah or Umpa Dee Dar. 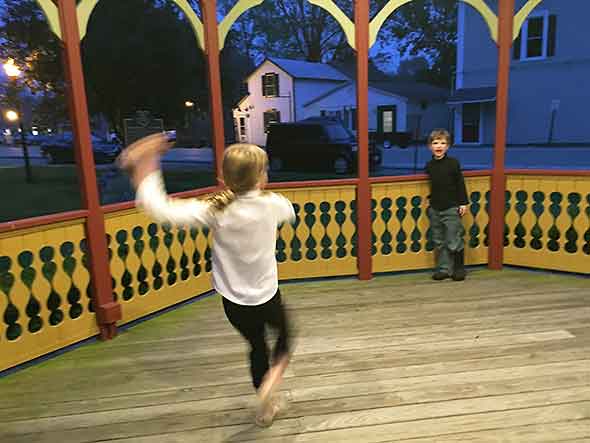 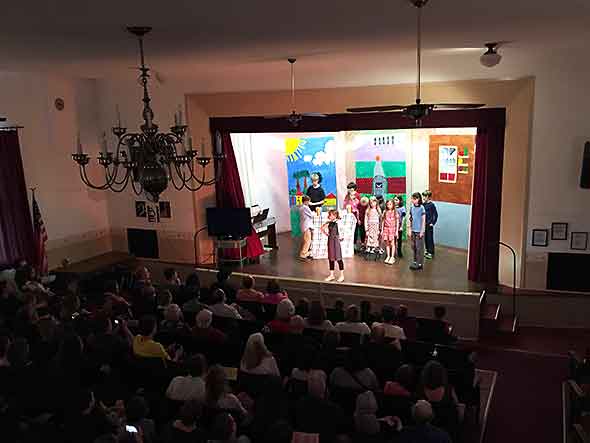 Yesterday my son asked if he could share a secret. He whispered in my ear that he wished he could watch Disney’s Willy Wanka. Weeks earlier, my daughter had found clips from the 2005 movie in her search for Umpa Lumpa songs on YouTube. She had watched the clips together with her brother, and they became intrigued. I hesitated wondering if the film was a good idea and then realized if anyone was going to freak out over the new show it would be me. It was silly of me to worry. The children had been given a gentle introduction to the story…first through the book, then through the play that they produced, finally in small contained bursts via YouTube, and finally through the 1971 movie musical starring the wonderful Gene Wilder. The only thing to worry about with the 2005 movie is whether Johnny Depp’s Wanka would deliver the goods…the wacky, the weird, the wonderful…and then, at its chewy center, a heart that’s gold.