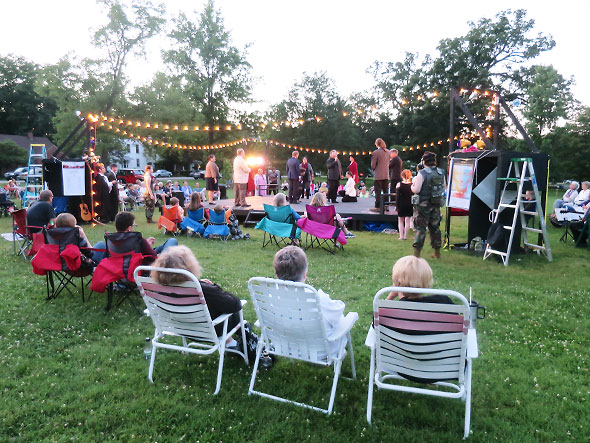 I have to admit. My first experience reading Shakespeare—way back three decades ago in high school—was tortuous. We read three plays of Shakespeare in all…Romeo and Juliet, Julius Caesar, and a Scottish play which I will not mention in name in deference to my director. Why my high school literature teach decided to focus on William Shakespeare’s tragedies is beyond me. I had already seen several of his comedies on the public television channel and rather liked The Twelfth Night. My english literature teacher however was no fan of the meet cute and instead his picks mounted a sizable body count by the end of my senior year. Our taste were divergent to say the least. During that decade that also featured the emergence of slasher films, I developed a life long disdain for stories that revolve around death scenes. I had seen quite enough already to be impressed. 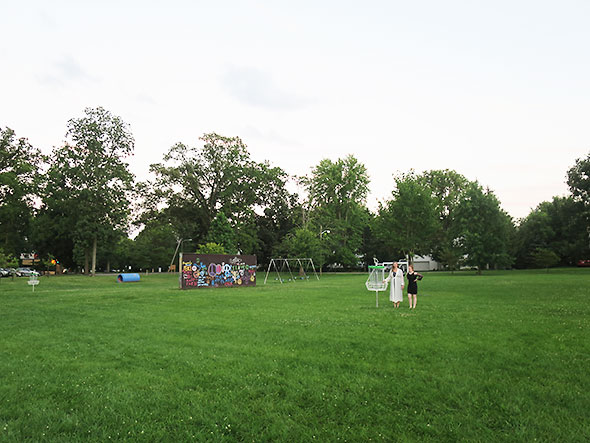 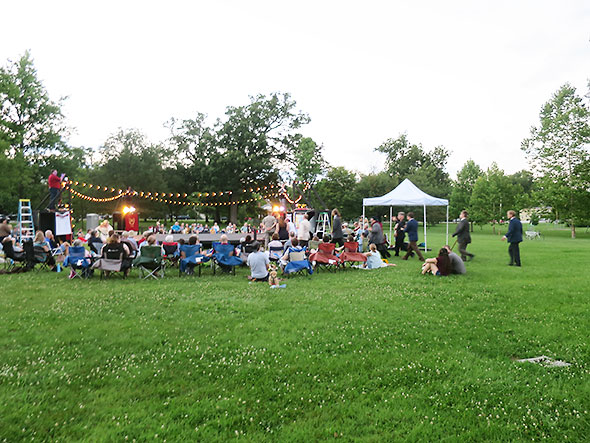 So why even try out for Julius Caesar, a play with many death scenes? For one, I had to return after last summer’s production of Much Ado About Nothing. For another, my husband was game to audition too. 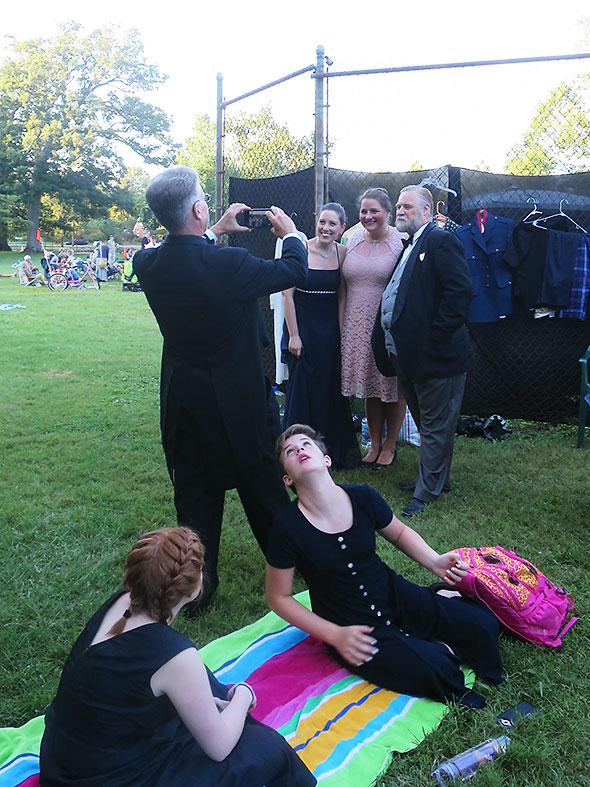 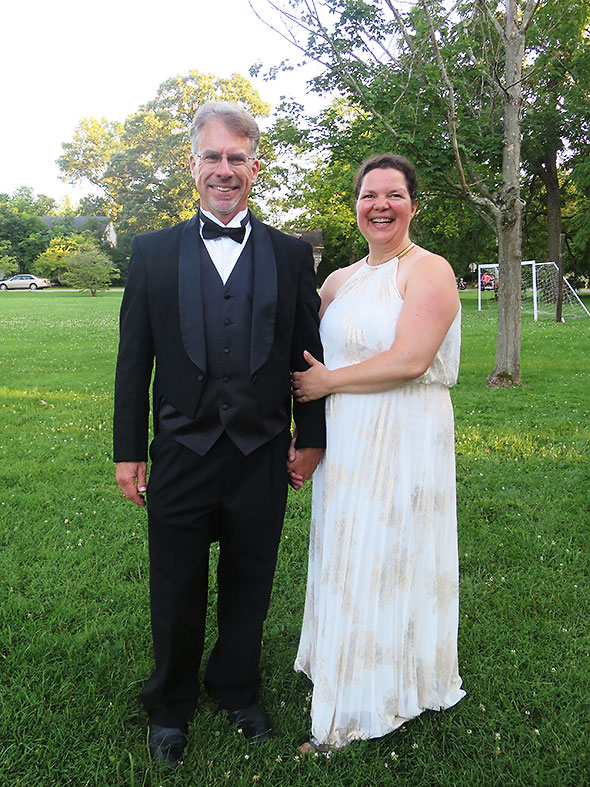 What we experienced in this production is nothing short of a revelation. The intensity of the production—the timely subject matter, the laser focus of tech week, and the intricate interlocking themes of this incredible story—has brought an intimate experience both rare and transformative. 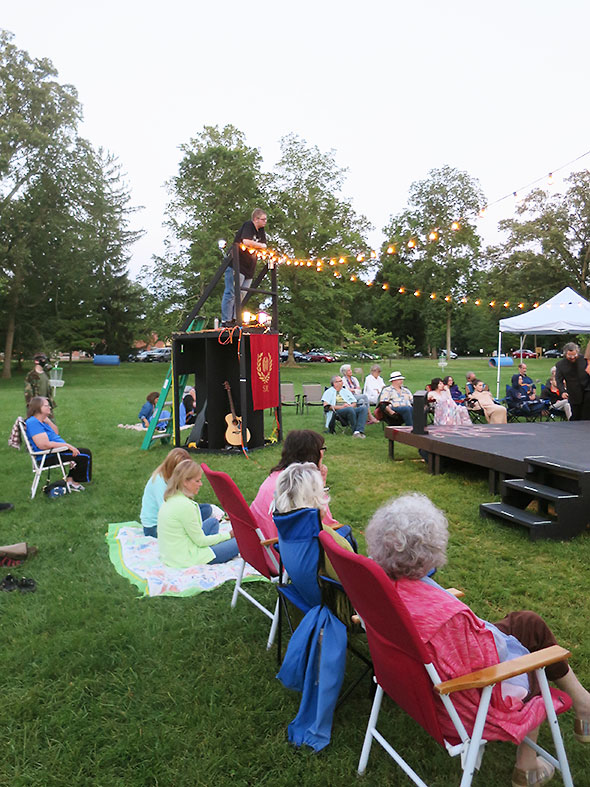 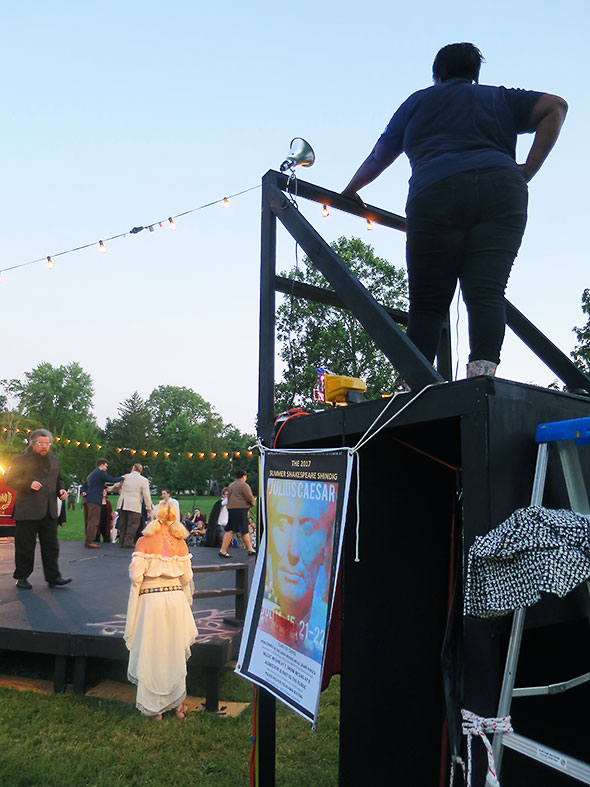 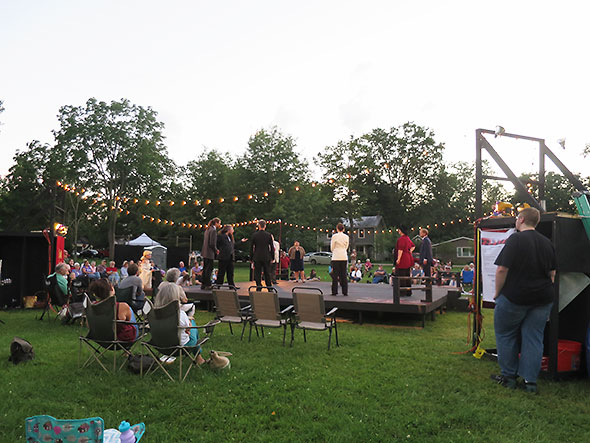 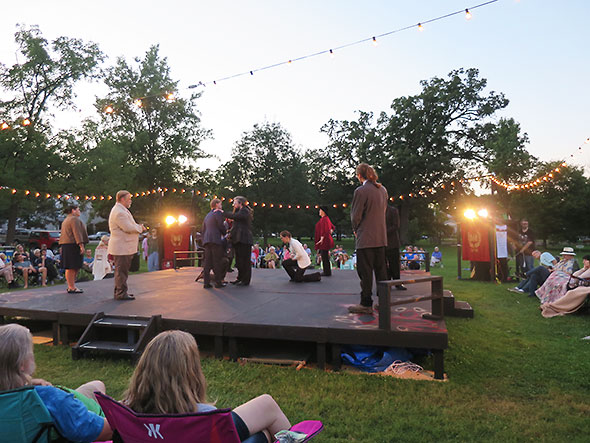 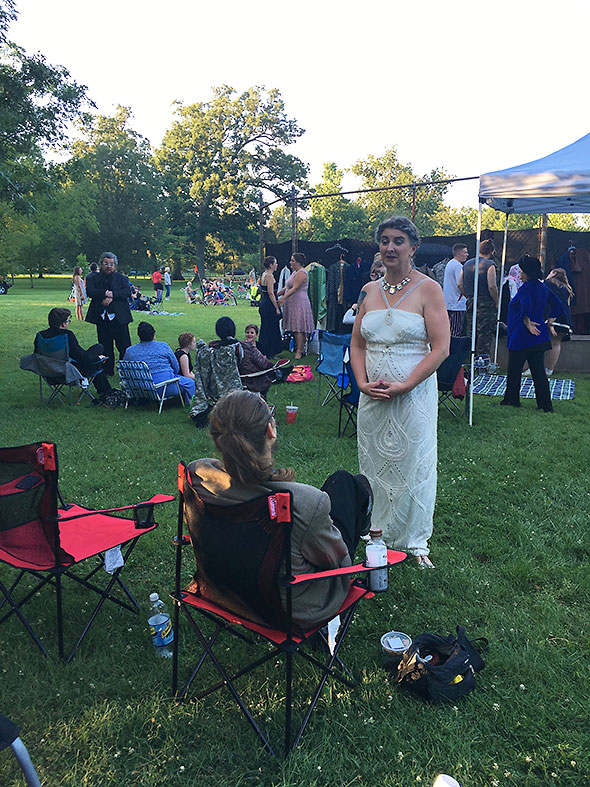 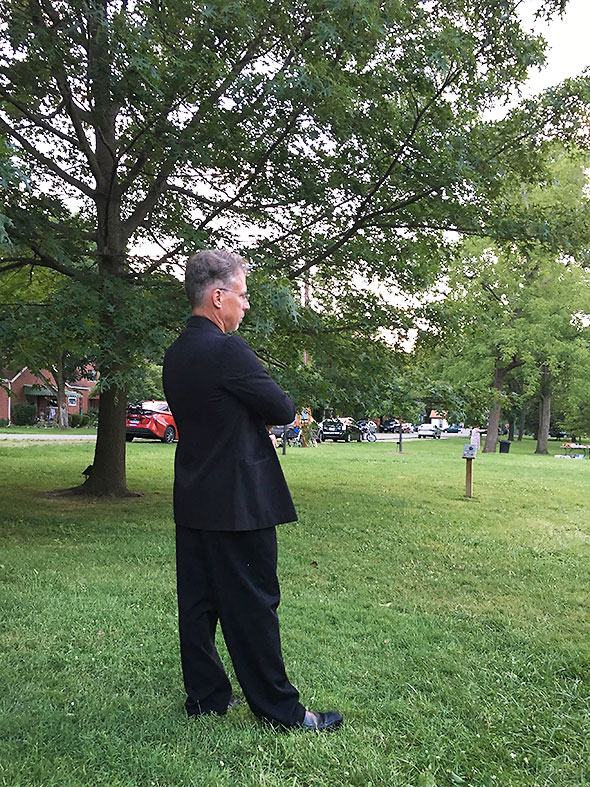 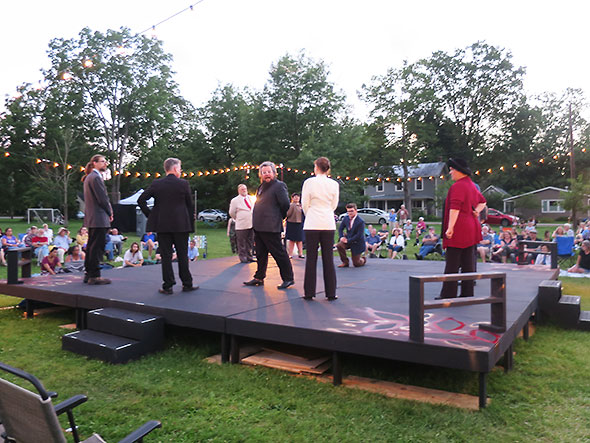 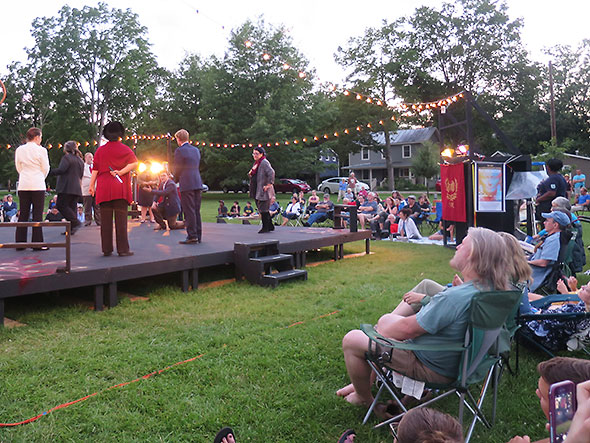