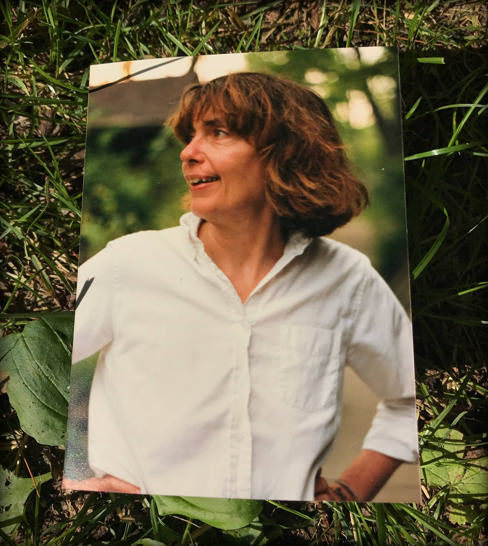 BLOG — Ms. Mac: Ever Our Teacher 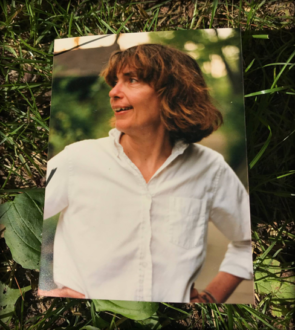 Within the past two years I have presided over the memorial services of John Winks, Lloyd Kennedy, and as of August 5, Mary McDonald, a longtime resident and teacher at YSHS. Of the three, I knew Ms. Mac — as I and many others call her — the longest. She also had the most indelible impact on my consciousness. That was a constant refrain at her service. She changed lives.

Ms. Mac taught English, but as Gudge reminded us, she started out as a math aide. Gudge knew Ms. Mac as his teacher, then as his colleague, and always as a friend. This was also a refrain amongst retired faculty and staff in attendance: Shirley Mullins, Joyce McCurdy, Lance Jordan, Chris Rainey, and Kay Curly. Current and longtime teacher John Day spoke tenderly about how Mary Mac, another beloved nickname, was his mentor when he started in 1993. His important career was beginning just as hers was winding down. As Gudge pointed out, Ms. Mac often claimed that she and Mr. Day had an idea when it was clearly her own, but she got it up and running by hook or crook, which often included drafting others without their knowledge.

Did you know that Ms. Mac coached softball? That she helped pioneer Humanities-based specialty classes, and before there was project-based learning, she was helping students through radical approaches to learning? Now that she has passed on to the next world and the legal statute of limitations has run out, I can tell a story that underscores the point about how she helped students take important risks.

It’s senior year, 1994. I’m taking AP English for the second time because I specifically tested out of English 10 so I could study literature with Ms. Mac two more times, and as she changed the syllabus each year, I am already well-read. We’re studying Orwell’s 1984, and six of us decide that for our project we want to make a Room 101 — the ominous place in which either allegiance to Big Brother or death will result — for our classmates. We explain that we’ll administer an exploratory survey to determine their fears, without them knowing it is coming from us, and then compile the data, brainstorm a Room 101, and come back to report in.

Ms. Mac nods along, peppering the presentation with a periodic “uh-huh” until we finish. She pauses and with that mischievous smile she says, “That sounds like it’ll need a parent permission slip.”

Two weeks later, permission slips secured and data compiled, we report back that we will make three custom videos containing images corresponding to at least one fear from each person. The physics room on the opposite side of the building had already been granted us, we explain, and we’d already designated and been memorizing assigned numbers for our classmates. We tell her that we want to dress in all black, with balaclavas and T-shirts (from Margaritaville!) emblazoned with the title of an Ice-T song, “Shut Up, Just Be Happy,” which would also be a major part of the videos.

Again, Ms. Mac nods along. But not a single “uh-huh” is proffered. Finally, she speaks: “How are you going to make those videos?”

We looked nervously at each other. Finally, Chad Carpenter says, “We’re going to sneak into the Foundry Theater and use the editing equipment,” words spoken with an intonation somewhere between statement and query.

She nods again, but as though one train of thought is merging with another. “I don’t know this part. Do you understand me? I don’t know of that.” We agree, promising her we won’t be destructive. Most of us are in the drama club so “sneaking in” just meant we have a key we shouldn’t have, and the only thing damaged was the air quality by six teenage boys drinking Mountain Dew, eating junk food, and snorting Pixie Sticks.

So, make the videos we do and on the big day, we are true to our word. We burst into the classroom, bark out orders, and march our fellow students to the designated space. Strobe lights in the room increase the tension; the sound to the videos is connected to subwoofers. We separate friends; we don’t allow people to speak. The experience is an assault. After it ends, we are met with silence. I turn on the light too quickly, Chad lets me know.

“We should’ve seen how long they would sit there,” he says. He’s right. I goofed. It is one of my, “I wish I could go back in time and do something different” moments.

Some students are upset, parents, too. There are phone calls. Probably just a few, but at the time it seems big to me. Miss Mac stands up for us.

“The fact that people are upset means you completed the assignment well,” she says, reassuring us that she has our backs all the way. Ms. Mac always had students’ backs. Always.

Such a project would be impossible post-Columbine, post-9/11, post-militarized police. And that’s unfortunate. Dozens and dozens of former students have been writing online, telling their own Ms. Mac stories. She put the right books into the hands of thousands of kids who needed them. She taught novels written by women and people of color; we read stories that featured sex, drugs, violence, and heartache. She made us write journals, even though we fought it; she asked us what we thought. She’d let us eat lunch in her room, play music and sing. Ms. Mac was one of the amazing teachers who made high school special. My fervent hope is that in her latter days when she was losing memories, she never forgot how much we loved her.

How much we love her. Thanks, Ms. Mac, for being you.