The movement for local has gone international, and two of its ambassadors are among the speakers at this year’s Community Solutions conference, the nonprofit’s 64th.

Author and filmmaker Helena Norberg-Hodge and economist Michael Shuman will share ways communities can become more self-reliant and invest in themselves while connecting to a global grassroots movement for localization, they said in interviews this week.

Across the planet, communities are challenging the power of corporate globalization and offering an alternative vision based upon new ideas as much as old wisdom, Norberg-Hodge said. That vision — and this year’s conference theme — is the “economics of happiness,” which is also the title of a 2011 film by Norberg-Hodge.

Rather than an economy dominated by “a few interlinked global monopolies” that enrich a few at the expense of billions of people and nature, an economics of happiness, by contrast, “connects us to who we are,” Norberg-Hodge said.

“It’s the economy that helps us build long-lasting relationships to each other and the land on which we live,” she said. “And we are seeing that all around the world, it’s something people long for.”

The two-day conference kicks off at 8:30 a.m. Friday, Oct. 20, with a series of pre-conference workshops that are free and open to the public, continues with an afternoon panel and workshops and ends the day with a keynote talk by Norberg-Hodge at 7:30 p.m. Friday evening. There are talks, panels and breakout sessions all day on Saturday, Oct. 21, with a concluding with a keynote at 7 p.m. by Charles Eisenstein, author of “Sacred Economics” and “The More Beautiful World Our Hearts Know Is Possible.” Registration fees run from $50 to $250 with scholarships available and most sessions will be at Antioch University Midwest, 900 Dayton St. 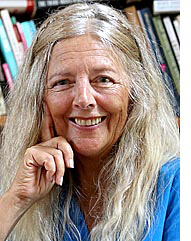 “The conference is for people who are looking for hopeful ideas, people who would like to share their own experiences and who are developing a different narrative,” Jennings said.

This year’s event is co-sponsored with Norberg-Hodge’s U.K.-based organization Local Futures and is the 11th in a series of “economics of happiness” conferences since 2012 that the group has organized internationally from Berkeley to Bangalore.

Jennings believes the theme will help draw attention to the fact that there is more to economic decision-making than pricing.

“The more aware we are of the impact of our economic relationships with each other and the earth, the more we can make choices about what we value,” Jennings said.

Jennings explained that localization means both “tracking back from globalization” to fulfill local needs that were once met with local resources and giving citizens more say over their future.

“We have ceded a lot of our conversation around ethics and governance to larger and larger entities,” Jennings said. “But the people best able to make decisions that affect communities are the people in those communities.”

In contrast to an economics of happiness, Shuman sees the current system as an “economics of misery,” he said in a phone interview from Washington, D.C.

“Many people all over the planet are coming to very similar realizations about our economy” — an economy that is at the root of inequality and climate change, Shuman said. Shuman, author of the recent books “Local Economy Solution” and “Local Dollars, Local Sense: How to Move Your Money from Wall Street to Main Street and Achieve Real Prosperity,” envisions an economy of small, local businesses, which he says have been proven to reduce inequality and multiply the wealth of a community.

“The communities with the highest density of local businesses have the highest per capita income growth rate,” Shuman said, citing recent research. 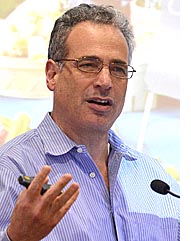 Since Shuman last spoke in Yellow Springs at a Going Local workshop in 2009, his message has increasingly focused on local investment, he said. He recently co-founded the National Coalition on Community Capital, and has worked to change state and federal law to allow for community crowd-funding. His latest book will cover how people can direct money in their IRAs and 401Ks to local businesses, and his Saturday conference talk and workshop will focus on “the nitty-gritty of doing local investment and how people can start moving their money” he said. While many people are sourcing their food and energy more locally, their investment dollars are still funding big business, he said.

Norberg-Hodge, who is also this year’s Arthur Morgan Award recipient, will speak on a 1 p.m. Friday panel on “Globalization vs. Localization” and on Friday evening on “Shifting from Corporate Rule to Genuine Sustainability and Democracy.” A longtime decentralization activist who runs International Alliance for Localization, Norberg-Hodge wrote the influential 1991 book “Ancient Futures,”  which documented the psychological and cultural effects of the arrival of Western corporate globalization on traditional communities in the Ladakh region of the Tibetan plateau.

In a phone call from her home in Devon, U.K., she described the present economic system as one that has created an “unfair playing field” because larger corporations are heavily subsidized and deregulated, hampering the ability of small and local businesses to compete. However, even knowing how powerful and rigged the economic system supported by most national governments is, Norberg-Hodge remains hopeful that it can be turned around.

“It may look like it’s evolutionary or natural but it’s a man-made path, and it only gains its power from our ignorance,” she said.

Citing the progress made through efforts such as community-supported agriculture, nature-oriented schooling and horticultural projects for prisoners, Norberg-Hodge said there is huge potential, but that localization activists need to unite globally and “speak with a collective voice.”

“We need to the change the ‘I’ to a ‘we,’” Norberg-Hodge said. “Don’t just imagine a local project, imagine linking hands and voices across the globe.” 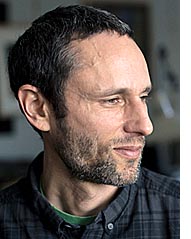 Speakers were chosen because of their participation in practical on-the-ground efforts as well as their philosophical understanding of the economic crisis, Jennings said. She looks forward to the sharing of models that are “relevant and replicable” for Yellow Springs and anticipates that a highlight of the conference will be the Saturday night keynote by Eisenstein, which is to be followed by a performance by the World House Choir. That event will be at the Antioch College Foundry Theater.

“In our new political era, a lot of people are finding their leadership legs — governors, football players — we all know that we can’t wait for someone else to step up.”

Visit http://www.communitysolution.org for a full conference schedule and to register, or call 937-767-2161 for more information.