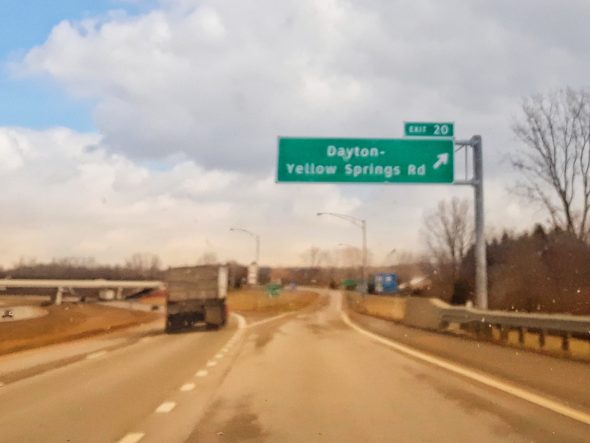 Construction on I–675 ramp expected this summer

The commute of some villagers may be affected by construction slated for this summer and fall at the intersection of Dayton–Yellow Springs Road and Interstate 675.

The construction is aimed at improving the traffic flows around the exits and facilitating safer routes for pedestrians and bicyclists, according to a project information sheet from the City of Fairborn.

The work includes “a new right turn lane on the southbound exit ramp across from Fairborn High School, an additional right turn lane on the northbound exit ramp, a new raised sidewalk over I–675 from the high school driveway to the bridge over Beaver Creek, a new decorative fence on the north side of the bridge, improvements to signal infrastructure and timing, and improved signage,” the document reported.

Constructed is planned to begin in May and finish in November, during which time lane restrictions are likely but no full road or ramp closures are expected, according to the City of Fairborn.

The city cited “poor safety and congestion problems” in the vicinity of the intersection as the reason for the $1.2 million upgrade, funded mainly by the Ohio Department of Transportation and the Ohio Public Works Commission. They found that 92 crashes occurred in the area from 2011–2013 and that traffic movements received an “F” for delays and congestion.

Nearly 77 percent of 1,730 villagers over age 16 who work commute out of Yellow Springs to do so, according to the 2016 American Community Survey. Villagers average a commute of 21.7 minutes and in 2014 commuted most commonly to Dayton, Fairborn, Springfield, Xenia and Columbus.

To read prior News coverage of the issue of commuting, see Fewer local jobs, more commuting.