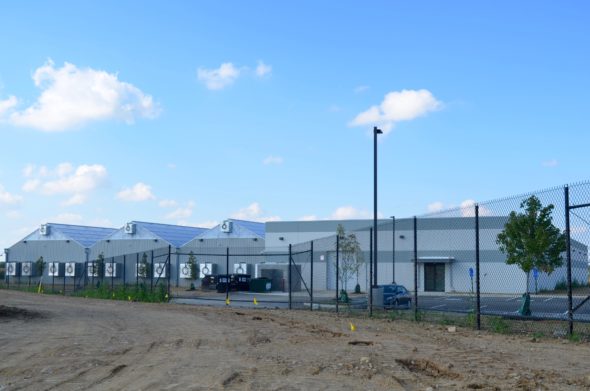 Cresco Labs announced on Friday, Sept. 14, that its Yellow Springs marijuana cultivation facility had received a certificate of operation from the Ohio Department of Commerce.

Cresco is now cleared to plant and grow medical marijuana, which will be sold in dispensaries across the state to provide relief for physician-certified patients, according to a press release. The company plans to plant more than 30 unique strains of cannabis plants.

Previously, Cresco was awarded a level one provisional cultivation license by the Ohio Department of Commerce, one of 12 such large-scale licenses in the state, and started construction on its 50,000-square-foot facility at the edge of Yellow Springs last December.

“We’ve made a great deal of progress and are one step closer to providing relief to patients throughout Ohio,” Bachtell said in a statement today.

“We appreciate the state’s diligence throughout this process, as well as the community’s support,” he added. “Cresco Labs intends to set the standard for this industry in Ohio as we bring our company’s national reputation and complete product line to market.”

According to the company, Cresco will produce “a full suite of products including flower, edibles, vape pens/cartridges and multiple forms of medication delivery including oral sprays, pills, and transdermal patches.”

To purchase cannabis products, patients need a recommendation from a certified physician to apply for their medical marijuana patient card from the Ohio Board of Pharmacy, which they can take to a dispensary to purchase cannabis products. To see a list of Ohio physicians with a certificate to recommend, click here. The list of 21 approved conditions is available here.

Cresco Labs’ Yellow Springs facility utilizes a hybrid greenhouse “designed to maximize the cultivation power of the sun and reduce the carbon footprint that typically results from sole indoor agriculture,” according to the release. The facility will get 85 percent of its energy from renewable sources, the company notes.

Cresco Labs of Chicago operates in six states with a core value of “educating consumers while trying to eliminate the stigma associated with marijuana,” according to its release.

For previous coverage from the Yellow Springs News, including more information from two physicians who live in the village and will be recommending marijuana to eligible patients from their offices, visit: https://ysnews.com/news/2018/05/cresco-labs-facility-taking-shape

The Senior Center announced on Oct. 16 that it would halt its reopening, planned for Monday, Oct. 19, due to the elevation of Greene County to level 3, or “red,” by the Ohio Public Health Advisory System.