At its April 1 regular meeting, Village Council released the names of the four finalists for the Village manager position. They are Pete Bales of Beavercreek; Elke Doom of Valdez, Alaska, Allyson Murray of Fostoria, and Josue Salmeron of Washington, D.C. 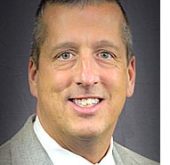 Pete Bales is the assistant manager of the City of Fairborn, a position he has held since 2015. He was also briefly Fairborn’s interim manager and has been involved in economic development efforts in downtown Fairborn. Bales previously headed the public works and parks and recreation departments in Fairborn. He is a credentialed manager through the International City Managers Association and a credentialed parks and recreation professional and a lifelong resident of Greene County. 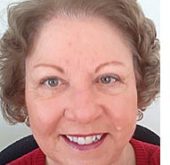 Elke Doom has been the city manager for Valdez, Alaska, since 2017. Prior to that she was the city manager of Oxford, N.C. and Princeton, W. Va. and the township supervisor of Huron Charter Township in New Boston, Mich. A Michigan native, Doom has a public manager certification and graduated from a senior executives in state and local government program at the Kennedy School of Government at Harvard University. She received her certified public manager designation in 2012. 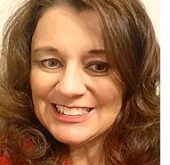 Allyson Murray is the utility billing supervisor for the City of Westerville, a position she started last fall. For four years prior, she was the village administrator of North Baltimore in Wood County. Before that she was the safety service director for the City of Fostoria and worked for 17 years as the training director at the Honeywell corporation’s Fostoria site. Raised in Findlay, Murray has bachelor’s and master’s degrees and obtained a local project administrator certification through the Ohio Department of Transportation. 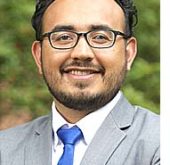 Josue Salmeron has been a managing director of community impact strategies for an affordable housing organization, Community Preservation and Development Corporation, of Silver Spring, Md., since 2017. A 2006 Antioch College graduate and former Miami Township Fire-Rescue volunteer, he has an MBA from Virginia Polytechnic Institute and is a board member of the DC Federal Credit Union. He previously worked at Collaborative Solutions for Communities and at the Executive Office of the Mayor’s Office on Latino Affairs, both in Washington, D.C.

The candidates will visit the village from April 9–11, with a public forum on Wednesday, April 10, from 6:30–8:30 p.m. in the Bryan Center gym. Childcare for those six and older will be available, and the forum will be broadcast on Channel 5. In addition, an informal coffee hour will be on Thursday, April 11, from 8 to 9:45 a.m. at the Yellow Springs Senior Center.

The new manager will replace current manager Patti Bates, who is retiring in July after five years with the village. Council hopes to decide on the new manager in an executive session on April 15, but will publicly announce the hire at a later date, after the person has accepted the position.

The four finalists were selected by Village Council in an executive session on March 22. Council has been working with a citizen committee to narrow down the candidates after an initial 62 applied for the position.

Full biographies of the candidates and their responses to a series of questions will appear in the April 4 issue of the News.