Laura Curliss and Jim Johnson are hoping to be elected to their first terms on Village Council.

In recent interviews with the News, the two challengers shared their personal stories and political aspirations.

Curliss, a 57-year-old local attorney and former Village manager, sees room for improvement in Council budgeting and planning, and wants to prioritize affordability.

“A vote for me is a vote for person who wants high quality services in as cost effective a way as possible,” she said.

Johnson, a 59-year-old higher education fundraiser who grew up in the village, would like to collaborate more with area colleges — especially Antioch — and restore economic vitality to town.

“We’re exporting labor and importing labor,” he said. “That has basically flipped since when I grew up.”

This week, the News profiles the challengers; next week an article will cover incumbents Lisa Kreeger and Marianne MacQueen. 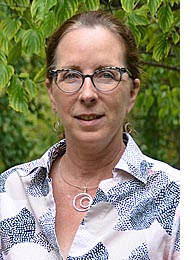 Affordability is at the heart of Laura Curliss’ platform for Village Council. She envisions a more efficient way of running local government — with benefits accruing to taxpayers and utility customers.

“We spend too much money on too many studies, taxes are too high, and we’re wasteful,” Curliss said.

Specifically, Curliss believes Council can help control municipal costs by playing a larger — and ongoing — role in department budgeting. That requires a reorganization in how Council operates.

“I call it management by meeting, and it works pretty well,” she said.

It would work this way: instead of commissions, Council has committees aligned with municipal departments, which is how state governments are run, Curliss explained. An Energy Commission would be replaced by an Electric System Committee. Public safety, parks and recreation and streets would be other possible committees staffed by Council members and other citizens.

“Council needs to take more of a proper role,” she said. “They should be more involved on a monthly basis in overseeing the budget and implementation of projects.”

For example, the recent controversy over turning Beatty Hughes Park into a municipal parking lot highlighted the need for a committee structure, Curliss said. The idea should have first been discussed in a parks and recreation committee, where it likely would have died.

“Beatty Hughes should never have gotten to the floor of Council,” Curliss said.

Also in service of affordability, Council should stay open to alternatives, such as sharing municipal services, Curliss believes.

While Village manger, Curliss promoted a plan to purchase water from Springfield rather than build a new, or rehab the existing, local water plant. At the time, the estimated cost to build a service line to Springfield was $1.8 million, while the local water plant Council decided to build cost $7.2 million in the end.

“It’s no mystery why we have high utility costs,” Curliss said of that decision. “This is why small communities share services where we can.”

Curliss came to Yellow Springs from Wilmington in 2011 when she was tapped to be interim Village manger. She was hired as the permanent Village manager in 2012, but resigned the following year in a settlement agreement with the Village.

More recently, Curliss served on the Yellow Springs Active Transportation Plan Committee and the Porchfest Committee and has been a member of the World House Choir and the Ukulele Club.

A practicing attorney, Curliss has done pro bono work for several high-profile local cases, including that of the villager charged with a felony following the 2017 New Year’s Eve ball drop.

Born in Clinton County, Curliss grew up in Blanchester. She received her bachelor’s and law degrees from the University of Notre Dame, and a master’s of divinity from the Yale Divinity School.

This will be Curliss’ second time seeking local elected office; she ran for mayor in the fall of 2017, but was not elected.

Curliss has also clerked for a federal judge in the U.S. Sixth Circuit Court of Appeals, worked in the Clinton County Prosecutor’s Office and was the city administrator for the mayor of Wilmington.

Economic development would be another priority for Curliss, who gained experience in the field while working for the Wilmington mayor. For instance, a program that provided matching grants for infrastructure improvement in that community could be a model for rehabbing Yellow Springs’ own downtown business district.

If elected, Curliss would help find creative solutions to keep villager’s tax burden the same while maintaining its buildings and other infrastructure, she said.

“Overall affordability continues to be the No. 1 problem here.” 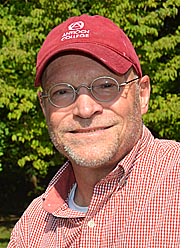 James “Jim” Johnson has long had aspirations to run for public office. His dreams were cemented at age 8, when local Congressman Bud Brown gave his family a tour of the U.S. Capitol.

After graduating from Yellow Springs High School in 1978, he attended Miami University and majored in political science. While at Miami, Johnson interned for Brown, and worked on his campaign during the Republican’s unsuccessful bid for Ohio governor. He also served as Mike DeWine’s district representative in Springfield.

Johnson then entered law school — like many aspiring politicians, he said. But his time at Case Western Reserve University, in Cleveland, changed him. Johnson realized he could “live an open and honest life as a gay man,” he said. At the same time, during the height of the AIDS crisis in the 1980s, he discovered the “hypocrisy of the Republican Party.”

“I came out of the closet, and gave up my dream of going into public office,” he said.

Instead, after obtaining his law degree Johnson went into higher education administration, starting out in the development office at Case Western. He also worked at The Ohio State University, American University and the University of British Columbia.

“I was an administrator who knew how to fundraise,” Johnson said of the skills he developed across academic affairs.

Johnson returned to the village in 2012 to care for his aging parents, the longtime local pharmacy owners Carl and Sue Johnson. He also worked for a year-and-a-half as a major gift officer at Antioch College.

“I worked with people who could write checks of $50,000 to a couple million dollars,” he said of the work, which he described as about “building relationships.”

Those skills served Johnson well as the finance chair for Democrat Kim McCarthy’s unsuccessful campaign for state representative in 2018. They would also translate well into public office, he believes.

“My writing and negotiating skills come from my training as a major gift officer,” he said.

Johnson won his first public office in 2016, when he ran unopposed for Republican Party precinct captain in order to oppose the candidacy of Donald Trump. And in 2018, he officially joined the Democratic Party.

“I can’t look back,” Johnson said of that decision.

Now, semi-retired, Johnson’s desire to serve his community ultimately led him to throw his hat in the ring.

“I love this village,” he said. “I’m amazed how self-contained we are — we have everything we need here. And we have this because of how we’ve planned it.”

He cited town founder William Mills’ initial plan for Yellow Springs, which included the downtown and areas of public land, and the subsequent public servants who have maintained the village’s character.

“I’ve benefitted from that good planning, and now I have the time and interest to help,” he said.

Johnson didn’t initially plan on running; he decided to only after he learned from his friend, Don Hollister, that no one had yet petitioned to run a few days ahead of the deadline. But he’s glad there will be a contested race, he said.

“We need a competitive race for there to be a constructive dialogue,” he said.

Johnson said he is still developing his platform, but mentioned the need to improve the economy and develop a stronger relationship with area colleges, including Antioch.

“Our past has been tied to the college and our future can be too.”

Johnson lives in town with his partner, Gary, is an avid tennis player and is a member of the board of Yellow Springs Kids Playhouse.

Next week the News will profile Kreeger and MacQueen, the incumbents running for re-election to Council.