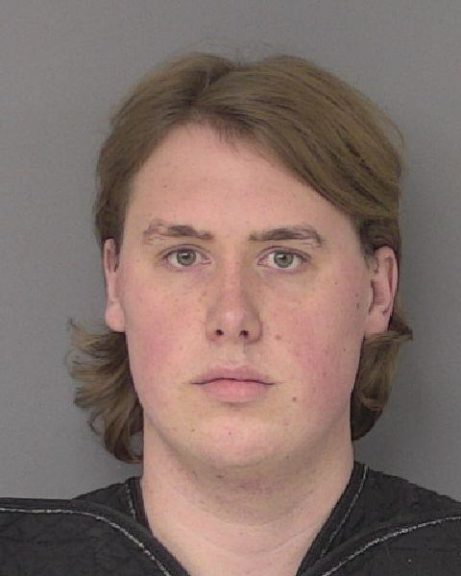 Greene County Sheriff's deputies on Friday, Nov. 8, arrested Yellow Springs native Zyrian Atha-Arnett, 26, on a charge of murder and another of felonious assault.

More details on suspect charged with murder in Clark case

A 26-year-old Greene County resident with family ties to Yellow Springs and who attended Yellow Springs Schools was arrested Friday, Nov. 8, on charges of murder and felonious assault in connection with the death of local resident Leonid “Lonya” Clark earlier this year.

Zyrian Atha-Arnett, who lives on Hunter Road in Enon, was arrested by Greene County Sheriff’s deputies and booked into the county jail after a nearly seven-month homicide investigation.

Bail was set at $750,000, and Atha-Arnett remains in the Greene County Jail waiting for a grand jury to hear his case. If the grand jury indicts, he then will be arraigned before a judge, at which time he will be asked to enter a plea.

Murder is a first-degree felony, and felonious assault is a second-degree felony. If found guilty, Atha-Arnett faces a sentence of 15 years to life for the murder charge alone.

On Tuesday, Sheriff’s Capt. Sean Magateaux declined to say whether authorities were considering additional arrests, though he said he felt confident in their case against Atha-Arnett.

According to documents filed Friday with the Xenia Municipal Court, law enforcement authorities, including investigators with the Greene County Sheriff’s Office and the state’s Bureau of Crime Investigation, or BCI, have been gathering evidence against Atha-Arnett for months.

Atha-Arnett’s Enon address was the target of a search by Greene County Sheriff and BCI investigators Sept. 20.

According to the newly filed court documents, his name first came up as a long-time friend of Clark’s early in the investigation into the well-known local man’s death.

Clark’s death was ruled a homicide after his body was found April 12 by mushroom hunters in Glen Helen Nature Preserve. The discovery, along the Little Miami River near the Grinnell Road bridge, came nearly three months after Clark was reportedly last seen Jan. 13.

Wounds to the body, which was fully clothed, led the sheriff’s office to consider the death a homicide.

According to the newly filed court documents, those wounds, previously undisclosed, were caused by “sharp force trauma.”

Citing the preliminary autopsy report, the county’s arrest complaint against Atha-Arnett states that Clark suffered multiple stab wounds, delivered from above, to his head and neck as well as his hands.

When he was first reported missing, Clark was described as 5’6” and weighing 120 pounds. Jail records list Atha-Arnett as 6’3” and 266 pounds.

Investigators used phone calls and text records as well as phone location technology in pursuing the case, according to the court documents.

The court documents cite interviews with the suspect’s acquaintances, co-workers and family members.

In the course of the investigation, multiple sources reported that Atha-Arnett sustained a serious cut to one of his hands on Jan. 13 and sought medical care for the injury three days later. His explanation for the cut reportedly changed several times.

Phone records for Atha-Arnett detailed in the court records also showed calls and texts with Clark that indicated plans to meet Jan. 13. While a total of 49 calls and texts between the two were logged from Dec. 24, 2018, through Jan. 13, all communication between them ceased after the 13th.

Also according to the investigators’ documents, phone location technology indicated that Atha-Arnett stopped on the evening of Jan. 13 for more than a 90 minutes near the spot where Clark’s body was later found, and that he returned to the location 37 times between Jan. 14 and April 30.

According to Clark’s father, local resident Eric Clark, his son and Atha-Arnett had been friends since childhood, though their relationship had at times been fractious. Still, the younger Clark, who had mental health issues and lived essentially homeless since high school, stayed with Atha-Arnett for a brief time at his Enon address, according to Eric Clark.

Eric said he can’t imagine the motivation that led to his son’s death, but he can’t stop envisioning the final moments of his life.

“Ever since the day we found out how he was killed … I can hear his voice in my head,” Clark said this week. “It’s with me every day.”

Atha-Arnett, who attended Yellow Springs Schools, was in the same grade as Clark, who graduated in 2011. However, school district records show that Atha-Arnett withdrew after two years at the high school before the start of the 2009–10 school year, according to a district spokeswoman. As a boy, Atha-Arnett was active in the local Cub Scouts troop and attended the Yellow Springs Unitarian Universalist fellowship with his father, Stacy Arnett.

Stacy Arnett, who according to Eric Clark lived with Zyrian in Enon for the past several years, was a long-time business owner and manager in town. Atha-Arnett’s uncle, Tony Arnett, held seats on the Yellow Springs School Board and Village Council before moving to Wisconsin over a decade ago.

Area court records show Atha-Arnett having one prior criminal offense, which occurred earlier this year in Clark County. Arrested May 4 on a charge of carrying a concealed weapon, a fourth-degree felony, Atha-Arnett pleaded guilty in July and was sentenced to three years community control and three days jail time, with credit for the three days served immediately after his arrest.

Yellow Springs Police Chief Brian Carlson said this week that Atha-Arnett had no history with local authorities. He declined to say whether Atha-Arnett’s name had come up during Clark’s original missing person investigation, which Carlson said remained open during the homicide inquiry.

While the local police had been in charge of the initial missing person’s case, the Greene County Sheriff’s office took over all investigation areas after the case was ruled a homicide, Carlson said.

“A lot of departments put a lot of time into this difficult, challenging case,” Carlson said.

“He [Lonya] was a good kid who wouldn’t have hurt anyone,” the chief added, “so [his violent death affected] the community deeply.”

Carlson also said he hoped that the arrest will bring some closure for Clark’s loved ones.

But Eric Clark wonders if closure will ever be possible.

“It just seems like every time one question is answered, it leads to more questions,” he said Monday.

He also dreads the emotional toll of a trial, and doesn’t think a conviction will bring real peace.

No matter the outcome, nothing will bring Lonya back, he said.