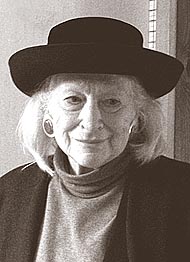 Laurel Diltz Campbell Dankert Herminghausen passed away at 4:45 on Nov. 21, 2019, in her home, surrounded by the family for whom she felt immense love, and with her beloved daughter lying next to her.

She was born in Springfield, Ohio, to parents Stanley Raymond and Laura Opal (Stoll) Diltz on the 28th of September, 1922. She was joined by three sisters, Jacqueline Rosalie, Lorna Opal and Cecily Claire. Laurel graduated from Springfield High School in 1940. She attended Cedarville College and went on to Wittenberg College for graduate studies.

In 1943, Laurel married R. Henry “Hank” Campbell and they welcomed two “perfect” children, Brian Scott and Jan Leslie. In 1983, she married Commander Herbert Dankert. In July 1987, her 40-year-old son died, then four months later, her husband was taken from her. In 1998, Laurel married Warren Herminghausen. After he died, she moved in with her daughter and son-in-law.

All her life, Laurel wanted to know about everything. Her curiosity knew no bounds. Her personality was such that everyone who ever encountered her knew they were in the presence of someone extraordinary.

Laurel was preceded in death by her parents; her sister, Lorna Byrum; and by her son, Brian. Survivors include her daughter, Jan (Phil Robinette) Campbell; daughter-in-law, Stefi (Brian) Campbell; granddaughters, Erin (Ben) and Katie; great granddaughter, Dorian Campbell; sisters, Jackie Dunn and Cecily (Joe) Morrow; the Dankert and Herminghausen families; and many loved nieces and nephews.

A remembrance gathering will be held on Jan. 18 at the Miami Valley Unitarian Fellowship building at 8690 Yankee St., Washington Township/Centerville, from 1:30 until 4:30 p.m. Light refreshments will be offered after the program. In lieu of flowers, donations may be made to Tenth Life Cat Rescue Dayton or National Resources Defense Council.

One Response to “Laurel Herminghausen”