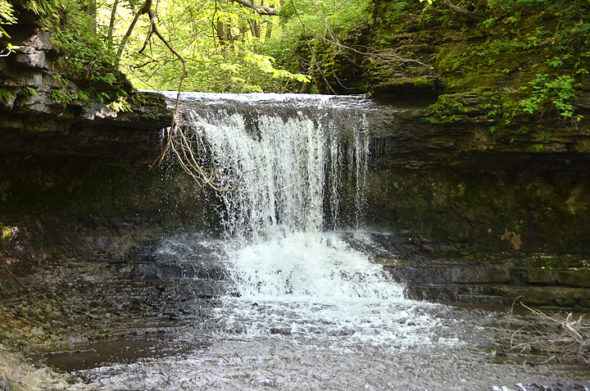 An agreement to sell Glen Helen is in place.

Antioch College and the Glen Helen Association announced on Wednesday that they have finalized an “agreement in principle” to transfer Glen Helen Nature Preserve from the college to the GHA, a separate nonprofit that has worked for more than 50 years to benefit the Glen.

The purchase price is approximately $2.5 million, payable to Antioch over a 10-year period “as partial reimbursement for decades of investment in the Glen,” according to a joint press release on the transfer.

The sale is expected to be finalized later this summer. The GHA will create and announce a plan for reopening the Glen, which has been closed to the public since March 26 due to COVID-19.

The transfer of the 1,000-acre preserve follows a year of quiet discussions between Antioch and the GHA regarding future ownership and operation of the Glen, the college has stated previously. Financial pressures at the college, intensified by COVID-19, have meant that Antioch can “no longer shoulder the burden of the programs and management of a quasi-public park,” college leaders explained in a recent statement on the Glen.

A campus and community resource and tourist destination, Glen Helen now draws more than 100,000 visitors annually from southwest Ohio and beyond, the press release notes.

The sale was hailed by Antioch and the GHA as a positive for both parties and the local community.

“The transfer of the Glen to community hands makes perfect sense for the College, for the GHA and for the community at-large,” Antioch College President Tom Manley said in a press release statement. “The Glen will now be stewarded by an organization whose sole mission is to protect it and make it available to the public,” he added.

“The people of the Miami Valley have really come to feel that the Glen belongs to the community, and now, with support from the community, this will become a reality,” GHA Board President Bethany Gray stated.

Antioch and the GHA will continue to work together closely to make the Glen available to college students and faculty, as well as the general public.

“The Glen will remain an important part of the Antioch experience for our students, offering invaluable space for recreation, research and reflection, at our doorstep,” Manley affirmed in the release.

Antioch College has owned and stewarded Glen Helen since 1929, when college alum Hugh Taylor Birch donated the land to the college in memory of his daughter, Helen Birch Bartlett. The land was intended as green space, but in recent years a lack of robust legal protections led stakeholders from Antioch, Glen Helen and the Tecumseh Land Trust to work together to permanently preserve the Glen. A nine-year effort culminated in 2015 with conservation easements that protect the Glen in perpetuity. Proceeds for the easements were placed in an endowment at The Dayton Foundation to provide for ongoing stewardship.

“The College has taken numerous steps to expand and protect the Glen, culminating in the conservation easements, which ensure that the land can never be developed,” Manley stated. “It is now time to take the next right step in maintaining public accessibility by putting the Glen in community hands.”

GHA President Gray affirmed that the local nonprofit organization that has long donated, advocated and volunteered in support of the Glen is prepared to take over its management.

“The Glen Helen Association is well positioned to take full responsibility for the operations of the Glen,” she said.

In response to the news that Antioch and the GHA were in talks regarding the Glen, a local resident created a “Save the Glen” fund at the Yellow Springs Community Foundation. While the amount raised is not public, the fund has drawn 633 donations from 370 donors from 173 zip codes in the span of a few weeks, according to the GHA.

*This story appears in the June 11 print edition of the News. A more in-depth story on the sale and the GHA’s plans for the Glen will appear in an upcoming issue of the News.

4 Responses to “Antioch to sell Glen Helen to local nonprofit”