UPDATE: Ohio has announced that properly prepared assisted living facilities can begin to allow outdoor visitation on June 8. The lifted restrictions do not apply to nursing homes. Individual facilities will determine how to implement outdoor visitation, following broad state guidelines. 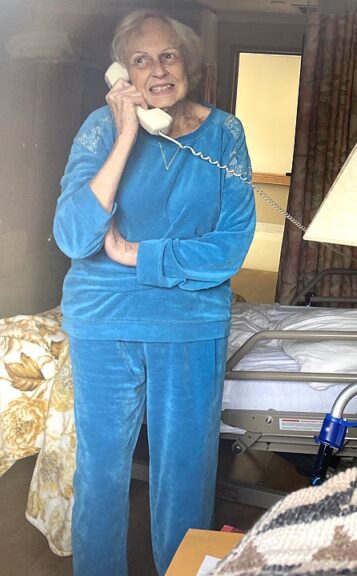 Samantha Eckenrode hasn’t hugged her mom in almost three months. Mother and daughter have talked on the phone and by video, waved to one another and touched heads through a closed window. But no hugs.

“Not being able to physically go in and hug each other — that’s the hardest thing,” Eckenrode said this week.

Her mother, Bambi Williams, who turned 88 last month, is a nursing home resident at Friends Care Community in Yellow Springs. Since mid-March, the local nursing home has had a “no visitors” policy, together with stringent social distancing, staff and resident health monitoring, intensified infection control protocols and other measures aimed at protecting residents from exposure to COVID-19.

Nursing homes across Ohio have adopted similar measures, and all have been operating under visitor restrictions since ordered to do so by the state health department on March 13. It’s been a stressful time for residents, families and staff, but the measures are essential, according to Montgomery.

“We knew we were very vulnerable” when the coronavirus first hit Ohio, he said.

According to the latest state data, which was last updated on May 27, there have been 1,442 deaths in Ohio nursing homes and other long-term care facilities, as well as 5,324 cumulative cases among residents and 2,438 among staff. The total death count includes 369 people who died before April 15.

Ohio has about 115,000 people living in nursing homes or assisted living facilities, which make up the majority of the long-term care facilities in the state. In addition, about 215,000 Ohioans work as staff in these facilities.

Locally, Friends Care Community has not seen any cases of COVID-19. Greene County has recorded four nursing home cases, one a resident and three staff members, according to the tally reported to the state. The area facilities that have reported cases are: Brookdale Fox Run, Harmony Healthcare, Heartland of Beavercreek and Village at the Greene, each with one reported case. There have been no reported deaths in Greene County nursing homes.

The county has 21 long-term care facilities with 1,789 beds and about 1,500 employees, according to Deirdre Owsley, a public health nurse with Greene County Public Health. She is in close communication with facilities across the county, and said she believes they are doing a good job of keeping residents and staff safe.

“Facilities are working really hard at preventing this,” she said. “They have everything in place.”

But there is at least one area where nursing homes have lagged behind some other group settings in the state. While Ohio has done some mass testing in prisons in response to outbreaks in those facilities, it has been slower to initiate similar testing in nursing homes.

In Greene County, for example, all facilities combined have tested up to 50 people, according to Owsley, who coordinates and tracks testing and reports results to the state. Because of limited testing availability, only those residents or staff members with symptoms of the illness are tested. Employees are sent home while waiting for results, and residents and other staff members who may have come into contact with that employee are informed, isolated and monitored, Owsley said. 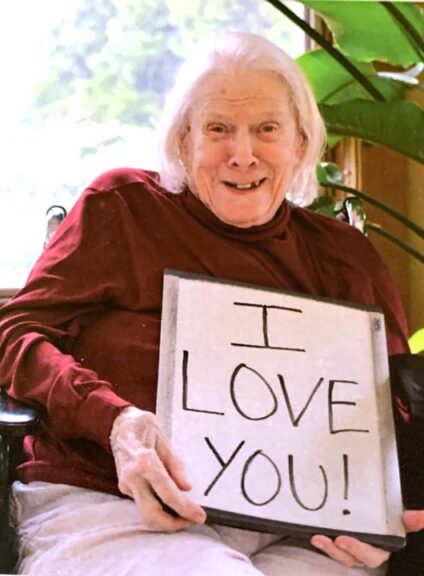 According to Friends Care’s Montgomery, the local nursing home has tested seven people to date, six residents and one staff member. All results have been negative.

“We would love to be testing more people. There just are not that many tests available,” he said.

But that seems set to change. Ohio Gov. Mike DeWine on Tuesday unveiled a plan to ramp up COVID-19 testing in nursing homes across the state. The goal is to test all nursing home staff and test residents based on clinical assessments, he said. The Ohio National Guard will help coordinate the effort, which will focus initially on nursing homes that have seen at least one case.

“To save the most lives, we clearly have to go where people are dying,” DeWine said. “And they’re dying in our nursing homes.”

The state has 960 nursing homes, and 200 have seen COVID-19 cases, according to DeWine. The mass testing effort will be undertaken statewide using up to 14 teams, called Congregate Care United Response Teams, consisting of clinicians, National Guard members and others.

How the process will work is still being determined, according to Greene County’s Owsley, who said on Wednesday she had received a copy of the state order regarding mass testing in nursing homes and an email that indicated details would follow.

“It’s all a learning curve,” she said.

DeWine said at an earlier briefing that mass testing in that timeframe was “unlikely” in Ohio. Testing in general lags the state’s own goals, with just 8,000 to 9,000 Ohioans currently being tested each day, versus the 22,000 per day testing target the state previously set for late May.

Reached for comment on Wednesday, Montgomery said he was encouraged by the recent testing announcement, but still had questions.

“What would the cost be? Who’s going to do the tests? How often would we test — one time or weekly? Where would tests be set up? Nursing homes have a lot of questions,” he said.

According to Montgomery, Friends Care has been luckier than many nursing homes. With no cases, strong community support and dedicated staff, the Yellow Springs facility — home to about 80 residents in its nursing home and assisted living areas — has weathered the pandemic pretty well so far, he said.

Friends Care closely monitors its supply of personal protective equipment, or PPE, and currently has a “good stockpile” of masks, gowns, gloves and goggles. Last week, the facility got its first shipment of 500 masks from the federal government. Staff wear cloth masks during their shifts, including ones donated by the local community.

Finances at the local facility remain solid, despite some revenue loss to its rehabilitation unit due to the state’s order postponing elective surgeries. And Friends Care has retained all its staff, whereas some nursing homes have lost staff to the stress and fear around the pandemic. Friends Care currently employs about 90 people.

“I can’t say enough about how fantastic our staff is,” Montgomery said.

Yet staff can’t — entirely — take the place of families and friends who can no longer come visit under the state restrictions, nor make up for lost camaraderie among residents who are separated in new ways because of social distancing.

Retired local physician Carl Hyde, 92, has lived in the assisted nursing facility at Friends Care for five years. He moved to Friends Care for the “sociability,” he said. Yet that’s precisely the element that has been lost during the pandemic, with events canceled and cherished activities and mealtimes altered by social distancing, making conversation difficult.

One element of life that remains the same, yet different, is his participation in weekly Quaker meetings. Rather than attend Rockford Chapel on Sunday mornings, Hyde is visited by two or three Quaker meeting members, who sit outside his window for silent worship.

“Window visits” have become a staple of many residents’ lives. Eckenrode said she frequently visits her mom that way, sometimes with other family members as well the family dog. She smiles, waves, holds up messages and signs and throws out hugs and kisses. Her mother understands that the new ways of being not-quite together are due to the pandemic, something staff and Eckenrode remind her about regularly.

Window visits are also part of another villager’s new routine with her mother. Jenny Cowperthwaite Ruka’s 95-year-old mom, Ruth, has been at Friends Care for five years, and during the past months, Cowperthwaite Ruka has come to her window dozens of times. Yet because Ruth is living with dementia, she is often confused about why her daughter is standing outside — rather than coming in as usual.

“She’s always trying to wave me in,” Cowperthwaite Ruka explained. “It hurts to have to say ‘no.’”

Like Eckenrode, with whom she has shared stories and tears, Cowperthwaite Ruka deeply misses the intimacy of being in her mother’s physical presence. She previously visited Ruth at bedtime, and her mom would often try to give her the bed.

“I miss just being with her,” Cowperthwaite Ruka said.

How long nursing homes will remain closed to visitors is hard to say. Asked by a reporter on Tuesday whether he had a date in mind for lifting visitor restrictions, DeWine said he did not. He and Ohio Health Director Dr. Amy Acton acknowledged that the ban on visitors has been one of the hardest aspects of the pandemic for many Ohioans.

“We know how difficult it is,” DeWine said.

It also remains unclear exactly what criteria nursing homes would have to meet in order to relax visitor restrictions. Montgomery shared with the News a May 18 memo from the Department of Health and Human Services, a federal agency, that recommends criteria including case status in the community, case status in the nursing home, adequate staffing, access to adequate testing, access to adequate PPE and other factors. Ohio as a whole is a ways from fulfilling those criteria.

While Montgomery wouldn’t speculate publicly about when life in nursing homes would return to normal, he said it was unlikely to be soon.

“We’re going to be one of the very last to reopen in Ohio,” he said.