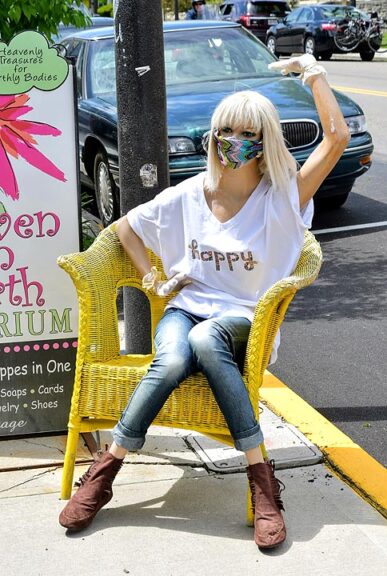 At its June 15 virtual meeting, Village Council passed a resolution asking people to wear a facial covering, socially distance from one another and clean their hands frequently while in downtown Yellow Springs to slow the spread of COVID-19.

Read the resolution in full here.

But the recommendations are not legally binding, and the Village will not enforce a public mask requirement.

Instead, Council President Brian Housh called the measure a “formal statement about our expectations in the village,” that is dependent upon “self-compliance.”

The vote was 4–1, with Council member Laura Curliss voting against the resolution.

The resolution reads, “All persons within the area of the Village zoned Central Business District shall be required to maintain physical distance of at least six feet of separation from non-group members, wear a facial covering provided expressly for that purpose, and regularly sanitize/wash hands.”

The resolution also states that those with a documented medical condition or who are younger than four years old are exempt from wearing a face mask. 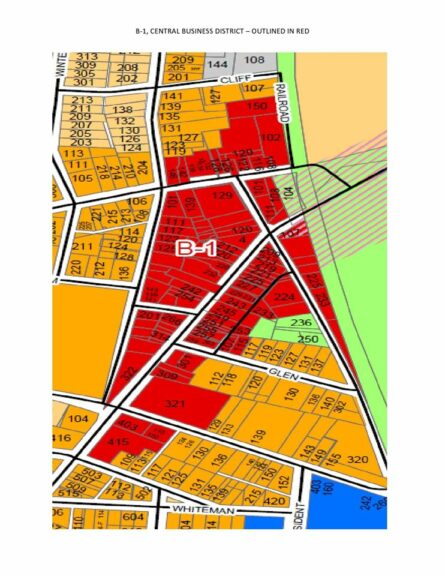 Earlier in the meeting, Council entertained, but did not vote on, a possible ordinance requiring masks, which would have had the force of law. If that measure passed, Yellow Springs would have become the first municipality in the state to make masks mandatory.

Council member Lisa Kreeger, who is a registered nurse, spoke in favor of that stronger measure, saying that Council has “a responsibility to act locally in the interest of the safety of our community” when state and county agencies were not doing enough to protect the village.

“The philosophy of kindness is not working for us,” Kreeger said, referring to a messaging campaign promoting mask-wearing with the phrase “Be Kind.”

“The number of people wearing masks is going down,” she added. “ At this point, we have to have masks available and we have to require masks.”

Kreeger had suggested the facial coverings be mandatory for anyone in the central business district, including on sidewalks. In other areas of town, such as neighborhoods and the bike path, they would not be required.

But other Council members were not sure it would be safe or easy to enforce such an ordinance.

“We would be putting our police officers in close contact with unmasked people,” Curliss said of possible enforcement actions.

Curliss also raised questions about the necessity of the move due to the fact that there has not yet been a spike of cases in Yellow Springs, despite weeks of large crowds downtown.

“I’m grateful we haven’t had the spike,” she said.

Instead of requiring everyone to wear masks, villagers who are vulnerable should stay home, Curliss added.

Housh said Council should not focus solely on masks, but also on the importance of social distancing and hand washing in its messaging.

“We should include the triad,” Housh said. “Distancing is first, facial coverings is second, hand sanitizing/washing is third.”

“If you’re distancing from other people, that’s the most important thing you can be doing,” Housh later said, emphasizing the role of social distancing ahead of masks.

Last week, the U.S. Centers for Disease Control published updated guidance on avoiding infection or spread when going out to shop or run errands. Facial coverings are specifically recommended “in public settings where other social distancing measures are difficult to maintain,” the guidelines state.

“Activities are safer if you can maintain at least 6 feet of space between you and others, because COVID-19 spreads easier between people who are within 6 feet of each other,” the guidelines add.

Council Vice President Marianne MacQueen said she sees those who aren’t wearing masks downtown as “being disrespectful of our village” and believes that more villagers want visitors to wear masks when they come to town.

“Personally, I am very offended by seeing people downtown without masks,” she said.

However, MacQueen said that according to her research, the chance of contracting the disease while outside is low, and that villagers could avoid crowds downtown to stay safe. At the same time, MacQueen said she would be willing to help with enforcement as part of a group of “mask ambassadors” assisting the police.

The CDC’s latest update notes the relative safety of outdoor areas, noting “indoor spaces with less ventilation where it might be harder to keep people apart are more risky than outdoor spaces.”

Council member Kevin Stokes was supportive of the ordinance, but raised a possible exemption for downtown businesses that were explicitly against requiring masks in their business. Stokes reaffirmed his earlier suggestion that Council be more proactive in providing free masks for visitors downtown.

Several citizens spoke about the issue ahead of the vote. Karen Wintrow, executive director of the Yellow Springs Chamber, said that according to a recent survey of downtown merchants, most business owners want to be able to set their own policies about facial coverings in their shops.

“The overwhelming response, nearly 70% of businesses, prefer to make their own policies and enforce those policies for their business,” Wintrow said.

Wintrow said that many downtown businesses, which are struggling due to the recent shutdowns, rely on visitors, about 70% of whom they report are wearing masks in shops.

“I know that you have to listen to the whole community, but I would encourage you to consider the businesses equally,” Wintrow said.

Also speaking was Sarah Sinclair-Amend, who identified herself as a parent of a child with a disability. She urged Council to consider those who are unable to wear masks for a variety of health reasons and the impact a law would have on them and their feelings of safety downtown.

And Lorrie Sparrow-Knapp, who teaches at Yellow Springs High School, pointed out that as cases rise in nearby Clark County, she worries that unmasked visitors could contribute to an outbreak in the village.

“When you come into town, we want you to protect us,” she said of visitors. “I really don’t want our old people to have to stay in their houses,” she added. “I really want to be able to continue to come downtown.”

In addition, Kate Hamilton shared an online petition with Council urging them to pass the ordinance. As of early Sunday, June 21, it has been signed by 350 people, an unknown number of whom are villagers.

Addressing her reason for voting against the final resolution, Curliss said she thought it was “confusing to the public to say masks are required and then to have no law enforcement.”

Other items from Council’s June 15 agenda will be in next week’s News.