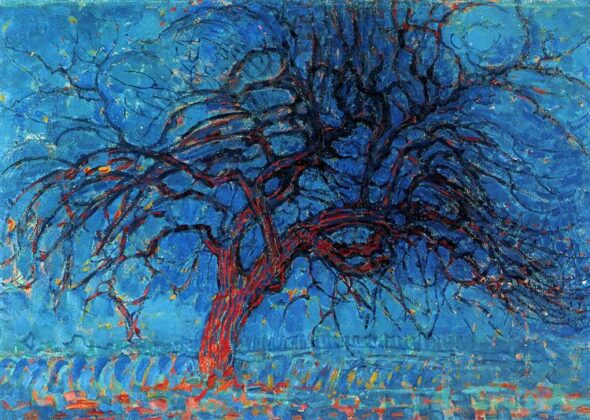 When a tough problem or sorrow arises, I often “take it outside.” Meaning, I bring my heavy heart or tense brain to the trees and grass and birds and sky and see what that world has to say.

To those unfamiliar with this process, the answer might be “nothing.” Certainly, the answers are subtle, and never prescriptive. I’ve yet to hear, “Get more sleep and increase your social interactions,” useful advice I might find in a book or online. The ocean-rush of wind in the trees, the delicate, erratic dance of monarchs and swallowtails — these aren’t really answers. They’re input of another kind.

This month’s poem evokes, for me, such “input.” It’s one of four poems submitted by Ohio poet Kip Knott earlier this year, beautiful poems from which I struggled to pick just one to share.

Kip is a widely published poet, with four chapbooks and one full-length poetry collection — “Tragedy, Ecstasy, Doom, and So On,” published this month and available for purchase online at kipknott.com. Kip lives in Delaware, Ohio, north of Columbus, and reads the Yellow Springs News thanks to his wife, Dana Knott, a writer and librarian who works at Antioch University Midwest. His poems meditate on art, love, grief, longing, loss, experiences in nature and other topics. Some of his work is set in a fictionalized version of his grandfather’s southeastern Ohio farm, a place Kip remembers from childhood. The poem I’ve selected, “Remains,” makes use of this setting.

While burning the remains
of last night’s wind storm, I find
a battered hawk tangled in the branches

of a fallen elm like a tattered kite
blown too close to the ground.
I stare deep into the cornfield

where downbursts trampled a wicked path.
What god could be so cruel? I ask,
contemplating my place in the world.

Slowly, I kneel down and clip off the wings.
A light breeze ruffles the feathers I hold,
lifting my hands slightly from my body.

I love this poem’s succession of images, from the “battered hawk” like a “tattered kite,” to the “wicked path” that the wind has “trampled” in the cornfield, to the speaker kneeling to clip off the bird’s wings, to the final, indelible image of the speaker’s hands lifting from his body.

The images describe, even narrate, the scene, but they do something else, as well. They register the speaker’s changing awareness, and it is this awareness that is the body, and gift, of the poem.

The speaker’s frame of reference is, at first, thoroughly human. He finds a dead hawk in the branches of a fallen tree. It reminds him of a kite — an image that calls up, for me, a strangely sharp sense of loss, associated with a childhood toy that promised transcendence yet so often nose-dived into failure. In the progression of the poem, this memory-trace of loss triggers the adult’s brooding. The storm is malevolent — witness its “wicked path” — and cruel. These thoughts touch off others about personal existence and mortality, “my place in the world.”

Then something happens. Thought gives way to gesture, the startling gesture of clipping off the hawk’s wings. (In the actual incident that was a source for this poem, Kip said he did just that. He clipped off a dead bird’s wings and offered them, mounted, to his grandfather.) Such a gesture could be performed roughly, but the poem envisions the movement as careful, even tender. A breeze participates in this tenderness, ruffling first the feathers and then, in a mysterious fashion, the speaker’s hands. There’s a merging, a unity.

“In my poems set in nature, I want there to be a moment in the poem when nature and the person become one thing,” Kip told me.

Do you feel a calmness at the poem’s close? Something laid to rest by being, perhaps, unbound or set loose? I do. There’s some transfer transacted between the hawk and the speaker, between thought and gesture, between the pains of the human mind and the touch of the simple, suddenly endurable world.

This touch is what the speaker and we are left with. It is what remains.

*This column originally appeared in the July 23 issue of the News. To read other First Lines poetry columns, visit the archive page here.