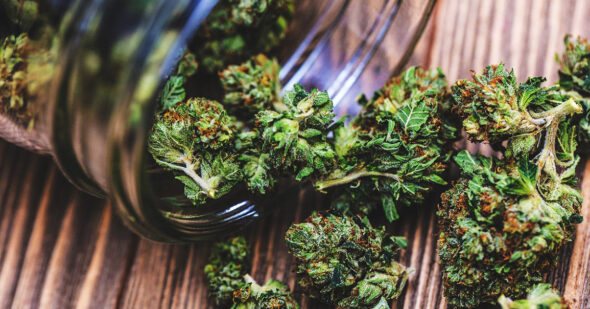 In a unanimous vote, Council passed the second reading of an ordinance reducing the offense level and penalties for those caught possessing or cultivating less than 200 grams of marijuana, which is about seven ounces.

Possessing or cultivating between 100 and 200 grams was be dropped from a fourth-degree misdemeanor — a criminal, jailable offense — to a civil infraction carrying a fine of up to $50.

Possessing or cultivating less than 100 grams was be dropped from a minor misdemeanor to a civil infraction with a fine of up to $25.

At the first reading at Council’s Aug. 17 meeting, Council President  Brian Housh called the step “good movement forward” as part of Council efforts for criminal justice reform, as civil infractions do not become part of a criminal record.

“We think it does contribute to anti-racism and is a way to keep people out of the system,” he said.

At the meeting, Housh didn’t clarify the connection between marijuana leniency and anti-racism. But in a follow-up interview, he noted that, nationally, Black people have been disproportionately cited for drug possession.

Village officials at the meeting added that the YS Police Department’s practice of late has been to give warnings, rather than citations, for marijuana.

“Our police team has done a great job of not focusing on this type of issue, and I think codifying that is really important as well,” Housh added.

In a later interview, YS Police Chief Brian Carlson said the local department has given fewer citations for marijuana possession in recent years in response to Council guidance.

“We are really doing what the village wants,” Carlson said.

Yellow Springs Mayor Pam Conine said at the meeting that the Mayor’s Court, over which she presides, has been working with the YSPD to dismiss or reduce charges related to marijuana possession.

“We have been working in tandem to reduce over the last two to three years any sort of onus for being caught with marijuana anyway,” Conine said.

Council Vice President Marianne MacQueen emphasized that even though charges and fines have been reduced, those caught will not get a “free ride.” As Village officials noted at the meeting, police will also still confiscate and destroy any drugs or paraphernalia, and people could still be charged for operating a vehicle while under the influence of marijuana.

Stokes added that the Village should educate the community about the law so that people “don’t get too free.” Carlson also expressed some concern that the ordinance may attract people here based on the false perception that all drugs are legal in the village. However, he specified that his concern was largely around the use of other drugs, not marijuana.

At the meeting, YSPD Sgt. Naomi Watson shared that the department has long been lenient when it comes to paraphernalia.

“We normally don’t cite anyone for just having a pipe,” Watson said. “It’s a matter of confiscating it and destroying it, especially if it’s just marijuana in it.”

The revised ordinance also states that trafficking less than 200 grams of marijuana would now be a minor misdemeanor, which comes with a fine of up to $150 but does not go on one’s criminal record. That’s down from a fourth-degree misdemeanor, which can carry penalties of up to $250 and up to 30 days in jail.

However, that’s not the case if the drug offense is near a school, involves a juvenile or is committed in conjunction with a felony. In that case, the offense is a more serious third-degree misdemeanor. According to YSPD data, there have been no felony charges for drug trafficking in the village in the last four years.

At the meeting, Village Solicitor Breanne Parcels explained how the village was able to make changes to its drug laws. Under Ohio’s Home Rule, she said, municipalities have the power to reduce misdemeanor-level charges or make them civil infractions. But the Village cannot make a felony a misdemeanor, she said.

According to Ohio law, possessing more than 200 grams of marijuana is a fifth degree felony carrying fines up to $2,500 and a penalty of up to one year of jail time.

“Unfortunately you can’t make a felony a misdemeanor without being in conflict with the general laws,” Parcels said.

In explaining the Village’s rationale for reducing drug possession penalties, Parcels referenced the Ohio Medical Marijuana Control Program. Since medical marijuana was legalized in the state in 2016 and dispensaries opened in 2019, patients with a medical marijuana card can carry up to a 90-day supply of marijuana, an amount which can exceed 200 grams.

“We’re pointing out there is a discrepancy in the logic between Ohio’s medical marijuana laws and the criminal law,” Parcels said.

And although the Village can reduce penalties for marijuana possession, it cannot eliminate them entirely, Parcels added, as fines need to be in place in order to confiscate the marijuana or paraphernalia.

In the Village’s case, the term decriminalization means a reduction in penalties and a shift from criminal to civil law, she said. It’s a step that several other municipalities in the state have taken, including Dayton, Columbus and Portsmouth.

In response to a question from the News, Parcels said that the scent of marijuana can, however, still be the basis for probable cause for a vehicle search or a stop involving a suspected OVI, operating a vehicle while intoxicated.

In addition, Parcels said, local police can cite those found in possession of marjiuana using state statutes. However, Chief Carlson said that would be unlikely, as local policies state a preference for the use of local ordinances for citations, which would send a case to Mayor’s Court, instead of state ordinances, which would send a case to the Greene County courts.

In other Council business at the Aug. 17 meeting:

Council approved the first reading of an ordinance moving the YS Police Department’s part-time social worker position to a full-time position. Known by the title of community outreach specialist, the position is currently filled by village resident Florence Randolph.

“This is something that we have not seen in a lot of police departments, but it’s something that is really making a difference for the few that have done it,” Housh said.

Earlier in the meeting, Council officially formed a new committee to deal with issues related to criminal justice and anti-racism: the Justice System Collaborative Committee. The resolution passed 4–0.

Housh said that the group would “vet recommendations” from citizens and move forward Council proposals to address racism, as well as the demands from Black Lives Matter demonstrators. It would also continue the work of the Justice System Task Force, which met from 2016 to 2018, Council members have said.

“A very important part of being intentional about anti-racism and responding to this public health crisis, is forming a group that can play a collaborative and advisory role,” Housh said.

According to the resolution establishing the group, the committee will research and propose “recommendations to strengthen the Yellow Springs Police Department (YSPD) and the Mayor’s Court,” in addition to vetting suggestions made by outside groups or citizens.

The Justice System Collaborative Committee will also “seek ways to increase public understanding of police department policies and practices, and to strengthen public trust in the Village justice system across race, age and income groups,” according to the resolution.

It will not take the place of a Citizen Review Board, which has been proposed to formally investigate complaints against officers, Council members said.

The committee will be comprised of nine to 17 voting members, including one Council member and one member of Village Mediation.

The committee is not an official commission of Council, and will not be required to follow open meetings laws mandating public notification and access, also known as the Sunshine Laws. In response to a question from the News about that structure, Housh said a more informal “committee” was chosen over a commission because few villagers responded to a call to join a Justice System Commission. He added that the meetings will be publicly announced and the Village will operate as if the committee is an official commission.

“As we’ve said from the beginning, they will be publicly announced meetings open to the public and we welcome everyone to participate,” he said.

Curliss said she wanted the group to move forward, but would have preferred a more formal committee so that it would not be “re-creating process all the time.”

The committee’s first meeting, on Tuesday, Sept. 1, will be covered in an upcoming issue of the News.

Council tabled a vote on taking legal action to defend the Village’s provision to allow noncitizen voting on local matters, which was passed as a change to the municipal charter by voters in the spring primary before being challenged by Ohio Secretary of State Frank LaRose as unconstitutional. In July, LaRose ordered the Greene County Board of Elections to reject any noncitizen voter registrations from Yellow Springs as well as to put measures in place to ensure that only citizens vote in November’s election. Because the voter registration process had yet to be finalized, no local noncitizens had registered to vote.

In a follow-up executive session on Aug. 19, Council decided to wait to consider taking legal action until the Greene County Board of Elections meets on Sept. 16. According to Housh, the county elections board does not necessarily have to follow the advice of the secretary of state. However, Denise Percival, deputy director of the Greene County Board of Elections, confirmed to the News that the county board of elections would comply with LaRose’s July orders.

Housh affirmed that Council is looking for pro bono legal assistance and would not spend taxpayer money to defend the charter provision.

Village Manager Josué Salmerón shared Village plans to spend the approximately $130,000 the Village received from the federal CARES Act, along with an additional $12,000 from the Ohio Office for Criminal Justice Services, for expenses related to COVID-19.

Salmerón detailed the additional expenses the Village has incurred since the start of the pandemic. Personnel expenses totalled more than $100,000, due to the costs of employees working an adjusted schedule during the initial stay-at-home orders. Non-personnel expenses included hand sanitizer stations around town and sanitizer provided to local businesses ($17,000), marketing, digital signs and advertising ($11,000), and providing snack bags for local youth and making upgrades at the local pool ($14,000).

Salmerón said the Village also plans to use the funds to create a “wireless mesh” downtown, which would expand WiFi access, at a cost of $30,000, and to upgrade the Youth Center at the Bryan Center, at a cost of $5,000.

Salmerón announced that Village Finance Director Colleen Harris will be leaving her position with the Village for another job. Her last day in Yellow Springs is Sept. 10. Harris was hired in May 2018, replacing Melissa Dodd.