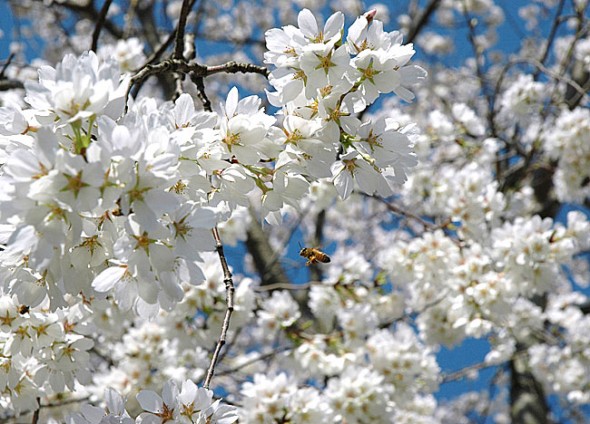 The bees were swarming a flowering tree in front of the Yellow Springs train station Wednesday. (Photo by Megan Bachman)

Early spring heat isn’t unprecedented in the village, according to Felker, who has been keeping daily logs of the natural world for 30 years. Since records began being kept in 1883, local seasonal markers have been this early on average once every six or seven years. For instance, he said, daffodils bloomed in early March in 1983, and the downtown pear trees burst into bloom the first week of March in 1990.

But what’s unusual this year is that the heat is holding on, Felker said. Higher than normal temperatures have held steady for about two weeks, although this weekend promises weather a bit more seasonal.