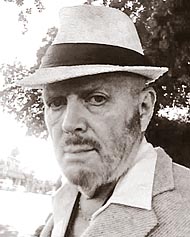 Robert Paul Gabrielsky, known to all as Gabe, died in his adoptive home of Los Angeles, Nov. 19 of 2020. He was 77 years old. Gabe was born March 1, 1943, in Camden, N.J., and grew up in Haddonfield, N.J. He was the only child of Elizabeth Bartholomay and Irving Gabrielsky.

Gabe was a left political activist beginning in the 1960s civil rights movement and the new left anti-war movement. He was active in his trade union and a committed supporter of the labor movement. He was a conscientious objector during the Vietnam War. Gabe was an American labor historian and curated the “Shifting Gears” program in North Adams, Mass., in the early 1990s under the auspices of  the Massachusetts Foundations for Humanities and Public Policy. He identified as a democratic socialist and avidly participated in the political discourse of the left political movement throughout his life.

For many years he was active in the Campaign for Peace and Democracy in New York City and Peace Activists East and West in western Massachusetts. These organizations brought together human rights and peace activists from Eastern Europe, the United States, Latin America and the Middle East in discourse and activism regarding a truly democratic foreign policy. In more recent years he was active in Occupy Wall Street, the Black Lives Matter movement, and was a member of the Democratic Socialists of America Los Angeles.

An optimist, humanitarian and an internationalist, Gabe never lost faith in the ability of ordinary people to act in solidarity for the goals of peace, equality, social justice and environmental sustainability. He believed that peace and human rights were intrinsically linked. He had particular enthusiasm and belief in young people and was a mentor for many young activists.

Gabe also had a long-standing great love for and encyclopedic knowledge of jazz music, the theater and classic American film, which he shared with family and friends. He archived jazz radio host Ralph Berton’s jazz collection at the Institute of Jazz Studies, Rutgers University, after Berton’s death. Gabe was never at a loss for words and conversations with him were always lively with analysis and historical detail.

Gabe was a loving father to his children, Terry and John Hempfling, of Minneapolis, Minn., and Yellow Springs, respectively, and grandfather to Rocket and Imogene Cowperthwaite, also of Yellow Springs. Gabe and the mother of his children, Judith Hempfling, co-parented their children and were close friends for the 40 years they knew one another. Jane McCabe, Gabe’s housemate for the eight years he lived in Los Angeles, was a loving and much appreciated friend. Gabe had many, many friends and extended family across the country and especially in the New York City/ New Jersey area, where he lived much of his life until Hurricane Sandy destroyed his home there in 2012. He then moved to Los Angeles, where he was able to make many new friends and join a new community of friends and activists.

One Response to “Robert Paul Gabrielsky”