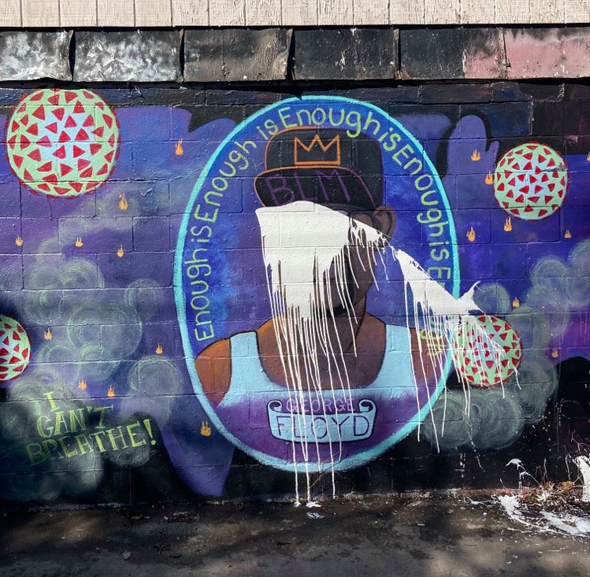 On Monday, March 1, around 11 a.m., the George Floyd mural in Kieth's Alley was discovered to be vandalized by white paint. (Photo by Reilly Dixon)

The George Floyd mural in downtown Yellow Springs was discovered to be defaced on Monday, March 1, around 11 a.m. White paint was apparently flung onto the mural, obscuring Floyd’s face as it appeared on the wall in Kieth’s Alley.

According to Yellow Springs Police Chief Brian Carlson, police are investigating the matter.

Local artist Pierre Nagley completed the mural in June 2020, one month after its subject, Floyd, a 46-year-old Black man, died May 25, 2020, in Minneapolis, MN, after a police officer pressed his knee into his neck for nearly nine minutes.

The mural was completed as a part of the H.U.M.A.N. Mural Project.

A more in-depth report on the vandalized mural can be found in an upcoming issue of the Yellow Springs News.