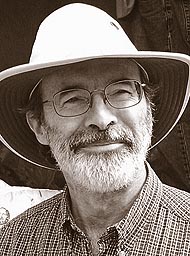 Andrew Donald Jerison, always known as Andy, died on Aug. 29, 2021 from pancreatic cancer. Andy was a long time Yellow Springs area resident who was born in Springfield on April 3, 1955 to Harry Jacob Jerison, a professor at Antioch College, and Irene Landkof Jerison, a writer and Holocaust survivor.

Andy had a remarkable gift for languages and keyboards. He loved good food and could describe many meals he had eaten in the past and knew all the best coffee shops. He could make a computer or piano do anything he wanted it to do. Andy loved travel, music, reading, walks and his friends and family. Andy worked as a computer software engineer until his retirement in 2019.

Due to COVID, there will be no in-person memorial service, but a Zoom celebration of Andy’s life will be held Oct. 10, 2021. For more information on the memorial, please email jerisonmemorial@gmail.com. Friends wishing to make a donation in Andy’s name may do so with the Jewish Family Service Association of Cleveland, 216-292-3999, for their Holocaust Survivor Support Services program.

One Response to “Andy Jerison”