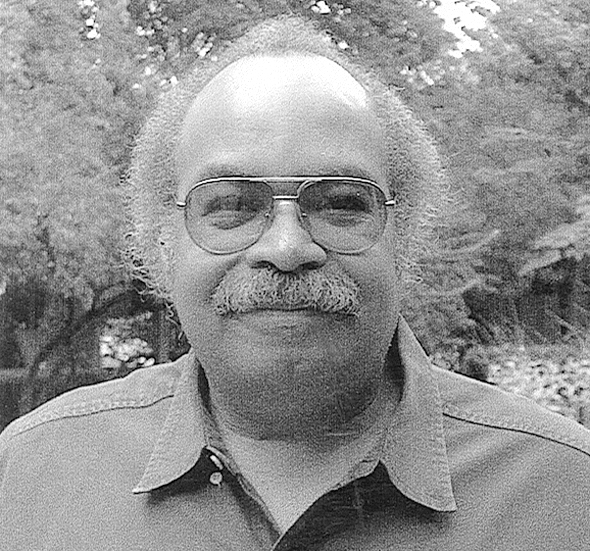 Mark Crockett, pictured above in 2001, was a township trustee for 20 years, as well as co-owner with his wife, Gail Zimmerman, of Rita Caz Jewelry, which they ran from 1986 until 2017. (Photo from the YS News Archives)

When Mark Crockett decided not to run for re-election as Miami Township Trustee in the Nov. 2021 election, he knew that it was the right choice. After serving for 20 years, Crockett has seen the township go through many changes.

Prior to running for a trustee’s seat, Crockett studied art at Wright State University, where he met his wife, Gail Zimmerman. They married in 1975 and had two children, Iden and Sara. Crockett and his wife opened their jewelry store, Rita Caz, in 1986.

“When you open a store, you really get to know the people in the community,” Crockett said.

Crockett would go on to know the community in a different way when he began volunteering with his children at the fire station.

“The schools required children to pick a place to do community service; Iden and Sara both picked the fire station,” Crockett said. “I spent so much time at the fire station, people started encouraging me to run for trustee.”

During his tenure as a township trustee, Crockett ran Rita Caz, which sold an eclectic mix of items including guitars, jewelry designed by Crockett and his wife Zimmerman, and African art. Crockett said that balancing his own business with the responsibilities of running the township worked because of the freedoms that owning a business allowed. 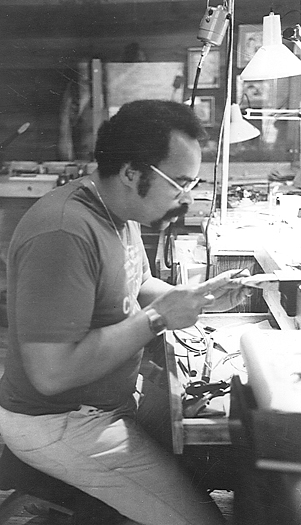 Mark Crockett at work in Rita Caz Jewelry in 1986, shortly after the store’s opening. (Photo from the YS News Archives)

“It could be hectic, but it was worthwhile,” he said. “Gail was an active partner in Rita Caz, so I could leave work as needed. The kids came to the shop after school, and we made it work.”

Crockett first ran for trustee in 2001, and since then has worked to maintain the township by making decisions that would help the township evolve as technology advanced and the makeup of township departments changed.

“When I started, the MTFR only had two paid staff members,” he said. “The rest were volunteers who only went to the firehouse when there was an emergency. This made the response time delayed.”

In addition to the changes to MTFR, Crockett said he was proud of the ways the township has addressed the changing needs, such as taking over care of the cemeteries and looking to address broadband needs of the township’s residents.

Crockett also said that building a better working relationship between the township and the village was one of his priorities, and that future trustees should “stay in touch in order to keep a strong relationship with the village.”

Crockett also emphasized the importance of communicating with constituents.

“You have to listen to their concerns,” he said.

Crockett believes that some of the township’s biggest accomplishments have been in collaboration with local organizations, including the Wheeling Gaunt Sculpture project, Tecumseh Land Trust and Community Solutions.

“I am personally proud of the Trustees’ part in the Wheeling Gaunt Memorial. Wheeling Gaunt helped people, hired people and continued to help in his will, which are all activities I would have supported as a trustee,” he said. “I was also very glad to pass the vote to begin Agraria.”

In all, Crockett said he was thankful for the opportunity to serve his community and the greater township.

“I want to thank everyone for the honor of serving as your trustee.”