Learning the nature of trauma

Over the past several months, the News has covered several topics that have been at turns controversial, disturbing, painful and divisive for many members of the community. Given the sensitive nature of some of the stories covered, the News recently reached out to Jennifer Whitacare, a certified trainer for the Community Resiliency Model, which teaches people how to address the physiological effects of trauma.

Whitacre is a former resident of Columbus who recently moved to New Mexico. Some of her trauma and resilience training occurred in Yellow Springs. She has familiarity with the community, but does not live in the community — an intentional decision made by the News for reasons of neutrality. An upcoming News article will explore community resiliency healing approaches in more detail.

In a recent interview conducted via Zoom, Whitacre told the News that trauma is often misunderstood.

“A misconception out in the world is that trauma has to do with what’s now called ‘shock trauma’ — that there has to be this overblown event,” she said. “People, decades later, only like to associate trauma or PTSD [post-traumatic stress syndrome] with veterans in the military who’ve seen combat. Trauma can come from a natural disaster, can come from a car wreck … a single incident.” 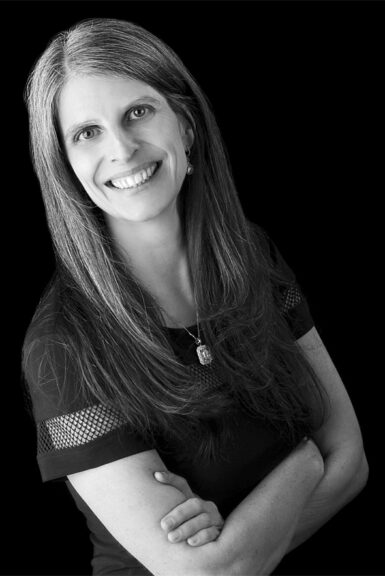 Jennifer Whitacre is an empowerment strategist and a a certified trainer for the Community Resiliency Model. (Photo courtesy of http://www.jenniferwhitacre.com)

Whitacre is trained in a psychotherapeutic approach called “compassionate inquiry,” developed by Dr. Gabor Maté, whose background includes experience in family and palliative care and treating patients struggling with mental illness and addiction. Whitacre said she utilizes Dr. Maté’s definition of trauma — that “trauma is not what happens to you, it’s not about the event.”

According to Whitacre’s resume, she provides trauma coaching that “addresses the physiological effects of trauma” and focuses on developmental, generational and collective trauma. She is also a certified trainer for the Community Resiliency Model, and helps people learn to self-regulate when experiencing stressful situations through “techniques based in Somatic Experiencing.”
Whitacre said part of understanding trauma is understanding that the body is hardwired for survival.

“If we look around our environment, and we miss a threat, evolution-wise, that could be the end of our life,” she said. “But if we miss a sunset, if we don’t stop and smell the roses, if we don’t take the time to sit down and cuddle and enjoy quality time with people in our lives, we’re not going to die from it, at least not immediately — that’s the slow death overtime from the chronic illness.”
She also said that trauma can take many forms, including complex trauma, which relates to the little things that affect us — particularly comparing ourselves to others or to the expectations others set for us.

“So, the more you hear that you’re stupid — ‘Why didn’t you do better in school? Your sister got better grades than you’ — it’s not the actual words of the parents saying you’re stupid, but the constant comparison,” she said. “Hearing that over and over and over leads to those beliefs inside of us, especially when they happen through childhood. ‘I’m stupid, I’m not good enough, I’m not smart enough, I’m not lovable enough, I’m not pretty enough’ — those little subtle messages get under the skin.”

Whitacre expanded on the notion that trauma is misunderstood, pointing out that the average person is not familiar with the symptoms of trauma.

“People avoid educating themselves about what to look for … because the symptoms of trauma are really quite normalized,” she said, adding that coping mechanisms, like laughter, are a common symptom.

“If you understand the coping mechanisms that come from trauma, you can see that the laughter itself is the coping mechanism,” she said. “That’s an avoidance tactic, so somehow the humor becomes the buffer, ‘I don’t have to feel this if I can laugh it off.’”

According to Whitacre, it’s important to educate people about trauma and how it affects communities before there is a crisis, because people have difficulty receiving information in the emotional state of a high-stress response.

“I would begin education right now, before you’re in the middle of the situation,” she said. “Getting education to land on people is going to be really difficult [when] emotions are high and when somebody is in an emotional state indicative of a fight or flight response or sympathetic activation within the body. Learning is not going to land when somebody is under stress or when they’re sympathetically activated.”

As an example, Whitacre pointed to children who live in high-stress situations, particularly those subjected to different forms of abuse, and who often struggle with their grades in school as a result.

All of your physiology is in your muscles, in your limbs, getting ready to escape the situation you’re in.”

Whitacre also said that people can build up a tolerance for trauma over time, developing a higher baseline of “rest and digest,” in which their bodies never return fully to a state of relaxation.

“It’s like building up tolerance to a substance our body can get used to,” she said. “We’ve constantly got some level of stress hormones pumping through our body, and that impedes our ability to learn.”

Whitacre said she came into a greater understanding of how trauma affects lives through her own personal experience when she took the 10-quesetion Adverse Childhood Experiences, or ACE, test. In that test, a point is given for every “yes” response to a question, and the more “yes” points received, the more likely that symptoms of trauma, and even chronic illnesses, were evident in adulthood.

“Physical symptoms like cardiovascular disease, diabetes, autoimmune diseases, or mental health problems, like PTSD, bipolar borderline personality disorder, things like that. You’re more likely to develop those things the higher your numbers are; it even feeds into cancers. How we were raised has a lot to do with the health that we experience over a lifetime, across the board, whether it’s mental, spiritual, emotional, physical,” Whitacre said.

She added that those who developed the ACE test are considering expanding it to include questions related to natural disasters and become more inclusive of experiences that are particular to Black, Indigenous, People of Color, or BIPOC, communities.

“What if a tornado takes out your home? BIPOC people were left off, so there wasn’t a lot in there about microaggressions, and you know, racial disparities and things like that,” Whitacre said.

Whitacre said that a tactic a therapist/practitioner sometimes uses to help people get through their traumas is to ask about a person who supported them emotionally when they were children.

“I didn’t have support,” she said.

Whitacre grew up in a rural community in southeastern Ohio that, according to her, has similar social dynamics to Yellow Springs.

“I lived in a small, gossipy community, and it was normalized in the community where I grew up for people to be up in everybody’s business all the time. It was normalized for the neighbors to talk about everybody else, and to spread their opinions. It was a lot like the drive-in scene in the movie ‘Grease,’ where you know, a rumor gets back to the car from the bathroom before she does,” Whitacre said, referencing a scene in the movie involving pregnancy rumors about one of the main characters.

Whitacre said that her situation was so extreme, she couldn’t reach out to her grandparents.

“I would reach out to somebody in my community, somebody that I thought I could trust, but because that gossip was so normalized, it would get back to my parents and then there would be hell to pay,” she said.

Lacking support in childhood, Whitacre said she started taking training to be her own support, to learn about trauma, and to move away from some of her trauma responses learned as a child.

“My trauma responses are being hyper independent, keeping a distance from connecting too closely with anybody, not reaching out, the belief that I had to do it all myself, and the resistance to asking for help,” she said.

Many people, like Whitacre, learn about trauma outside of traditional educational settings.

“[Trauma informed] education isn’t taught in school, but the information is there if you just go look for it,” she said.

7 Responses to “Learning the nature of trauma”