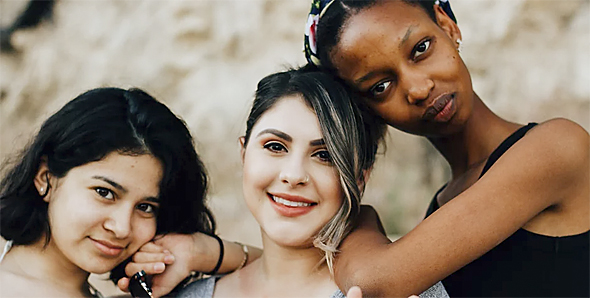 The Yellow Springs-based Feminist Health Fund is a registered 501(c)(3) organization that provides assistance to women in Greene County for health related expenses during times of financial hardship. (Photo from www.feministhealthfund.org)

For more than 40 years, the village-based nonprofit Feminist Health Fund has helped women around Greene County pay for a variety of health-related costs, funding everything from prescriptions to operations — and because those who benefit from the fund are kept anonymous, it has often done so outside of the gaze of the public eye.

Now, as medical costs in Greene County and beyond continue to rise, the nonprofit is emerging with the aim of alerting the wider community to its work and maintaining its ability to help women pay for medical care through a fundraising appeal.

The Feminist Health Fund was founded in 1980 after a group of local women raised money to fund treatments not covered by medical insurance for a friend who was living with cancer. Alex Klug, who is vice president of the organization’s all-volunteer board, told the News in a recent interview that the organization has expanded its reach over the decades, making personal grants to any Greene County resident who identifies as a woman for a wide variety of health-related costs.

“​​We used to focus mostly on life-threatening [illnesses] like cancers — we’ve really expanded that into anything that’s medically related,” Klug said.

Klug said that, in the last several years, the Feminist Health Fund has made personal grants for doctor’s visits, bodywork, physical and mental health therapy, medical beds for in-home care, hearing devices and motorized scooters, among other things. The board doesn’t constrain what will be considered for funding to a list or set of guidelines, choosing instead to disburse monies on a case-by-case basis via an application process. For that reason, any local woman who could use aid in paying for medical costs of any kind is encouraged to apply.

In addition to personal grants, the Feminist Health Fund has also supported a number of partnerships and projects aimed at health and wellness for women and girls, including a needle exchange program with the Greene County Department of Health; support for Days for Girls, an international organization that provides women and girls with access to menstrual health and hygiene materials and education; and funding bodywork and physical therapy at a women’s shelter in Xenia.

The organization, in partnership with YS Schools, was recently awarded a grant from the YS Community Foundation to install dispensers for menstruation supplies in the schools through the Aunt Flow company.

“[The products will] be available for students, staff and visitors,” Klug said, adding that the Feminist Health Fund will need to continue to raise funds to keep the dispensers stocked with supplies.

“​​It’s really important that these kinds of initiatives can last,” she said.

The Feminist Health Fund’s commitment to anonymity has always been a boon to those who use its resources — but Klug said this discretion is also something of a challenge when it comes to fundraising.

“[The fund] has really relied on word-of-mouth for a long time — you had to know somebody who knew about it,” she said.

Upon its establishment, word of the organization’s work spread from its founding women, and sustaining donations for the fund came in through the circles to which those founders were connected.

“But we realize that generationally, or over time, [public education about the fund] hasn’t continued,” Klug said. “So we have a very small donor list right now.”

Because awareness of the fund and donations have diminished, the Feminist Health Fund has implemented a waitlist for those seeking grants — which Klug said is an unusual practice for the organization.

“We’ve had to tell a few women that we can’t fund them right now, and that’s really hard — especially when those amounts haven’t exceeded a few thousand dollars,” she said. “So this really is us attempting to create a fundraising campaign.”

Looking at the year ahead, Klug said the organization hopes to raise $35,000 and expects that more than 90% of funds raised will go directly to paying for personal grants and projects. General operating costs are projected to be low — less than 8% — and Klug added that the organization aims to expend a small portion of those costs on making the organization and its work more visible to both potential donors and potential beneficiaries.

“That’s something I think gets forgotten a lot with smaller nonprofits — that marketing piece,” she said. “While we would love to have that done for free, we are also mindful that people need to make money — so we’ve included a small figure in the budget to pay [a local graphic designer] for a marketing campaign.”

The Feminist Health Fund is able to keep its operating costs low by being entirely volunteer-led. Klug said that those who would like to support the organization through nonmonetary means might consider volunteering to serve on its board; letters of interest are currently being accepted for board positions.

Klug has herself served on the board for three-and-a-half years, motivated by an inclination toward “justice-minded” work she’s held since youth, as well as the fact that she has lived with a chronic illness since she was a teenager.

“My family was middle class, and I recognize the privilege I have as a white woman, but [costs related to my illness] were still a stressor for us,” she said. “So even at a young age, I thought, ‘If this is bad for us, how bad is it for people who really are living in poverty?’”

With that thought in mind, Klug cited a 2017 Kaiser Women’s Health Survey, which found that one in four women ages 18 to 64 reported delaying or going without medical care due to high costs.

“I hear stories like these consistently from women from different economic backgrounds — it doesn’t seem like there’s almost anybody who has not been touched by this,” she said. “So I love that this group has been able to improve and even save the lives of a lot of women.”